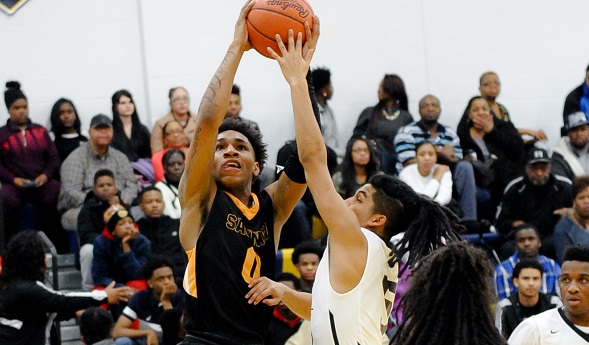 By Geoff Kimmerly
Second Half

This week’s list of Michigan boys basketball teams to watch next month includes quite a few that have taken next steps toward elite this season, plus a few looking to hold on to top spots.

Most weeks during the season, we check in with four teams from each class that have been especially impressive. After a bit of a hiatus, we’re back for the rest of the winter starting with this look at 16 more.

Detroit East English (15-3) – The Bulldogs won a nail-biter over Detroit Collegiate Prep to advance to the Detroit Public School League tournament final, then won their first PSL tournament championship with an 86-62 victory over Renaissance.

North Farmington (15-2) – The Raiders have been surging since last losing Jan. 14 to Clarkston; they’ve won eight straight, including beating Clarkston 58-53 on Feb. 12, and are tied with Clarkston for first in the Oakland Activities Association Red standings with two league games to play.

Petoskey (15-1) – The Northmen are a perfect 10-0 in Big North Conference play and have lost only to Cheboygan, by a point Jan. 5. Petoskey must beat Gaylord tonight and then finish a season sweep against second-place Traverse City Central on Friday in order to clinch the league title outright.

Ypsilanti Community (15-1) – The Grizzlies are Class A contenders and have their destiny in their control; they can clinch the Southeastern Conference White title outright by winning out.

Birch Run (15-2) – Save for a two-game losing streak over six days in early January, Birch Run has been on point and sits second in the Tri-Valley Conference East. The Panthers take on league leader Frankenmuth on Wednesday with a chance to take a share of first place.

South Haven (14-2) – The Rams have clinched the outright Wolverine Conference North championship after tying for second in the South a year ago. A one-point loss last week to Edwardsburg was the team’s first since opening night.

Wayland (15-1) – The Wildcats earned a share of the Ottawa-Kent Conference Gold title with an 81-41 win over Hastings on Friday and have won 12 straight since their only loss, 63-56 to Grand Rapids Forest Hills Central on Dec. 29. Wayland finished second in the league last season.

Wyoming Godwin Heights (15-2) – The Wolverines earned a share of the O-K Silver title by beating Hopkins 77-42 on Friday, coming off a surprise three-point loss to Portage Northern three nights before. The reigning Class B champion hadn’t fallen since opening night, but Northern is solid in Class A at 11-5.

Kalamazoo Hackett (16-0) – The Fighting Irish have won the Southwestern Athletic Conference Valley title and need only one more win to equal last season’s team that finished 17-7.  They haven’t had an opponent come within single digits since Schoolcraft – their next opponent – did so Feb. 1.

Muskegon Heights Academy (13-2) – The Tigers’ only losses were to Class A teams – Rockford last week and Battle Creek Central in December. They’ve equaled the 13 games won all of last season and with four more to play before the tournament begins.

Niles Brandywine (13-5) – The Bobcats came back from a three-game losing streak Feb. 5-12 to win twice on back-to-back nights last week and hold a half-win lead on Bridgman in the Berrien-Cass-St. Joseph Conference Red with a league game to play.

Southfield Christian (16-1) – The Eagles have won 14 straight since falling to West Bloomfield by a point in overtime Dec. 12, and they can finish a perfect run in the Michigan Independent Athletic Conference Blue by beating fourth-place Ann Arbor Greenhills this week. They own wins over Belleville by a point and Southfield by three.

Bellaire (15-1) – The Eagles have won 12 straight since falling to East Jordan on Dec. 18 and can clinch a share of the Ski Valley Conference championship against fourth-place Indian River Inland Lakes tonight after handing second-place Johannesburg-Lewiston a loss on Friday.

Frankfort (15-1) – The Panthers finished their first back-to-back league titles since 1961-62 by beating Buckley on Friday to clinch the Northwest Conference championship; they lost only to Traverse City St. Francis, by a point Dec. 17.

Onekama (15-2) – The Portagers clinched the West Michigan D League title outright with a win over Custer Mason County Eastern on Friday after tying annual league power Baldwin for the title last season; Onekama has a two-game lead on Baldwin this time.

Wyoming Potter’s House Christian (14-3) – The Pumas’ 80-50 win over two-loss Kalamazoo Heritage Christian last week earned them the Alliance League South title; their losses this winter were by a combined six points, and they beat Pewamo-Westphalia 55-53 on Friday to extend their winning streak to 11.

PHOTO: Rivals Saginaw and Saginaw Arthur Hill are among many teams prepping for tournament runs with Districts set to begin in two weeks. (Click for more from HighSchoolSportsScene.com.)