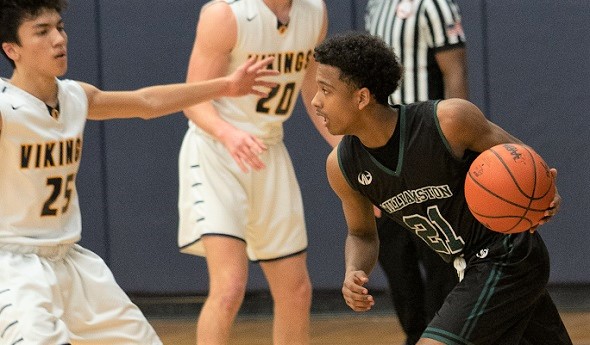 We’re a week from the start of the MHSAA Boys Basketball Tournament, but the playoff atmosphere has taken over these last few weeks of the regular season as well. 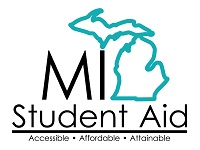 Today’s report looks at a number of teams that wrapped up championships over the last seven days and others that have the opportunity to do the same over the next seven before our three-week trip to Breslin Center begins.

4. Traverse City Central 35, Traverse City West 32 – The Trojans (16-3) earned themselves an opportunity to claim a share of the Big North Conference title by finishing a sweep of West (7-11) that saw both games decided by a combined five points.

5. Lansing Everett 63, East Lansing 60 – The Vikings (11-9) are guaranteed to finish third in the Capital Area Activities Conference Blue, but affected the league title big-time last week by following a 15-point loss to Okemos with this upset of the formerly co-leading Trojans (16-2) that gave the Chiefs the championship outright.

Detroit Cass Tech (17-1) Mr. Basketball Award finalist Tyson Acuff has led the Technicians to within a basket of a perfect season so far. Cass Tech defeated Detroit Douglass 66-41 on Feb. 14 to add the Detroit Public School League Tournament title to its PSL West championship, and it’s only slip-up was a one-point loss to Flint Carman-Ainsworth on Dec. 30. Wins over Macomb Dakota (17-3), Saginaw (10-8), Canton (13-6), Mumford (11-8) and East Kentwood (11-8) also are among the most notable.

Flint Carman-Ainsworth (15-5) As noted just above, Carman-Ainsworth handed Cass Tech its lone loss –an accomplishment in itself. But the Cavaliers also gave Goodrich (18-1) its only defeat while picking up a pair of wins over Saginaw and Davison (10-9) and one apiece against Arthur Hill (11-9), Grand Rapids Union (12-7) and Flushing (12-8). Carman-Ainsworth finished behind Grand Blanc in the SVL Blue, and the other three teams it lost to have only one loss apiece – Clarkston, Mount Pleasant and Flint Beecher.

Hudsonville Unity Christian (15-4) The reigning Division 2 champion has had just a few close slip-ups along the way this winter and always bounced back, and clinched the Ottawa-Kent Conference Green title outright by avenging one of those Friday against Byron Center. Those four losses – to Hudsonville, Grand Rapids South Christian, Byron Center and Zeeland East – were by a combined 13 points, and the South Christian defeat came in overtime. The Crusaders do have a two-point win over Holland West Ottawa (13-6) and also defeated first-round District opponent Allendale (13-6) by 16 in December.

Williamston (17-2) A 57-50 loss to Lansing Eastern two weeks ago turned the CAAC Red championship into a shared celebration between the Quakers and Hornets. But it’s been otherwise another strong run as Williamston is up to No. 6 in Division 2 MPR and pushing for what would be a fifth-straight 20-win season. The Hornets’ only other loss came in the opener to East Lansing (16-2), and they beat Eastern (13-5) by 17 in the teams’ first meeting and downed Lansing Catholic (15-4) by 14 also in December. Total, the Hornets have won outright or shared league titles eight straight seasons.

Pewamo-Westphalia (16-1) The reigning Division 3 champion quietly has won 15 straight since suffering its lone loss 61-59 to Laingsburg on Dec. 19. P-W defeated Laingsburg 54-36 in the Feb. 7 rematch and leads the Wolfpack in the Central Michigan Athletic Conference standings by half a game. The Pirates additionally have nice nonleague wins over Clare (14-5), Dearborn Advanced Tech (14-5), Carson City-Crystal (10-8) and Wyoming Tri-unity Christian (12-6) as they prepare for another possible postseason run.

Unionville-Sebewaing (16-2) Despite seeing their 31-game league winning streak snapped by Reese in December, the Patriots bounced back to share the Greater Thumb Conference West title with the Rockets. The only other defeat came to Division 2 contender Bridgeport (18-1), although the Patriots will tune up with another tough Division 2 opponent Tuesday at Clio (14-5). USA also has 20-plus point wins over GTC East co-leaders Harbor Beach and Sandusky, and over the 16 wins only Bad Axe has gotten within single digits of the Patriots. USA won their first meeting by one, but Friday’s rematch by 12.

Camden-Frontier (16-3) The Redskins trail Hillsdale Academy by a game in the Southern Central Athletic Association East with two to play. But they rank No. 6 in Division 4 MPR, one spot ahead of Hillsdale Academy, thanks in part to splits with the Colts (17-2) and Reading (15-4) and a win over Battle Creek St. Philip (13-6). The only other loss came to Bellevue (16-2). One more win will give Camden-Frontier 17 for the third season in a row, and 18 would be a program high over at least the last decade.

Webberville (14-4) The Spartans are tied for second with Division 3 Burton Bendle (16-3) behind Flint Beecher (18-1) in the Genesee Area Conference – impressive, especially considering Webberville won the second game against Bendle 72-59 on Jan. 28. Webberville last week handed Division 2 Ovid-Elsie (18-1) its lone loss, further justifying it as a team to watch over the next few weeks against opponents its size. The Spartans won 16 games both of the last two seasons and also won their District in 2019, so they could be set to take another step.

Tuesday – Grand Blanc (16-3) at Flint Beecher (18-1) – The Flint area has thrived this season with Carman-Ainsworth and Southwestern also providing big boosts, but this has been the most highly-anticipated matchup between the best in and around the city.

Thursday – Orchard Lake St. Mary’s (18-1) vs. Detroit Cass Tech (17-1) – As mentioned in discussing both above, this brings together the best of the Catholic League and PSL for the annual Operation Friendship.

PHOTO: Williamston, here during its first meeting with Haslett, finished a season sweep of the Vikings last week on the way to claiming a share of a league title. (Click for more from HighSchoolSportsScene.com.)