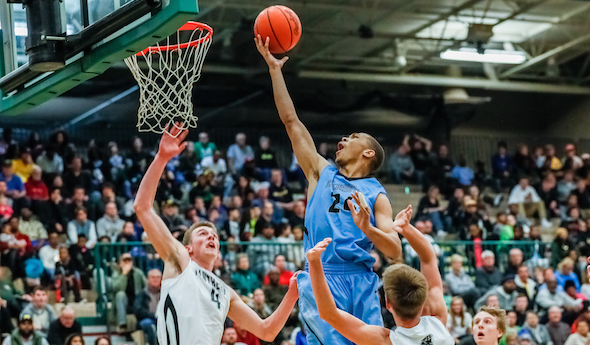 How quickly can a lackluster season become a distant memory?

Ask a few of the teams we’ve highlighted in this week’s Breslin Bound Boys Report, powered by MI Student Aid.

Two of the eight on our “Watch List” this week have already won more games this winter than in all of 2015-16, and a third team could equal last season’s total by the end of this week.

1. Clarkston 60, Flint Carman-Ainsworth 47 – The Wolves remain undefeated at 8-0 after handing Carman-Ainsworth its first loss (and later in the week doing the same to Walled Lake Western).

2. Detroit U-D Jesuit 71, Romulus 58 – The Cubs finished nonleague play at 5-2 and with one more solid win over a Class A power heading into the Detroit Catholic League schedule.

3. Ann Arbor Skyline 74, Belleville 71 – Skyline is tied for the lead in the Southeastern Conference Red, but handing Belleville its first loss may have surprised a few even though Skyline has broken 70 points five of the last six games.

5. Holt 59, Okemos 49 – This gave the Rams an early co-lead with East Lansing in the Capital Area Activities Conference Blue and added to a 4-2 start with those losses by a combined seven points.

Davison (6-1) – After watching the football team make a nice jump in the fall, the basketball team is doing the same coming off a 5-16 finish. The only defeat was to one-loss Carman-Ainsworth.

Bloomfield Hills (6-1) – The Black Hawks are two wins better than at this point a year ago, with their only loss to Orchard Lake St. Mary’s. They should provide a nice challenge to Clarkston in the Oakland Activities Association Red.

Hillsdale (6-0) – The Hornets are always in the mix, and got off to another fast start this winter after ending last year’s 18-win campaign with a three-point loss in their first District game. Last week’s double-overtime win over Onsted might be the best so far.

Wyoming Kelloggsville (5-0) – The Rockets could be in the midst of another of the most significant turnarounds in the state this winter, going 7-15 a year ago but most recently handing a one-point loss to reigning Class C runner-up Grandville Calvin Christian.

Maple City Glen Lake (5-0) – The Lakers opened this season by avenging last year’s season-ending loss to Traverse City St. Francis, and since they’ve played to a first-place tie in the Northwest Conference with rival Frankfort. Thursday opponent Buckley will provide another major test.

Munising (6-0) – After finishing 11-10 and falling in its first postseason game last winter, Munising is more than halfway to a better finish. This start included an avenging of that season-ending loss to Rock Mid-Peninsula and three victories total by five or fewer points.

Bellevue (4-0) – The Broncos have been riding a nice run the last few seasons, winning 18 games a year ago. They already own a win over Climax-Scotts, the team with which they shared the Southern Central Athletic Association West title last winter.

Marcellus (4-1) – The Wildcats also are on the rebound, having already surpassed last season’s three wins. The lone loss was a three-pointer to Constantine during the season’s first week.

Tuesday – Grand Rapids Christian (4-0) at Wayland (4-1) – These two and Wyoming look like the contenders in the O-K Gold, with Christian one to chase both in the league and Class A statewide.

Tuesday – Bellaire (5-1) at Gaylord St. Mary (5-1) – These two are contenders in the Ski Valley Conference, but also stand to be among Class D’s best from just below the bridge.

Friday – Saginaw (6-1) at Saginaw Arthur Hill (4-2) – One of the oldest rivalries in state history remains one of the best, with this and the Feb. 3 matchup likely to decide the Saginaw Valley League North title winner.

Friday – Holt (4-2) at East Lansing (6-0) – The Trojans have high hopes in Class A this season, but first comes taking care of the CAAC Blue and a strong field including the Rams (also mentioned above).

Saturday – Detroit East English (5-0) vs. Kalamazoo Central (5-0) at Grand Rapids Ottawa Hills – Arguably the top matchup of the Floyd Mayweather Classic, this one pits two of the best in Class A.

PHOTO: Grand Rapids Christian, driving to the basket, downed Holland West Ottawa on Dec. 28 as part of its 4-0 start. (Photo by Tim Reilly.)