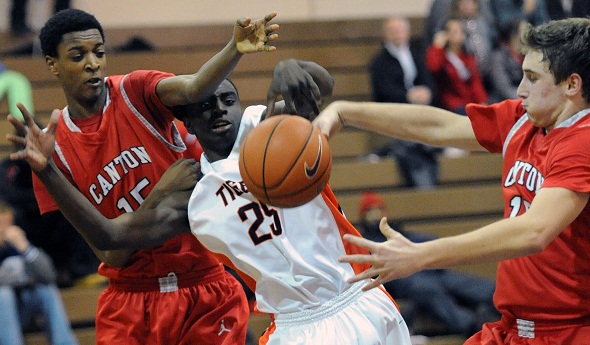 Eight weeks of success is enough to expect that any team still undefeated – like our top team among last week's high performers – should keep making noise over the month and a half to come.

But there's something to be said about starting anew on Jan. 1. And we've got a few on this week's list as well that have surged since the calendar year got a new start.

Remember, results and overall records below are those listed in our MHSAA Score Center. Are either incorrect? Please help us out after filling in this brief registration.

1. Big Rapids (11-0) – The Cardinals have won 20 straight regular-season games dating back to the mid-point of last winter and lead the Central State Activities Association.

2. Rochester Adams (10-1) – The Highlanders’ lone loss came against Oxford all the way back on Dec. 14; they’ve won four straight by double figures and are just two wins from equaling last season’s total.

3. Zeeland East (10-2) – The Chix are in first place by a win over two others in the O-K Black and have won four straight including beating league favorite Muskegon 67-61 on Friday.

5. Lansing Waverly (9-2) – The Warriors opened this season with losses to Holt and Jackson Lumen Christi by a combined five points, but since have won nine straight including avenging that loss to the Titans on Friday.

6. Bessemer (10-1) – The Speedboys are undefeated in-state, with their only loss to Washburn, Wis., after winning 10 games total last season.

7. Crystal Falls Forest Park (6-3) – The Trojans opened this winter with two losses, but are on a roll and edged 2012 Class D Semifinalist Carney-Nadeau on Friday, 70-67.

8. Pittsford (9-2) – The Wildcats hit a rough patch from Jan. 11-15, when they lost two games; otherwise, they’re undefeated this season.

9. Temperance Bedford (8-1) – Despite losing to Sylvania Southview of Ohio on Saturday, the Kicking Mules opened with eight straight wins and beat Ann Arbor Pioneer 56-54 the night before.

10. Canton (7-5) – The Chiefs also are running well in January with five straight wins including Friday’s 55-50 victory over Westland John Glenn which avenged their last lost before the run, 53-48 to John Glenn on Jan. 4.

PHOTO: Canton players (in red) try to gather a loose ball during a game against Cincinnati Withrow on Dec. 28 at Detroit County Day. (Click to see more at HighSchoolSportsScene.com.)