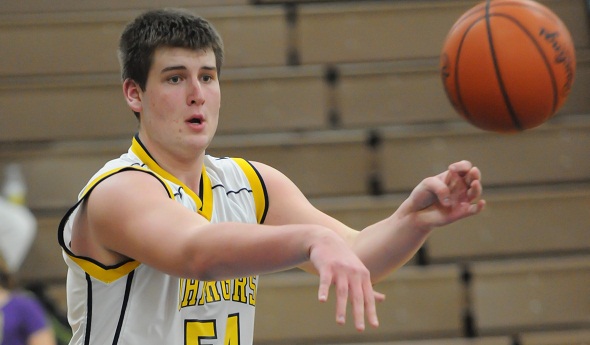 Being successful in the MHSAA Tournament can be all about playing well at the right time.

Some of the records for teams on this week's list of high performers aren't too pretty. But if these teams can keep up their strong play the rest of this month, postseason foes better beware.

Results and overall records below again are drawn from our MHSAA Score Center. The Breslin Bound report will not be published next week but will return Feb. 18

3. Battle Creek Central (11-2) – The Bearcats' two losses came over a four-game span to Richland Gull Lake and Holt; they avenged the first by beating Gull Lake 50-45 on Friday.

5. East Jackson (9-4) – The Trojans have bounced back from three straight losses with four straight wins, including victories over solid Napoleon and Vandercook Lake.

6. Cass City (9-4) – The Red Hawks need one more win to tie last season’s total and are second in the Greater Thumb Conference West; they got one win closer to first by beating league leader Reese 52-47 last week.

8. Powers North Central (9-2) – The Jets have won five straight and beat Carney-Nadeau 52-49 last week to avenge their first loss of this season.

9. Williamston (7-6) – The Hornets have been up and down, starting 0-3, and now winning three straight for a second time. This streak includes a victory over impressive Class A DeWitt last week.

10. Paw Paw (8-5) – The Redskins have won four straight and five of their last six, and during this streak avenged an opening-night loss to Vicksburg with a 17-point victory.