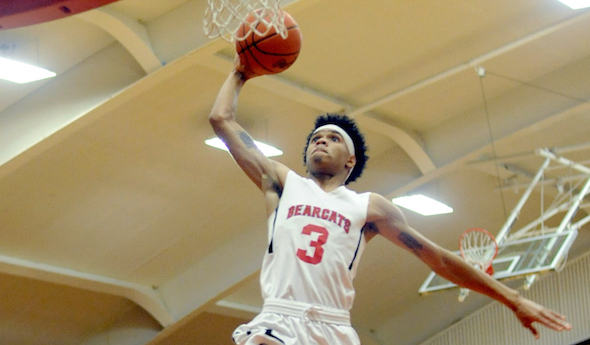 A record-setting boys basketball season enjoyed another highlight last week when Beaverton’s Roy Johnston set the MHSAA record for career coaching victories with his 729th, a 61-24 win over Farwell.

With some pretty significant highlights now in the history books, the state’s hoops scene will turn it’s attention to the final three weeks of the regular season – and lining things up for what should be another exciting March. This week’s top matchups are a highlight of our latest Breslin Bound report – powered by MI Student Aid.

2. Cornerstone Health & Technology 55, River Rouge 50 – The Class C Wolves are an intriguing contender in that class and handed the Class B Panthers their only loss.

3. Walled Lake Northern 42, Walled Lake Western 23 – After falling by seven to Western in overtime in their first meeting, Northern moved into a first-place tie with its rival in the Kensington Lakes Activities Association North after another neighbor, Walled Lake Central, followed by handing Western a second loss in a row.

4. Portage Central 70, Benton Harbor 64 (OT) – The Mustangs bounced back from a painful 24-point loss to Kalamazoo Central to hand Benton Harbor also its first loss of this season.

5. Grand Rapids Covenant Christian 80, Lansing Christian 67 – The Chargers got to 10 wins by handing only the third loss this season to the Pilgrims, who were ranked No. 1 in Class D earlier this winter.

Rochester Hills Stoney Creek (11-3) – After a brief slowdown midseason, the Cougars are moving again with five straight wins to solidify their spot atop the Oakland Activities Association Blue at the midpoint in the league schedule. Another title would be Stoney Creek’s second straight.

Westland John Glenn (12-1) – Coach Rod Watts, who previously turned around Lansing Eastern’s program, has John Glenn back in the mix after a couple of middling seasons. The Rockets have equaled last winter’s 12 wins and avenged the lone loss, to Canton, with a 57-51 win last week to pull into a tie for first place in the KLAA South.

Detroit Collegiate Prep (12-2) – The Colts will enter this week’s Detroit PSL tournament as the undefeated champion of the league’s West Division 2 after also winning the division and a District title a year ago. They won all 10 league games this winter by double digits.

Sanford Meridian Early College (12-1) – The Mustangs, who finished second to Beaverton in the Jack Pine Conference a year ago, put an end to the Beavers’ celebration last week with a triple-overtime win in the next game after Johnston set the coaching record. Both have one loss in the league after splitting this season.

New Buffalo (9-4) – After finishing two wins behind champion Cassopolis last season, New Buffalo is tied for first after handing the Rangers their only Berrien-Cass-St. Joseph Blue loss on Jan. 27. They meet again Feb. 18 in a make-up of what was supposed to be the first matchup this season.

Schoolcraft (12-1) – An 11-point loss to undefeated Kalamazoo Hackett on Jan. 10 is all that has kept Schoolcraft from being the team with the perfect record and first place in the Southwestern Athletic Conference Valley. They meet again Feb. 21; Schoolcraft has won all of its last five games by at least 40 points and should provide quite a challenge.

Gaylord St. Mary (10-4) – The Snowbirds will have a tough time catching Bellaire in the Ski Valley Conference – they have three league losses and Bellaire has none. But this season is a giant success so far after St. Mary went 8-13 a year ago, and it does get a shot at Bellaire again Feb. 15 after losing their first meeting by 11.

Holland Calvary (9-3) – The Crusaders have won three straight and six of their last seven, including 61-51 last week over Holland Black River to move into first place alone in the Alliance League. Calvary is going for its sixth straight league title – the last handful came with the conference split into divisions, but all eight schools are in one again this winter – and needs only two more wins to equal last season’s overall total.

Friday – Frankenmuth (11-1) at Bridgeport (13-0) – The Eagles’ only loss was 69-59 to the Bearcats on Dec. 13, and this rematch should end up sealing if the teams share the Tri-Valley Conference East title or Bridgeport wins outright.

Friday – Detroit Catholic Central (9-4) at Detroit U-D Jesuit (10-3) – The Shamrocks stunned Jesuit 52-51 only two weeks ago and have an outside chance of sharing the Detroit Catholic League Central title with another win.

Friday – Norway (13-0) at Iron Mountain (12-2) – A loss to Ishpeming on Friday hurt Iron Mountain’s title chances, but the Mountaineers could still shake up the Mid-Peninsula Athletic Conference a bit by handing leader Norway a first loss.

Saturday – Muskegon (13-0) at Ypsilanti Community (10-3) – These are stacking up as two of the contenders in Class A, and this could be one of the last telling nonleague games of this regular season.

PHOTO: Bridgeport takes on Frankenmuth on Friday in one of the most notable games in the Saginaw area and statewide in Class B. (Click for more from HighSchoolSportsScene.com.)