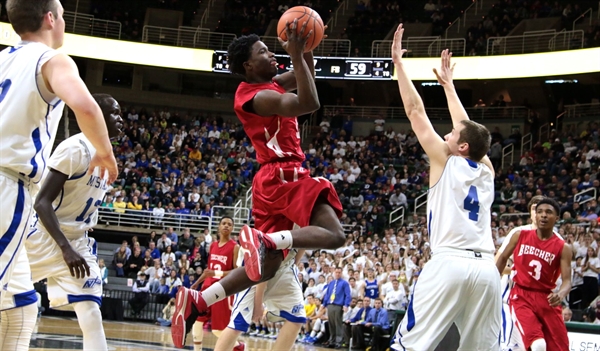 It was certainly an understated look for a team with much loftier goals than league titles.

The expectation for young basketball players growing up in the Beecher community the past 40 years has been MHSAA Finals championships — and nothing less.

This year's players added their names to the list of greats who have gone before them by beating Grand Rapids NorthPointe Christian, 78-52, in the MHSAA Class C title game at the Breslin Center.

It was Beecher's third championship in the last four years and sixth overall. The Buccaneers have played in 10 Finals and 16 Semifinals over the last 40 years.

There were some down years as well. But all any of the current players can remember are Beecher teams that have been legitimate threats to win it all.

"We don't think about losing," Beecher coach Mike Williams said. "We prepare to win. We don't prepare to lose. We set a standard that we want to win championships. It's important that the kids learn how to set goals and how to work toward them. That's one thing they get from me is that discipline, that structure that in life there's going to be competition, no matter what you do or where you go. You need to learn how to prepare.

There was no doubt Beecher was the best team in Class C this season.

The Buccaneers (26-1) won their eight postseason games by an average margin of 31.4 points, with the closest game an 18-point decision over Southfield Christian in the Regional Final.

Not even a team good enough to play on the final day of the season could pose a serious threat to this Buccaneers squad. Beecher scored the first eight points of the game and led by 23 early in the second quarter.

"You know, they're a great team," NorthPointe coach Jared Redell said. "They've been the gold standard of Class C basketball for a long time. ... Obviously, Flint Beecher's been here a ton. They know what to expect. All those kids growing up, when they're in middle school watching the high school kids win state championships and coming to the Breslin Center all the time, that has a big part in terms of the culture of the school."

This would have been Beecher's sixth straight trip to the Breslin Center if not for a devastating loss to Pewamo-Westphalia in last year's Quarterfinals. The Buccaneers led by four points with less than 15 seconds to go, but lost 42-41.

It was a painful memory that drove the Buccaneers all season.

"Last year we learned we can't take anything for granted," said senior Samuel Toins, who was 5 for 10 from 3-point range while scoring 17 points. "Every day in practice, we went hard and didn't goof around. I just wanted to lead my team and leave my legacy with this program."

Junior Aquavius Burks is the only Buccaneer who played in the nail-biter championship game Beecher won 40-39 against Laingsburg two years ago, scoring nine points in 21 minutes in that game. Backup Mike Herd was on the varsity that season. 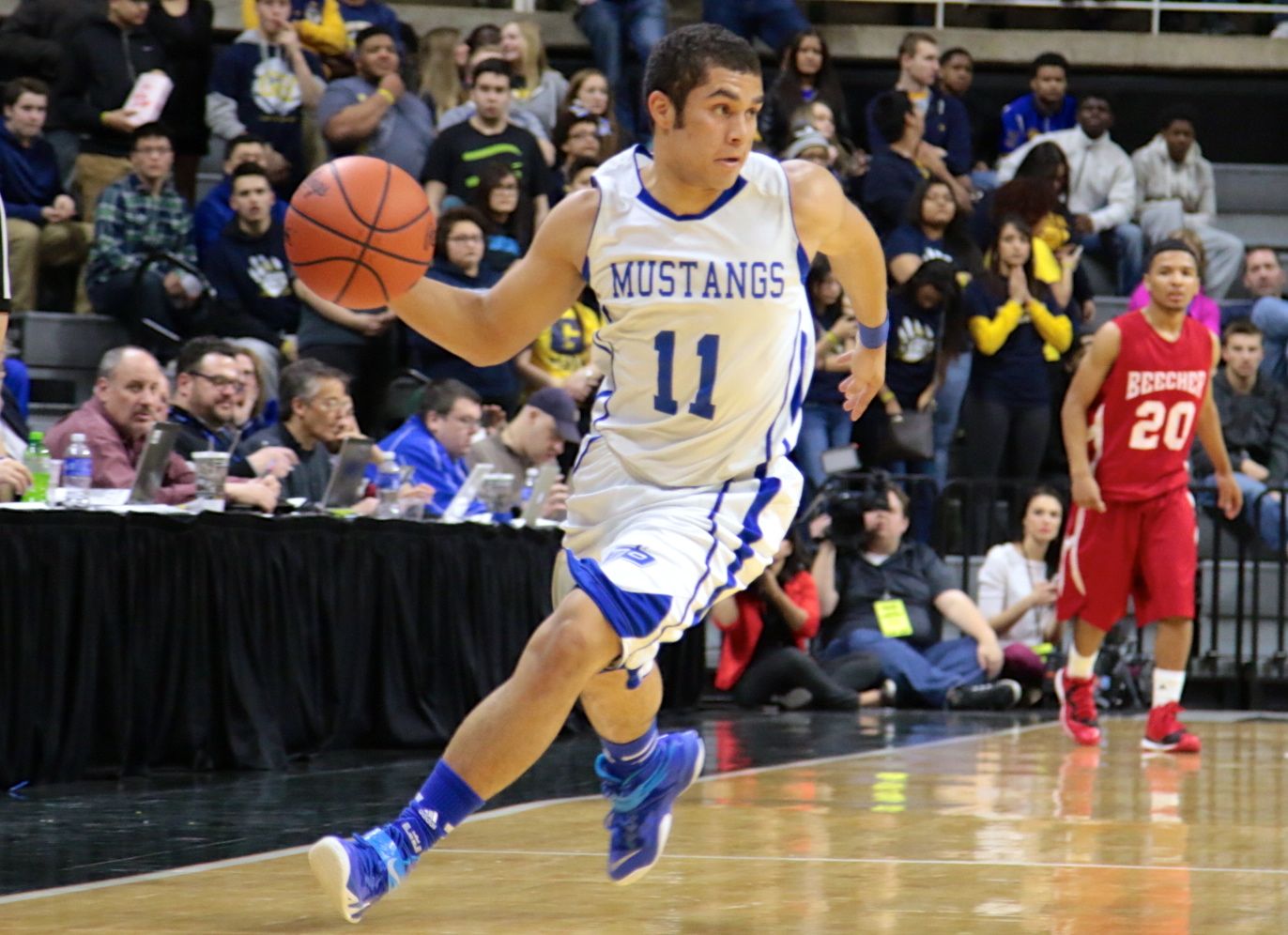 Burks was one of four Buccaneers in double figures on Saturday, scoring 15 points to go with 11 rebounds, five assists, three steals and two blocks.

"I feel relieved it's over with and we won," Burks said.

Other than Burks, it was an entirely different cast. The 2012 and 2013 championship teams were led by Monte Morris, the 2013 Mr. Basketball who is having a successful career at Iowa State. Morris, whose Cyclones were upset in the first round of the NCAA tournament, was in the stands cheering on his alma mater Saturday.

"That's like their big brother," Williams said. "We knew he was coming home. He was at practice yesterday. Monte was calling, keeping up with us the whole way."

There would be no repeat of 2013, when Beecher had to hold on for dear life to turn aside an upset bid by Laingsburg.

The Buccaneers were up 8-0 with 5:52 left in the first quarter and build leads of 25-5 and 28-8 during that opening period. A 3-pointer by Malik Ellison with 6:48 left in the second quarter made it 33-10 before the Mustangs (21-6) were able to settle down and play on relatively even terms the rest of the game.

"I felt like if we got out to a good start that we could play with them, and it was the start that killed us," Redell said. "We were down 20 at the end of the first quarter. Part of it was, obviously, them and their pressure. The other part was we're not beating them shooting 30 percent from the floor. We had to come out and make shots in order to be right there with them."

Beecher's trademark pressure defense led to an 18-6 advantage in points off of turnovers for the Buccaneers.

NorthPointe got within 33-17 midway through the second quarter, but Beecher responded with a 12-2 run. Beecher shot 52.9 percent in the first half on its way to a 45-21 lead at the break.

The lead reached 52-26 with 5:04 left in the third quarter. The closest NorthPointe got after that was 18 points.

All-stater Cedric Moten shot 11 for 13 from the floor while scoring a game-high 24 points.

"I just came out and tried to do my best to help my team win," Moten said. "That's basically it. Whatever it took to get the win was what I was going to do. The shots were going in."

Ellison, a sophomore who took over for Morris last year as the starting point guard, had 10 points. Levane Blake grabbed 10 rebounds.