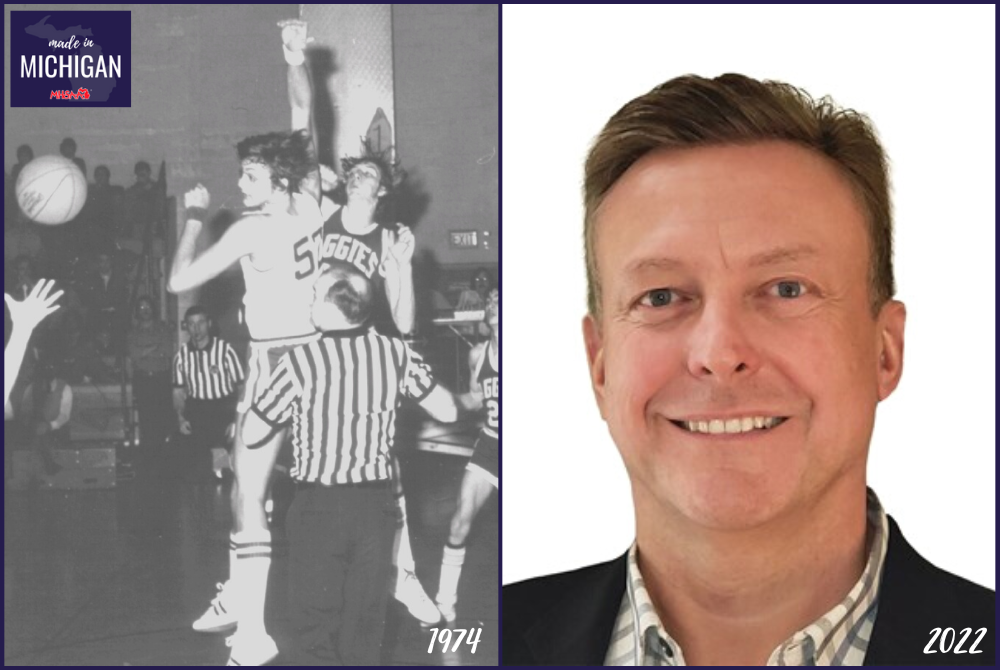 It took about four decades, but a couple of years ago, Len Lillard finally got to watch the 1974 Class D Boys Basketball Final.

The outcome, of course, was the same as when Lillard, a star 6-foot-7 center from Ann Arbor St. Thomas, dominated the game and led the Irish to the championship that March. But it was just as fun to watch it once more.

“It was great fun to watch,” Lillard said. “It was interesting, to say the least.”

Lillard had a sensational athletic career at St. Thomas, now known as Father Gabriel Richard. Not only was he an outstanding basketball player, but he also won Lower Peninsula Class D Finals high jump and shot put championships.

He earned a scholarship to the University of Michigan and played four years for the Wolverines, including the season they made it to the Final Four and faced undefeated and eventual national champion Indiana.

Today, 50 years later, Lillard is a successful investment banker living just outside of Chicago. He hasn’t lived in Michigan since 1987, but still has close ties to teammates from the University of Michigan – and St. Thomas. He plans this month, in fact, to attend a Michigan basketball alumni function in Ann Arbor.

Lillard said playing for the Michigan Wolverines opened a lot of doors for him professionally.

“It was a very good ice-breaker,” he said. “In the financial world I was in, you had to talk to people about tens of millions, sometimes hundreds of millions of dollars in investments. You have to prove yourself and be competent very quickly. But, the basketball, the Final Four … it was a good conversation starter.”

Lillard was part of an outstanding group of athletes that happened to attend St. Thomas during the same time frame.

“I think it was a case of the stars lining up,” Lillard said. “It was just a couple of really good classes that happened to be at the same school at the same time.”

St. Thomas moved from the Catholic High School League to the Tri-County Conference when Lillard was a senior. The TCC was a new conference and, ultimately, offered little competition for the Irish in almost any sport.

St. Thomas was heads and shoulders better than the rest of the league and easily went 10-0 to claim the first boys basketball league title under coach Mike Ramker. Lillard averaged 23.6 points a game in league play. In one of the most dominating performances in league history, Lillard scored 42 points and pulled down 31 rebounds in a win over Whitmore Lake.

In the Class D Semifinals he scored 31 points and had 13 rebounds. In the 68-53 win over Harbor Springs to clinch the title, Lillard scored 18 points and added 18 rebounds and six blocked shots.

Word around the MHSAA Tournament was Lillard was headed to Notre Dame. Instead, he accepted a scholarship from Michigan, which was located just a couple miles from the gym where St. Thomas played.

“He was a tremendous athlete for his time,” Ramker said.

Lillard was a member of the 1975-76 University of Michigan men’s basketball team that played in the Final Four and was defeated in the national championship game by the undefeated Indiana Hoosiers.

“It was a great experience,” said Lillard. “Our basketball fans, and some football fans as well, were very excited and a lot of them made the trip to Philadelphia, so we had a loud cheering section.”

The Final Four was a bit different during that era, but it still was a big deal.

“This was pre-ESPN, so there was not hourly coverage, but even though players and coaches try to be low key, it was a big deal to make it to the finals,” Lillard said.

Lillard could have gone to a smaller school and received more playing time, or perhaps another Big Ten school. Getting an education from the University of Michigan, however, was worth it. Lillard said making the transition from Class D to Division I college basketball wasn’t easy.

“It was difficult. I knew the competition would be much harder which it was, but there were other issues that I was not as prepared for,” he said. “At the end of the day, I was not going to play professional basketball, and playing for a highly-ranked University of Michigan team and earning a degree from Michigan was a great accomplishment.”

Lillard appeared in five games in 1975-76.  He came back to the Wolverines in 1976-77 and appeared in 11 games, making 8 of his 12 field goal attempts, both of his free throws and pulling down 14 rebounds. Coached by Johnny Orr, the Wolverines were ranked No. 1 in the country, won the Big Ten championship and advanced to the Elite 8.

Lillard graduated from Michigan in 1978 and joined his family’s contracting business. At the same time, he started night school in pursuit of a Master of Business Administration degree. He got married and moved away from the Ann Arbor area.

He has more than 30 years of experience working in finance and capital markets as part of such well-respected firms as Merit Capital Partners, Banc One Capital Partners and The Prudential Capital Group. Today, at 66, he is managing partner with Glaucon Capital Partners.

He and his wife Karen raised three sons, now aged 29, 26 and 24. The middle child, Grant, was Big Ten Freshman of the Year and Defensive Player of the Year while playing soccer at the University of Indiana. He now plays professionally in Major League Soccer.

“He was a much better athlete than me,” Lillard said.

Basketball and sports in Michigan are never too far from Lillard’s mind. He checks in with old teammates on occasion and once had coffee with an opponent who he battled in the Final from Harbor Springs who was a sheriff in a town where he vacationed.

It was a former St. Thomas teammate who rediscovered the film of the championship game. He had the film converted to a DVD and gave copies to team members. Those Finals were played at Jenison Field House at Michigan State University – one of several interesting places St. Thomas played at during Lillard’s career.

“Some of my fondest memories are playing in some of the old Catholic League gymnasiums,” Lillard said. “Some of the second-floor gyms with a running track around them were so amazing, such tiny little gyms. Some of them had clocks that still wound. You never really knew how much time was left in the quarter. We had some great times, that’s for sure.”