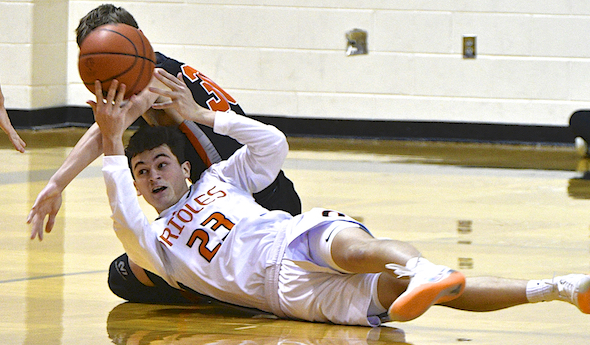 Anything is possible during the basketball postseason, and this weekend's Division 2 bracket tells some of that story with at least a few surprises in contention for this season's championship.

But there’s no debating this weekend’s contenders haven’t earned their ways to East Lansing.

River Rouge has looked like a contender all along after making the Semifinals in 2018. Harper Woods Chandler Park was one of three undefeated teams in Division 2 at the end of the regular season but still had to get by New Haven, which was tied for the top spot in the final Associated Press poll. Hudsonville Unity Christian got here in part by defeating Benton Harbor, the other No. 1-ranked team when the playoffs began. And Ludington has pulled off the improbable – which we’ll detail below.

Tickets cost $10 per pair of Semifinals and $10 per two-game Finals session (Divisions 3 and 2). All Semifinals will be streamed live on MHSAA.tv and viewable on a pay-per-view basis. The Divisions 2, 3 and 4 championship games will be broadcast live on Fox Sports Detroit’s primary channel, while the Division 1 Final will be shown live on Fox Sports Detroit PLUS. All four championship games will be streamed live on FoxSportsDetroit.com and the FOX Sports app. Free radio broadcasts of all weekend games will be available on MHSAANetwork.com.

LUDINGTON
Record/rank: 14-10, unranked
League finish: Tied for third in Lakes 8 Conference
Coach: Thad Shank, 17th season (265-132)
Championship history: Class B runner-up 2017 and 1953.
Best wins: 65-32 over Alma in Quarterfinal, 49-32 over Escanaba in Regional Final, 50-40 over Standish-Sterling in Regional Semifinal.
Players to watch: Joshua Laman, 6-4 sr. F (15.8 ppg, 6.0 rpg, 58 3-pointers); Jayden Hathaway, 6-4 sr. C (5.4 ppg, 5.0 rpg).
Outlook: In a tournament filled with surprises, Ludington might be the biggest after entering the postseason with a 9-10 record. The Orioles had lost five of six entering the playoffs, but defeated five teams all with at least 13 wins to get back to Breslin for the second time in three seasons. Laman earned an all-state honorable mention last season and is sure to draw the most defensive attention. Senior Nathan Lange and junior Brayden Porter both add just over six points per game.

PHOTO: Ludington’s Nathan Lange gathers a loose ball during his team’s Quarterfinal win over Alma. (Click for more from HighSchoolSportsScene.com.)