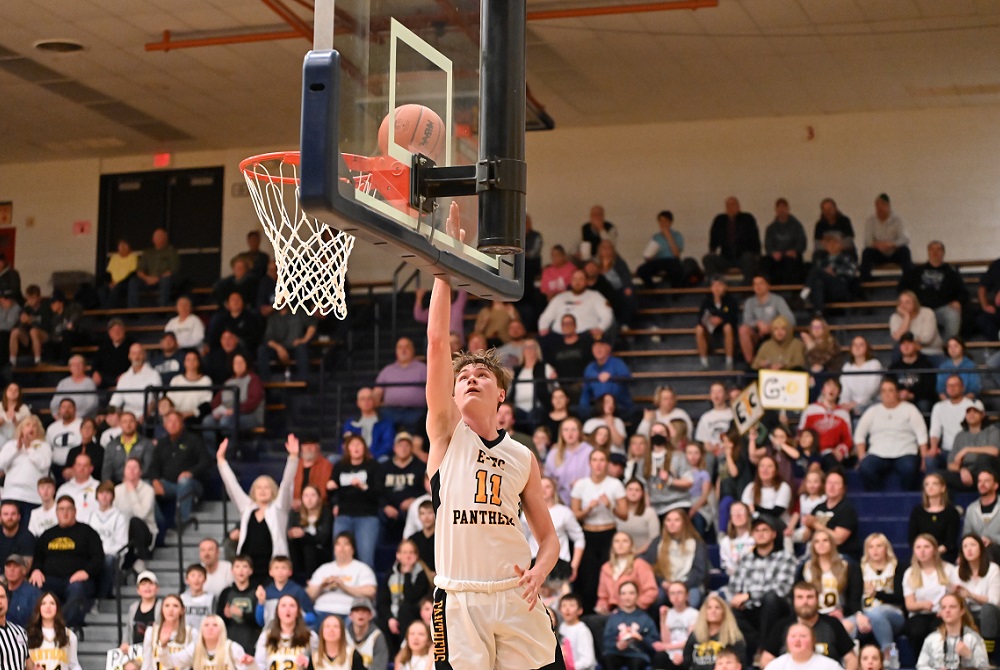 It will be the first time, first time in a long time, or first time in at least a while for whichever Division 4 boys basketball contender emerges as champion this weekend at Michigan State’s Breslin Center.

Ewen-Trout Creek is seeking its first Finals championship since 1972, and Lake Leelanau St. Mary and Genesee Christian are pursuing a first title in program history.

Even Wyoming Tri-unity Christian, one of the more frequent travelers to Breslin for Finals weekend, is seeking its first championship in more than a decade.

Tickets for this weekend’s games are $12 for both Semifinals and Finals and are available via the Breslin Center ticket office. All Semifinals will be broadcast and viewable with subscription to MHSAA.tv, and all four Finals will air live Saturday on Bally Sports Detroit, with the Division 4 and 1 games on BSD EXTRA and the Division 3 and 2 games on BSD’s primary channel. All four will be broadcast live as well as on the BSD website and app. Audio broadcasts of all Semifinals and Finals will be available free of charge from the MHSAA Network.

Here’s a look at the four Division 4 semifinals (with rankings by MPR at the end of the regular season, and statistics through Regional Finals):

GENESEE CHRISTIAN
Record/rank: 21-4, No. 6
League finish: Tied for second in Genesee Area Conference Red
Coach: Dan Chapman, 16th season (195-148)
Championship history: Has never played in an MHSAA Final.
Best wins: 77-66 over No. 10 Southfield Christian in Quarterfinal, 59-46 over No. 12 Ubly in Regional Semifinal, 80-63 over Adrian Lenawee Christian, 55-50 over No. 13 Clarkston Everest Collegiate, 69-60 over No. 19 Webberville, 75-65 over Lake Fenton, 70-62 over Flint Hamady.
Players to watch: Trenton Boike, 5-10 jr. G (23.3 ppg, 44 3-pointers, 5.6 apg); Tyler Chapman, 6-1 jr G (20 ppg, 82 3-pointers, 5.7 rpg). (Statistics include Quarterfinal.)
Outlook: Genesee Christian will make its first trip to the Semifinals led by Boike, who made the all-state first team as a sophomore. The Soldiers have won 11 straight games, with all four losses to larger opponents including two to Division 3 reigning champion Beecher. They could be building for another big run next season as well, as only two starters and three of their top nine players are seniors. Sophomore forward Jonah Derderian adds another 6.9 points per game.