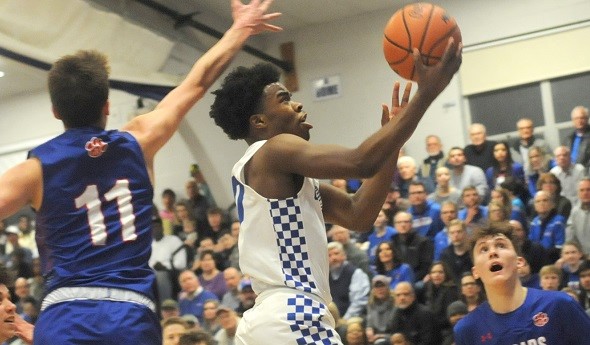 Division 4 has replaced Class D this year as the boys basketball tournament classification for Michigan’s smallest high schools, and some familiar teams from the previous era will return to the Breslin Center on Thursday to help usher in a new one.

Tickets cost $10 per pair of Semifinals and $10 per two-game Finals session (Divisions 4 and 1). All Semifinals will be streamed live on MHSAA.tv and viewable on a pay-per-view basis. The Divisions 2, 3 and 4 championship games will be broadcast live on Fox Sports Detroit’s primary channel, while the Division 1 Final will be shown live on Fox Sports Detroit PLUS. All four championship games will be streamed live on FoxSportsDetroit.com and the FOX Sports app. Free radio broadcasts of all weekend games will be available on MHSAANetwork.com.

DOLLAR BAY
Record/rank: 21-4, unranked
League finish: Second in Copper Mountain Conference Copper
Coach: Jason Kentala, 12th season (105-120)
Championship history: Has never appeared in an MHSAA Final.
Best wins: 67-64 over No. 6 Pellston in Quarterfinal, 65-56 over No. 10 Munising in Regional Semifinal, 70-55 over Chassell in District Semifinal.
Players to watch: Ashton Janke, 6-3 fr. F (16.4 ppg, 8.4 rpg); Connor LeClaire, 6-0 soph. F (13.5 ppg, 5.3 rpg).
Outlook: Dollar Bay graduated an all-stater and brings only one starter back this weekend from last season’s Semifinal team, but is on a roll with 14 wins over its last 15 games. The lone loss during that string came to CMC Copper champ Chassell, and Dollar Bay avenged it six nights later at the District. Senior guard Brendan LeClaire (9.6 ppg, 7.0 rpg, 3.5 apg) is that one returning starter from a year ago, and sophomore guard Davin Hill adds another 12.4 ppg. The Blue Bolts are hitting on 32 percent of their 3-point shots this winter, a big plus as some of these players get their second looks at the Breslin rims.

FRANKFORT
Record/rank: 20-5, unranked
League finish: Second in Northwest Conference
Coach: Dan Loney, first season (20-5)
Championship history: Has never appeared in an MHSAA Final.
Best wins: 53-51 (OT) over honorable mention Big Rapids Crossroads, 41-38 (Regional Final), 62-59 (OT) and 63-58 over Leland.
Players to watch: Will Newbold, 6-0 sr. G (14.1 ppg, 5.4 rpg, 4.1 apg); Jack Stefanski, 6-3 soph. G (14 ppg, 17.9 rpg).
Outlook: Frankfort is making its third trip to the Semifinals and first since 2014. This time the team is led by Loney, formerly an assistant for four seasons before taking over the program. Frankfort finished behind only Division 3 No. 4 Maple City Glen Lake in the Northwest Conference and has navigated two overtime wins and a third by three points during the postseason – the two overtime victories put the team at 4-0 this season in games that went past regulation. This is also the second straight season the Panthers have reached 20 wins, and four starters plus the top scorer off the bench are all seniors.