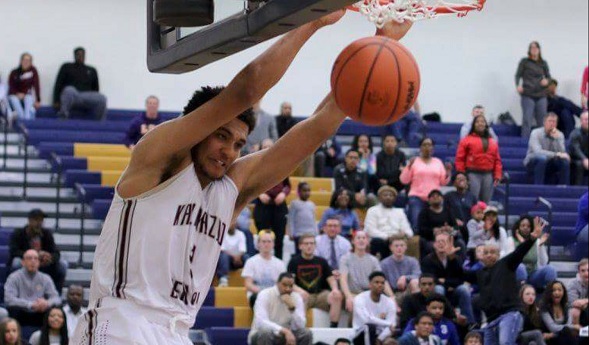 That might sound like a typical teenager, but Isaiah Livers was overwhelmed by all of the above during his junior year at Kalamazoo Central High School.

After committing to University of Michigan on Aug. 7, Livers has already noticed that this basketball preseason is much less stressful.

Livers received scholarship offers from more than 25 colleges, but was contacted by a ton more.

He’s not the only one whose cell phone was blowing up.

His father, Morris Livers, also was inundated with calls, especially after his son started playing in the Elite Youth Basketball League last May.

“That’s when it got crazy,” his dad said. “After that, my phone died all the time because it rang all the time. Colleges calling, leaving voice mails, dropping offers.”

Once Isaiah committed to Michigan, “I was so happy when it came to that,” his dad said. “I was in my (Gordon Water Systems) work truck and I was like, ‘I’m about tired of all these coaches calling my phone.’”

Livers honed his court skills at a young age.

His dad, who played basketball at South Haven High School, was working out with his older son, Brandon, when 7-year-old Isaiah started soaking up the instruction.

But it wasn’t until Livers was a freshman that basketball became serious business. 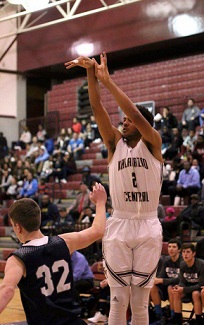 Central Arkansas was the first college to contact the Livers — when Isaiah was a freshman.

“They’d tell me, ‘This school is looking at you; they think you’re a great player,’” Livers said.

Having been through the college recruiting process himself when he played basketball at Benton Harbor High School, Nichols tries to help his players navigate it.

“I know it can be a hassle for them,” said Nichols, who also played at University of Detroit. “So I try to reassure them that it’s just a process, not to get too caught up in it; to make sure you keep things in perspective and to focus on what we need to do.

“It’s a relief to a certain extent when you sign early. You don’t have to worry about where you’re going. You can truly concentrate on winning a state championship with your team or whatever the goals you’ve set for yourself.”

Nichols said the college coaches already knew what Livers brought to the game but they were interested in more than just the athletics side.

“The first thing a lot ask is what kind of a kid he is,” Nichols said. “They ask about his character first. Of course, they are also going to ask how he is academically.

“They see that he can play basketball very well. But those are more important questions, how is he off the court and in the classroom.”

After committing, “It was probably the biggest relief,” Livers said. “I went out to eat and got congratulated. It felt really good.”

Not everyone was that happy about it.

“The (other players) got on me because they said ‘Dang, you committed. That means there’s no more schools flying in here to watch,’” he said, laughing.

“Last year, we had an open gym. (A college coach) walked in and one of my friends said, ‘I like that college; let me work hard.’”

“He’s more vocal now. A lot of the things we go through, he runs it, like some of the drills. He’ll lead guys through, pull the young guys through.” 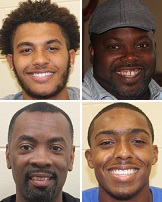 “Once he gets going, he opens up for everybody else so it’s really nice to have him on the team. He’s definitely a really good team player.”

Last season, the Maroon Giants made it to the MHSAA Regional Semifinals before losing to Lansing Everett.

This season, “Everyone’s gonna have to dig deep,” Livers said. “We started off great last year. We were feeling like, ‘We’ve got this.’ I think what we did is we went to our mind and said we’ve got this game already.

“I know that’s what happened. I could see it in the faces when we went to the locker room. This year, we’re not taking anyone for granted. We’re gonna play to the best of our abilities.”

“It’s obvious he has the ability to play on the next biggest stage by signing to play at the University of Michigan,” he said. “He has worked hard here and improved every year.

“If he continues to put in the hours to develop and hone his skills at the college level, I feel he may get an opportunity to play at the highest level.

“I don't know if he realizes how good he can be. I believe his best years as a basketball player are ahead of him. More importantly, Isaiah is a character guy who is a great teammate and committed to winning. He has done things the right way, so good things are going to follow him.”

And first up is the potential for an excellent high school senior season. This winter before each tipoff, Livers said he will be able to concentrate more on the game that night.

“Last year, pregame you ask yourself, ‘Why are these schools recruiting me; what are they looking for?’” he said.

“But when it comes game time, I think about playing my game. Biggest thing for me is winning. I don’t like losing.”