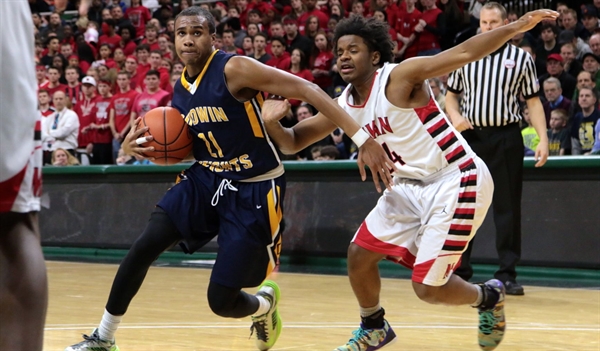 EAST LANSING – Three District titles, three Regional titles and 75 wins give Wyoming Godwin Heights one of the most impressive three-season resumes of any MHSAA team in any sport.

But that’s not what Delaney Blaylock was thinking about when he embraced teammate Michael Williams at the end of Friday’s 70-64 Semifinal win over reigning Class B champion Milan.

Both played key roles on the teams that fell in the 2013 Semifinals and 2014 Quarterfinals – and both started Friday in a game they wouldn’t have been criticized for losing.

“It was just relief,” Blaylock said. “I had to hug Mike. I couldn’t believe we even won this game.”

The No. 3 Wolverines (25-1), seeking their first championship, will play Detroit Henry Ford in Saturday's 6:30 p.m. Final.

Godwin Heights trailed by three points heading into the fourth quarter and as late at 4:19 to play – but launched a 13-7 run over the final 2:34 to earn its first championship game berth since 1960.

Junior guard Leon Redd, who averaged 9.8 points per game entering this week, scored 12 of his 19 points during the final six minutes. He played only 21 minutes total because of foul trouble, and stayed in the game despite picking up his fourth with 7:13 to play.

“He got out of rhythm the first three quarters and picked up his fourth early in the (fourth) quarter … but we believe in him, and let him stay in the game and let him play it out,” Godwin Heights coach Tyler Whittemore said. “Leon has been big for us all year. It’s his second year on varsity as a junior, and playing under these guys, he understands his moment to shine.” 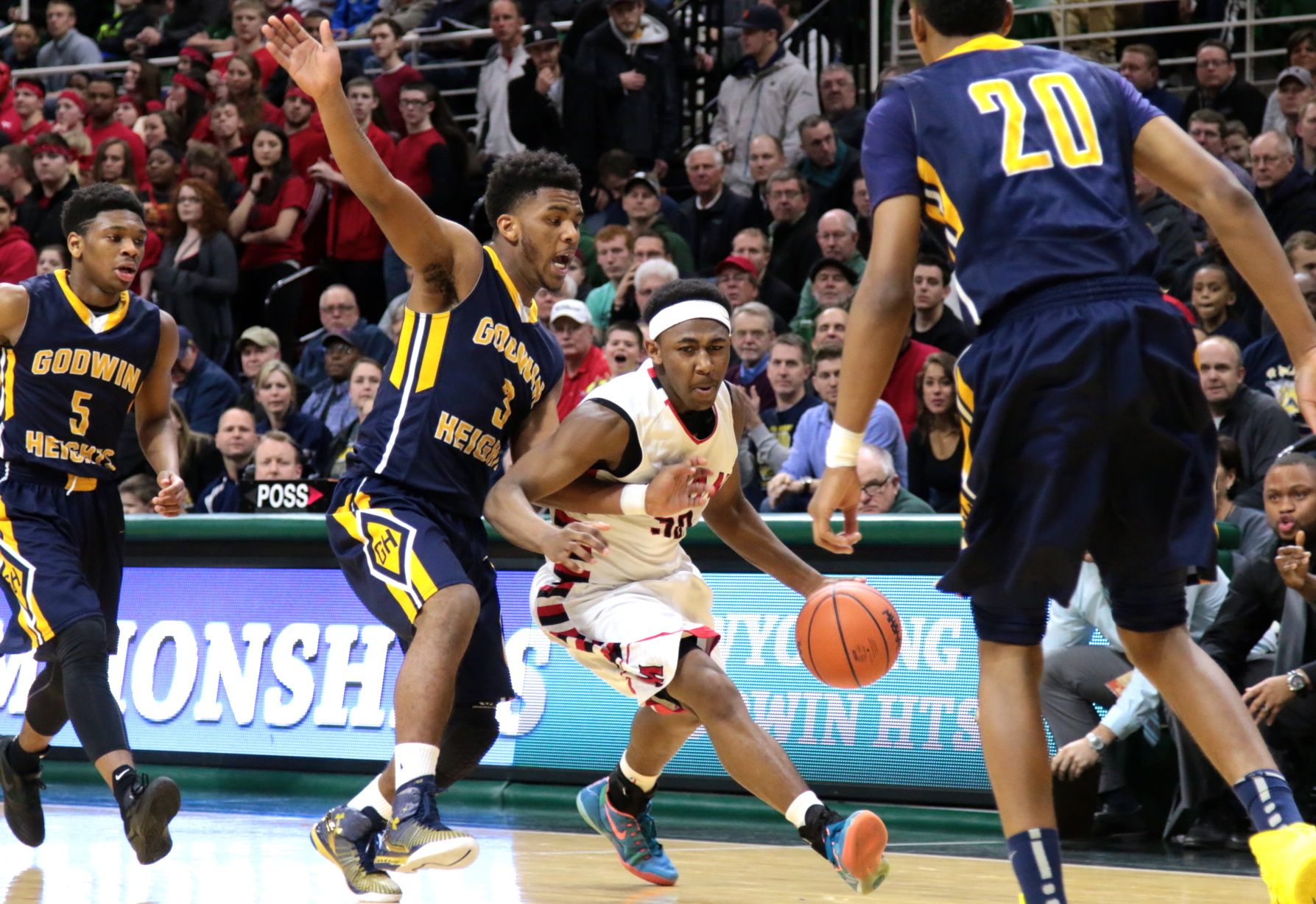 But it took a few more heroes to take down the top-ranked Big Reds (24-3).

Williams, a solid 6-foot-4, played a major part in keeping Milan’s 6-9 Nick Perkins to 42 percent shooting from the floor. The Wolverines held star senior guard Latin Davis to an identical 8 of 19. Perkins scored six points during the fourth quarter, but Davis had only three on just two shots with Godwin Heights working to deny him favorable looks at the basket.

Williams had 13 points and 13 rebounds and perhaps the most impressive stat of the game – nine rebounds off the offensive glass. Blaylock joined Redd with 19 points and also grabbed 12 rebounds.

“We wanted to keep this like a regular game as much as possible,” Whittemore said. “We understand this is the number one team in the state, and they’ve got two all-state players. But we weren’t scared of them, not anxious to play them. We were just ready.”

Perkins did finish with 21 points and 13 rebounds, and Davis had 17 points, seven rebounds, four assists and four blocked shots. They and Milan's other five seniors may have fallen two wins shy of a repeat, but also finished an impressive legacy.

The Big Reds over the last four seasons have earned four Huron League, three District and two Regional titles in addition to last year’s Class B championship – which was the school’s first since 1948. Perkins will play next season at the University of Buffalo, and Davis has signed with Youngstown State University.

“We knew they were athletic. We just didn’t do a good job on our end playing the right way,” Milan coach Chris Pope said. “But give them credit though; they weren’t scared and they didn’t back down. They played a heck of a game.”