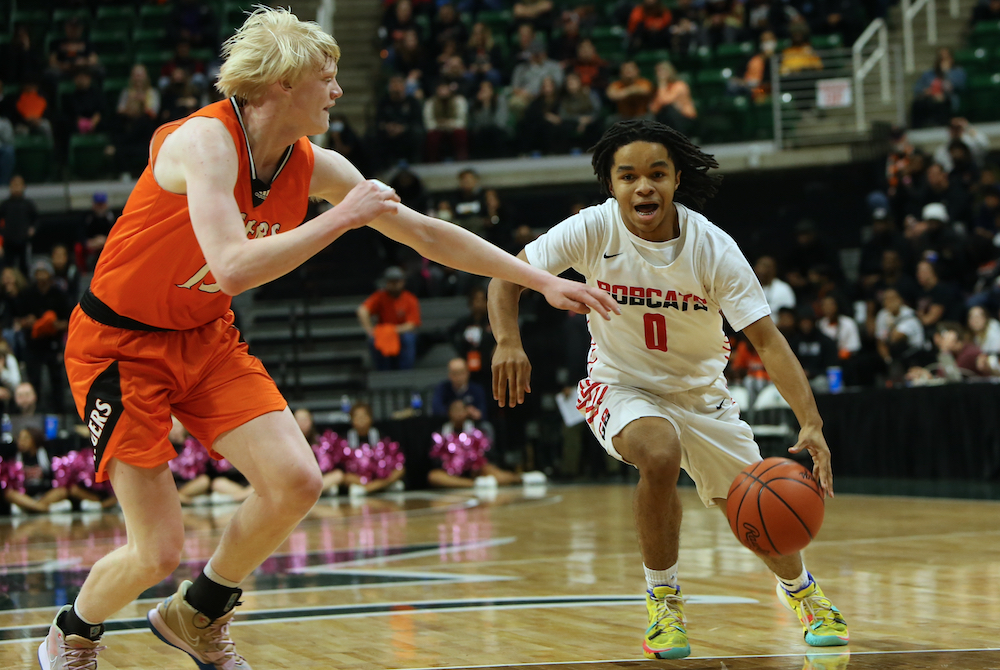 EAST LANSING – Grand Blanc started off this season 1-3, which made the prospect of repeating as Division 1 champion seem potentially short of reality.

And no one would have blamed the Bobcats if they had a down year.

But veteran coach Mike Thomas rallied his young team – which starts all underclassmen and with just one senior in the regular rotation – and made a couple of subtle adjustments, and the group proceeded to rattle off 20 wins over its next 22 games, including a convincing 61-40 victory over Belleville on Friday in the second Division 1 Semifinal at the Breslin Center.

That trio was all in double figures Friday, putting Grand Blanc (21-5) in position to win a second-straight title at 12:15 p.m. Saturday against Warren De La Salle Collegiate (19-7).

The Bobcats, whose only Finals appearance before last year was a Class B runner-up finish 60 years ago (in 1952), defeated Ann Arbor Huron 45-36 in last year’s championship game. Boyd said the experience of playing two games at the Breslin last year made a huge difference Friday.

“Playing here last year gave us a boost of confidence that we can come here and make history and go back-to-back,” said Boyd, who scored 13 points and grabbed a team-high seven rebounds. 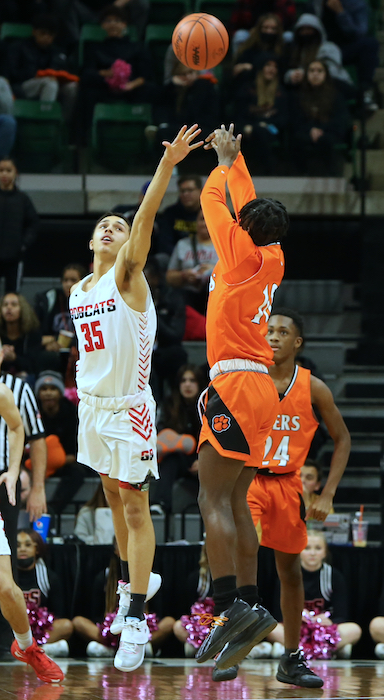 The Bobcats seized control early, taking a 17-6 lead after the first quarter and extending it to 30-15 by halftime, thanks to a buzzer-beater by reserve Bryce O’Mara.

Thomas said the key to the win was defense, which bore out in the final statistics. Grand Blanc shot 46 percent from the floor for the game, compared to 31 percent for Belleville. The Bobcats also forced 15 turnovers, which led to a 15-4 edge in points off turnovers.

He gave credit for setting the defensive tone to the guard duo of Taylor (salt) and Allen-Johnson (pepper).

“I call them salt and pepper because they will shake you up,” said Thomas, whose team won the Saginaw Valley League title. “I think they are the two best point guards in the state. They know exactly what we want to do and exactly how to run it. They are our leaders.”

Allen-Johnson finished with a game-high 15 points, along with six rebounds and three steals. Taylor, who scored 10 points with five rebounds and a team-high four assists, said playing regular-season games in big gyms and hostile environments prepared the team for Friday.

Belleville, which was seeking its first championship game appearance since losing in the Class A Final in 1998, was never able to get within 15 points in the second half.

“It could have been legs, it could be nerves – it was our first time playing here,” said ninth-year Belleville coach Adam Trumpour, who guided his team to the Kensington Lakes Activities Association East title. “It just wasn’t our night at all on the offensive end.”

The Tigers had no players reach double figures in scoring.