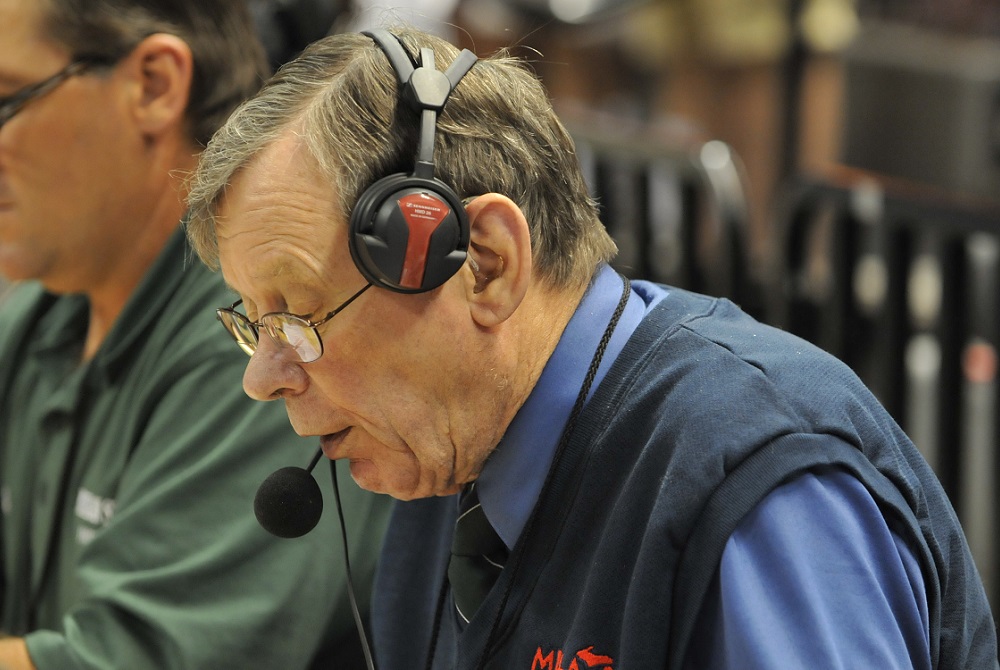 For 50 years, Erik O. Furseth’s voice chimed throughout MHSAA and Michigan State University athletic events. That voice surely will continue to live in the memories of the many who cherished listening to him, as he died Monday evening at the age of 91.

Furseth began as the public-address voice of MHSAA Boys Basketball Finals in 1968 and continued well into his 80s as those games moved from Jenison Field House to other locations across the Lower Peninsula and eventually settled into Breslin Center. He also was the longtime MHSAA football championship game voice going back to their days at the Pontiac Silverdome and provided the narration for MHSAA Baseball Finals for a decade. He announced his last MHSAA event in 2018.

An MSU basketball player during the early 1950s, the Cleveland Heights, Ohio, native played in the Spartans’ first Big Ten game in 1951. A forestry student initially, Furseth switched to communications. He later became a legendary rock-n-roll radio DJ in Lansing, and for a decade hosted Saturday night dances at the Lansing Civic Center that drew 1,000 teenagers a night – and a surprise performance by a young Stevie Wonder.

Furseth’s voice continued to be known particularly by Spartan fans as the homecourt voice for MSU basketball from 1968-2002 and MSU football from 1971-98. For more, see this feature from the MHSAA Basketball Finals programs written in 2013.

Furseth moved from East Lansing to Traverse City about 25 years ago. Click for his obituary and funeral arrangements.

Longtime MHSAA Public Address announcer Erik O. Forseth died Monday evening at the age of 91. Nearly every MHSAA Boys Basketball Final for 50 years started the same way – with Erik introducing both teams. Our thoughts are with his family and friends. pic.twitter.com/CA5iRKt39t