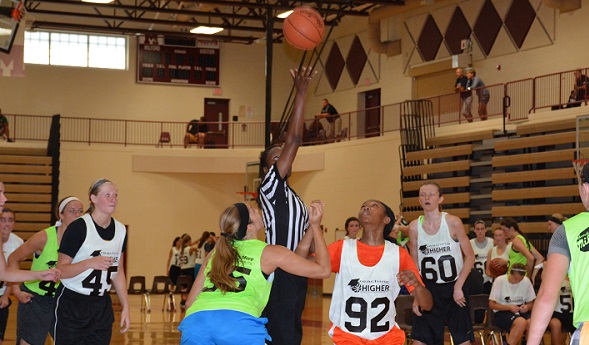 But having played on a big stage with her next destination decided didn’t keep the Frankfort senior-to-be from gaining valuable insight during this summer’s Reaching Higher showcase at Milford High School.

While most of the 200 players who participated in July’s girls and boys events sponsored by the Basketball Coaches Association of Michigan and MHSAA did so in part to train and play in front of the numerous college coaches gathered, Kelly was able to experience a little bit of a primer for her summer 2016.

“(Reaching Higher) is a great opportunity to get noticed, show off your skills and work with different people,” said Kelly, who will sign with the Chippewas this fall. “When you go to college you’re unfamiliar with all of your teammates at first. It’s good to start working with other people.”

The Reaching Higher events, in their seventh year, again featured many of the top 100 girls and boys college prospects as selected by a BCAM committee. College coaches representing more than 30 programs combined (men’s and women’s) and all levels attended the sessions. 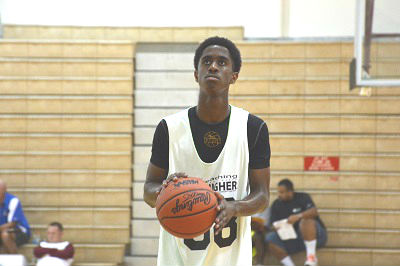 Former Detroit Cooley standout and current Orlando Magic guard Willie Green spoke with the boys, while former Grosse Pointe North star and University of Notre Dame captain Ariel Braker discussed with the girls some of the challenges that come with being a college athlete. Participants also learned about NCAA eligibility, and parents attended sessions on college recruiting. Meanwhile, groups of officials learned from experienced mentors and then were evaluated during games later in the events.

Players left Milford with plenty to take home not only from a personal standpoint, but to assist their teammates as well.

For Kelly, it was the potential value of the pick-and-roll game for the Panthers, who fell to St. Ignace one game from the Class D Final in March. For Munising junior Marissa Immel, it was the variety of drills she and her teammates can add to work on their skills.

Belleville sophomore Davion Williams is considered one of the state’s top prospects in his class, but saw that he needs to step up his pull-up shooting. Senior teammate Calvin Blaydes appreciated the opportunity to play with such a strong group of players – and also the necessity to adjust his game to fit theirs and a different coach’s style during the three scrimmage sessions. Jackson junior Shonte Suddeth listened closely to the Magic’s Green; “Everything he said he was doing, I’ve got to do if I want to make it to the next level,” Suddeth said.

“If you're a state’s top-100 player, you need to be here,” said Muskegon boys coach Keith Guy, who has assisted with the event since its start and led the Big Reds to the Class A title in 2014. “I think it’s a great way the state is trying to give back to these athletes ... and I think kids need to take more advantage of this opportunity.”

Click for photos of the girls event and photos from the boys event, and see below for video explaining the Reaching Higher events.