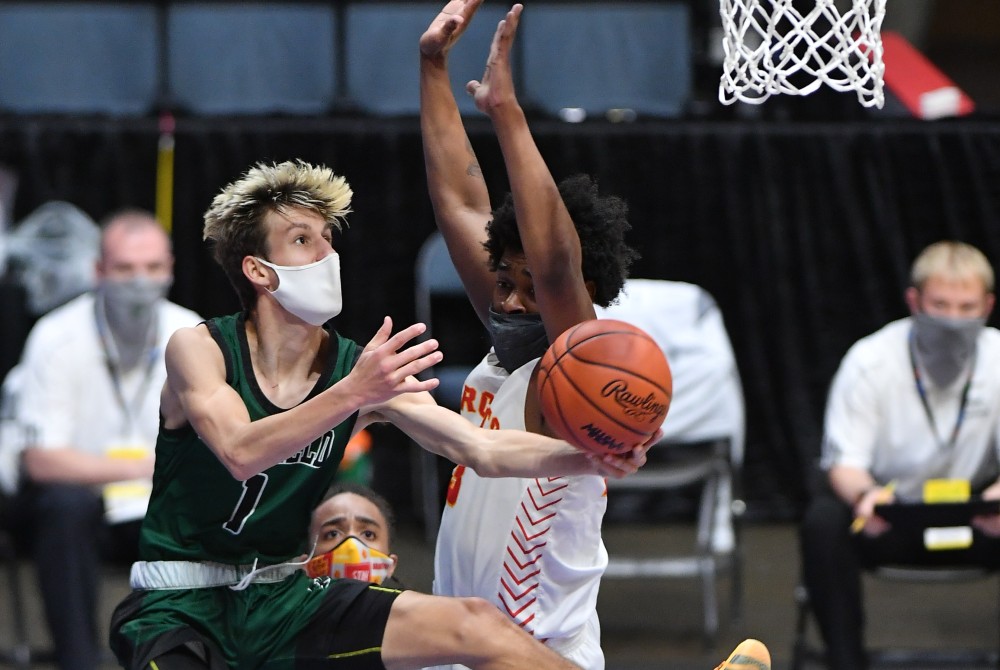 In fact, the Panthers have to come expect it throughout the MHSAA Tournament.

They proved the doubters wrong yet again with a 62-52 win over Bridgeport in Thursday’s second Division 2 Semifinal at Van Andel Arena.

Pennfield jumped out to a double-digit lead and never looked back in securing the program’s first Finals berth.

Pennfield’s storybook season added another chapter as the Panthers never trailed after building a 13-3 lead in the first quarter. 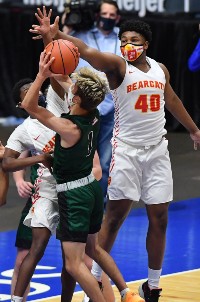 Last week they won their first Regional since 1972, and hadn’t played in a Semifinal before Thursday.

“This is a group that started playing together in third grade, and I don’t think they would’ve thought we would get where we are tonight,” Pennfield coach Nate Burns said. “It was a dream, and for it to come to realization that Battle Creek Pennfield is going to play for a state championship on Saturday ... these guys are amazing.”

A strong start has been a staple of this team, and it was key in the win as the Panthers controlled the second quarter as well en route to a 33-17 halftime edge.

“We’ve been able to get off to good starts all year, and that’s been one of our strong suits,” Burns said. “The guys show up ready to play, and tonight we did it again. We wanted to put our foot on the pedal, but we knew Bridgeport was going to come back and fight and compete and they did. Our guys' composure the last couple games has been phenomenal, and we are a veteran group.”

The Bearcats, appearing in their first Semifinal since 2009, tried to battle back, and cut the deficit to six points (37-31) late in the third quarter after Remaureon Arthur’s 3-pointer.

It was as close as Bridgeport would get, though, as it never recovered from missing its first 10 shots from the field.

“I think nerves got the best of them at the beginning, but then we settled down and started playing,” Bearcats coach Kevin Marshall Sr. said. “We haven’t had to come back from that kind of deficit, and it was something we couldn’t overcome.

“We overcame a lot of adversity just to be here today, and it hurts, but I'm still proud of my kids. We just fell short today.”

Pennfield junior guard Luke Davis led the way with 25 points and was 10 of 13 from the free throw line. Junior Aiden Burns knocked down three 3-pointers and finished with 11 points.

The Panthers returned their top eight, including all five starters, from a year ago.

“We won a District championship last year and didn’t get a chance to finish, obviously,” Davis said. “We all had a goal to get here, and we just worked hard every day. Now we’re here.”

Pennfield held the Bearcats at bay by converting 14 of 18 free throws in the fourth quarter.

The Panthers are looking forward to the challenge of playing a talented Cougars squad.

“CC is a phenomenal program,” Burns said. “We know it's a big mountain to climb. We’ve taken a lot of steps to get to the top of that mountain so far, and we know we have one big hurdle to go on Saturday. These guys will be ready.”

Arthur finished with a team-high 18 points for Bridgeport (17-3), while Omarion Wilkins added 11 points and 14 rebounds.

PHOTOS: (Top) Pennfield's Luke Davis gets around the Bridgeport defense and scoops a shot during Thursday's Division 2 Semifinal. (Middle) Zalyn Martin (40) is among Bearcats to get a hand up as Davis looks to score. (Click for more from Hockey Weekly Action Photos.)