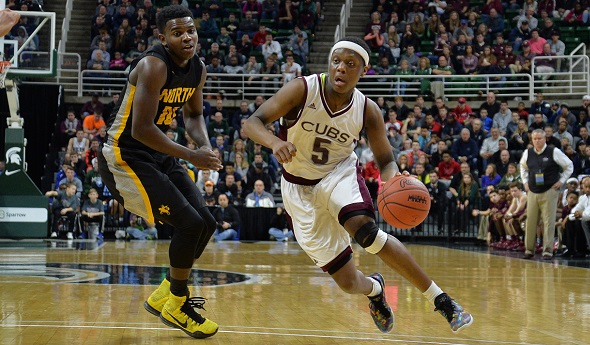 Winston said his team's trip last weekend to the Breslin Center was like a final exam for his high school career – and he earned a perfect score. Winston led the Cubs to their first MHSAA basketball championship and the final victories of a 28-0 season to earn the Michigan National Guard Performance of the Week.

The 6-foot-1 guard, who earlier in the week received the state's Mr. Basketball Award as the top senior in Michigan, scored 27 points and dished 12 assists in a Semifinal win over then-undefeated Macomb Dakota to send U-D Jesuit to its first championship game. He had 31 points in the Final, making 14 of 16 shots to go with nine assists in the 69-49 win over North Farmington.

For the season, Winston averaged 21.9 points and 7.5 assists per game and also started on the U-D Jesuit teams that reached the Semifinals his sophomore and junior seasons. He has signed to continue his career at Michigan State University, and as the Detroit Free Press reported earlier this season carries a 3.5 grade-point average while taking a number of honors classes.

Coach Pat Donnelly said: "Nothing Cassius does surprises me. He's been doing this for four years. He was 14 of 16 from the floor, and a lot of that is great shot selection. He's one of the most unselfish players I've ever coached, if not the (most unselfish). The reason he shoots such a high percentage is he's talented, and he also takes great shots; he doesn't force things. If he does get double-teamed or there's help, he finds the open man."

Performance Point: "(Saturday) was definitely one of those days where I knew I had to have my best performance. It was going to be my last high school game, last chance at winning a state championship. I was just kinda zoned in, focused and ready to go. ... We've been working for this moment right here."

Hot hand: "I just do what I can. I was scoring the basketball. My teammates, they kept going to me. They kept ball-screening for me every time. If I was open, I was getting the ball because I was making shots. So they provided for me."

Openings and opportunities: "Last year we didn't have as many dudes that could score the basketball, so everyone would just be waiting in the paint for me. This year, we had Scotty (Nelson) have 13, 14 points - he's been hot from the 3-pointers. We've got Ike (Eke) and Greg (Eboigbodin) down there who would be making plays. The defense couldn't just focus on me. There's a lot out there that they have to focus on. So it was kinda easier for me to get to the basket." 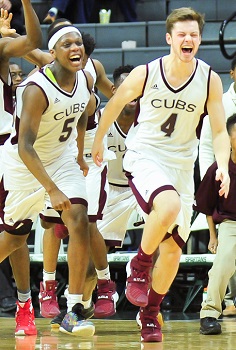 Perfect finish: "Everything that you want in a basketball team, we had. Matt Schearer, I don't think he shot a shot (Saturday), maybe one if that, but he doesn't mind. He's going to play defense, he's going to rebound, he's going to do whatever you need to do. We got Ike and Greg averaging 10 points, 10 rebounds. We've got dudes that come off the bench. Everything that you would like in your basketball team, we had this year, and that's how we became successful."

Green and White: "It's just a good feeling knowing I'm going to step into that huge family that's going to support me. I know there's probably a lot of Spartan fans out there who are coming out to support me and watch me do what I do. I just want to say thank you to the Spartan family."

The Michigan Army National Guard provides trained and ready forces in support of the National Military Strategy, and responds as needed to state, local, and regional emergencies to ensure peace, order, and public safety. The Guard adds value to our communities through continuous interaction. National Guard soldiers are part of the local community. Guardsmen typically train one weekend per month and two weeks in the summer. This training maintains readiness when needed, be it either to defend our nation's freedom, or protecting lives and property of Michigan citizens during a local natural disaster.