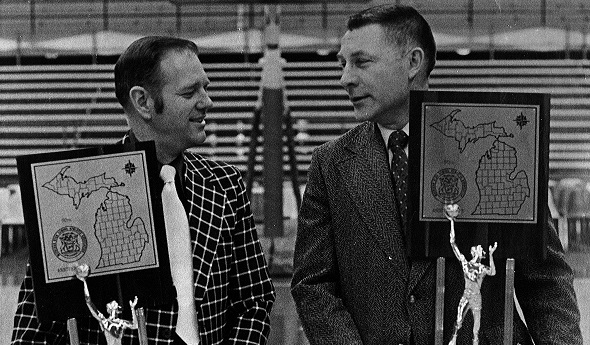 Much like fashion, MHSAA trophies have evolved over the years.

This week's "throwback" gives us a peek at some of both as they were in 1974, when the MHSAA celebrated 50 seasons of Boys Basketball Finals.

Holding these championship trophies are Vern Norris (left) and Al Bush, two of four who have served as executive directors of the MHSAA (Bush from 1968-78 and Norris as his successor until 1986 after serving as associate director).