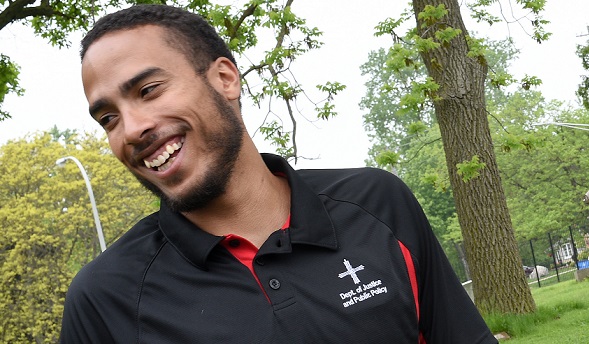 CARLETON – Dakota Bostic started his high school cross country career because he wanted to get into shape for his freshman year of basketball for Carleton Airport High School.

A decade later, Bostic is about to launch his coaching career as the varsity cross country coach for the Jets.

“Cross country teaches you a lot,” said Bostic, 22. “It’s a tough sport. There’s no one to battle but yourself. There’s plenty to learn from the sport. I didn’t learn it until I looked back a bit. When you stop, you kind of realize what you put yourself through. It makes you mentally tough.”

Bostic was a three-sport athlete at Airport before graduating in 2015. He ran varsity cross country for all four years, was moved up to the Jets varsity basketball team as a freshman and played baseball four years.

“I think sports are an integral part of a person’s school experience,” he said.

Bostic played basketball for four years at Concordia University in Ann Arbor, going from a little-used freshman to starting his junior and senior seasons. He was also an outstanding student at Concordia, being named the Justice and Public Policy Student of the year in 2019 and graduating with a bachelor’s degree. The award came in part because of his work on a class project that involved investigating a 2013 cold case murder of a mother of two from Taylor. He was named to the Wolverine-Hoosier Athletic Conference All-Academic Team multiple times, maintaining a cumulative GPA of 3.25.

Airport athletic director Tim Duffy said when he heard Bostic was available this fall to be a coach, he called him up. He at first thought Bostic might be interested in being an assistant with the cross country team. But after talking to him, Duffy thought he would be a candidate for head coach. 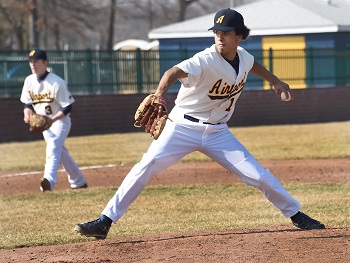 “He was a very well-rounded athlete here,” Duffy said. “I can’t tell you how many times I saw him run or ride his bike to and from school to get into the gym. Everything he does, he puts everything he’s got into it. Everybody you talk to here speaks highly of him.”

After Bostic was hired, he had to go through the MHSAA certifications and complete a lot of paperwork to be eligible to coach.

“The morning after he was hired, he was in my office trying to figure out everything he had to do,” Duffy said. “He knocked it all out within a week. And, he did it all while juggling a job. That’s the type of kid he is.”

“The kids have been great,” he said. “My little brother just graduated from Airport, so some of them know me. They are a receptive group. They all want to get better. They are learning what it takes.”

While basketball was his favorite sport in high school, cross country holds a special place in Bostic’s heart. Now, he gets to pass that on to a new group of student athletes.

“In any sport, there is something you can do to get better every day,” Bostic said.

Bostic grew up about three miles from Airport High School and remembers attending Jets sporting events from a young age.

“I remember looking up to the older guys, watching them play basketball and football,” he said. 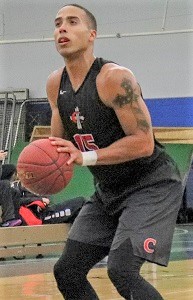 He exceled in basketball, earning some looks from colleges while being an all-region player in Monroe County.

“I always knew I wanted to play basketball in college,” he said. “It was a process once I got there. I had to adjust. My freshman and sophomore seasons, I didn’t play very much. I had to make my name in practice.

“By my junior year I started playing a little bit, then I got to start a game and stayed there from then on. It carried over into my senior year. In four years of playing basketball, I learned there are plenty of aches and pains.”

After Concordia, Bostic joined the Marines. He was in officer school when a back injury forced him to be honorably discharged. When Duffy found out Bostic had returned to the Airport area, he jumped at the chance to add Bostic to his coaching lineup.

“He’s a great guy, and we are happy to have him coaching with us,” Duffy said. “He’s a great pick-up for us.”

Bostic said his message to his cross country athletes will be to treat every practice and every meet as if it might be their last.

“Given the current situation of the world, I’ll try and remind them that no opportunity is guaranteed,” Bostic said. “You owe it to yourself and the kids who aren’t getting to participate to go out and not take it for granted.”

Bostic coming home to coach Airport is not necessarily what he previously pictured doing at this point in his life, but he’s happy to be doing it.

As Bostic said, "I hope to always be a Jet.”

PHOTOS: (Top) Dakota Bostic this fall is beginning his first season as Carlton Airport’s cross country coach. (Middle) Bostic makes his move toward the plate while pitching for Airport. (Below) Bostic lines up to shoot a free throw while playing at Concordia-Ann Arbor. (Top and middle photos courtesy of Monroe News; below photo courtesy of Concordia-Ann Arbor.)