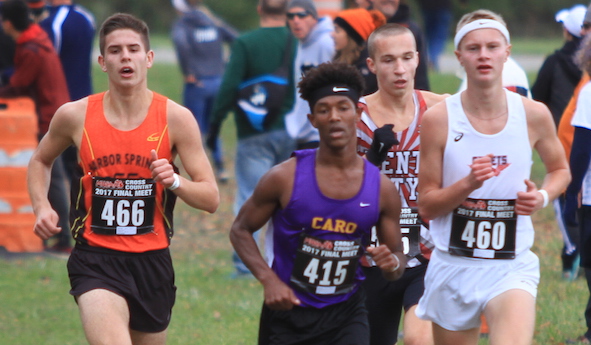 BROOKLYN — There’s more than one way to be a champion in a sport like cross country.

It was obvious which championship would mean the most to him after he repeated Saturday at Michigan International Speedway.

“Did you see the team score?” he asked reporters a few minutes after he finished.

“I’d rather win as a team than by myself, to be honest,” Albrecht said. “It’s just a lot more fun. The whole team can celebrate about it.”

The Tigers will have to settle for celebrating another individual title by Albrecht and their best finish since winning Class B 37 years ago. It also was the first time Caro, which didn’t run a senior Saturday, had made the top five in back-to-back years. 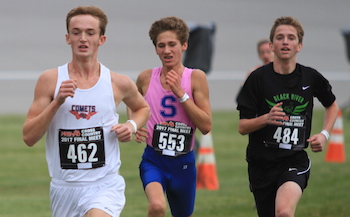 “When I first started running, I never really imagined this,” Albrecht said. “It’s amazing, the team we have. All of the guys work together every day and are committed. Our coaches run with us every single day; you can’t always have that where the coach can actually be there with you.”

Albrecht broke away from a pack of four or five runners late in the race. One of those runners was Kloss, who had never faced Albrecht before Saturday.

“I knew if I wanted to get what I wanted, I’d have to stick with him and stay right on his tail,” Kloss said. “It was real helpful with a tough group of guys up front. We all swapped. One person would go first, then another one. It was real helpful. I owe it to them. Last year’s state champ, Yami, is impressive. He’s a real tough kid.”