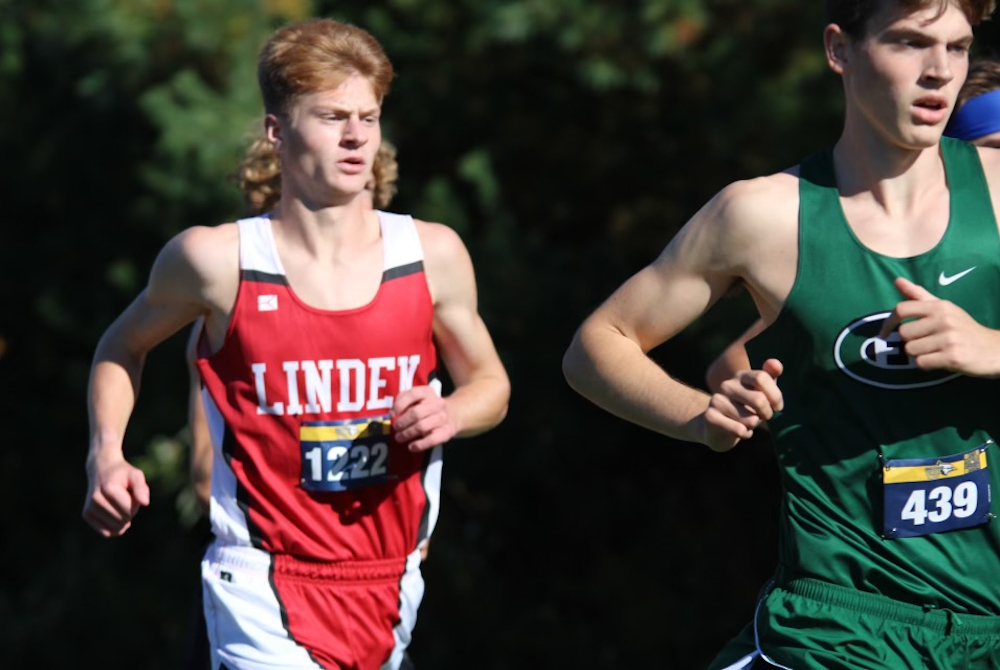 Kyle Eberhard has enjoyed running for as long as he can remember.

He joined a mileage club in elementary school. He said his days on the playground weren’t spent playing soccer like some of his classmates, but running back and forth.

Back then, he was simply having fun and blissfully unaware of a Linden High School distance program that was among the best in the state.

Now in his senior year, that love of running helped turn him into the best distance runner the program has ever had.

“Kyle had another year of really solid mileage and had a fantastic track season (as a junior),” Linden boys cross country coach Trevor Hall said. “Coming into cross country season, he was brimming with confidence. Running consumes his thoughts. He’s always thinking about, ‘How can I be a better runner?’ He just does everything right.”

Eberhard recently set the school’s cross country record, completing the 5K course at the Shepherd Blue Jay Invite in 15 minutes, 20.9 seconds. It was nearly 30 seconds better than his previous personal best, and 14.4 seconds better than the previous record, set by Roger Phillips in 2012.

“It’s crazy because my goal was just to get on (the program’s top 10 list),” Eberhard said. “And that was starting last year – by the end of my senior year, the goal was to get on there. I never envisioned getting on the top. There was a senior when I was a freshman, Tyler Buchanan, he’s (third), and I was like, ‘I’ll never be as fast as him.’”

Track season also showed Eberhard’s range as a runner, as he was unbeaten in six 400-meter races, including winning the Flint Metro League championship.

“I’ve been training over the winter since my freshman year,” Eberhard said. “But last winter, I went a lot harder. I raced a lot more. I really focused on racing almost every weekend, and focused on what workouts I was doing, stuff like that.” 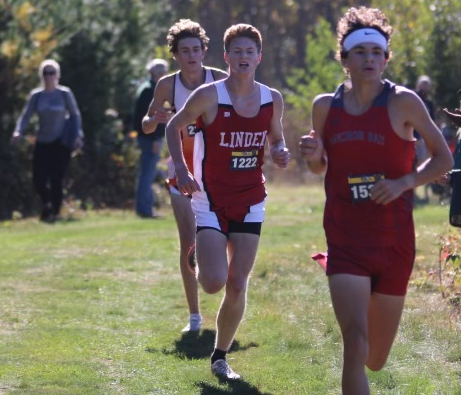 “In late spring, I was getting more attention from track, and it’s been consistent since then,” Eberhard said. “I’ve been narrowing it down since the start of the summer, going on unofficials and stuff. It’s fun, but it’s also annoying sometimes.”

The recruiting process hasn’t distracted Eberhard from having the best season of his career. He’s won six of Linden’s first eight races, including the Duane Raffin Festival of Races at Holly.

Not among those wins is the Shepherd race in which he broke the record. There, he finished third, behind Thomas Westphal of New Baltimore Anchor Bay and Trent McFarland of Utica, two of the top runners in Division 1.

“I was definitely really locked in that day, just because I knew that was one of two or three chances I had to really run fast this season,” Eberhard said. “I knew I would have more than one person to chase after.”

Eberhard knew he was moving fast throughout the race, and it really hit home when he crossed the 2-mile mark in 9:50, which would be a personal best for him on the track.

“I’m only the cross country coach, but I think that might be the most impressive record of all the distance records at Linden,” Hall said. “Just to have him not just break the record, but blow it out of the water in a program where we’ve had some state runners-up and top-five finishers. We had a plan going in, and he executed it perfectly. It was just a gutsy race. You could see the effort on his face at every step. It was just so cool to witness.”

Eberhard and Loughride will meet at the Regional on Oct. 29 in Waterford, but they won’t see Alford until the Division 2 Final on Nov. 5 at Michigan International Speedway.

“I definitely want to win Regionals, which is going to be a battle,” Eberhard said. “The big one is to try to win the state meet, which is going to be hard with Alford there. I know I can compete with the other guys, but anything can happen. Our coach always says, ‘You’re better than you think you are.’”