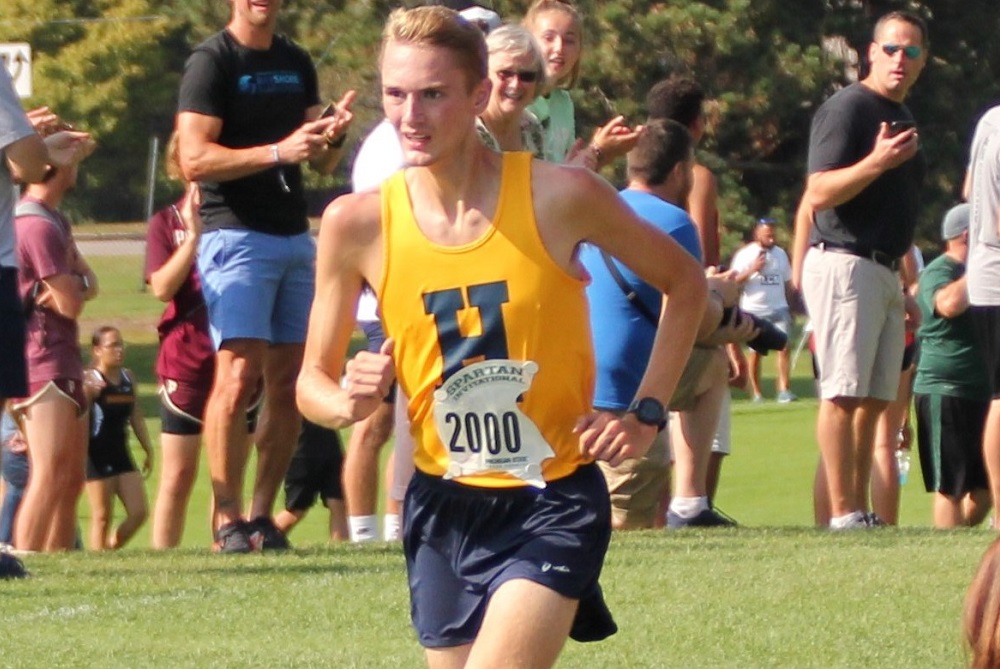 The annual Spartan Invitational at Michigan State University draws top runners from across the state and occasionally Midwest, with its “Elite” race showcasing the best of the best. Hough has been that runner in Michigan the last two seasons, claiming the Lower Peninsula Division 1 championship a year ago and continuing a 16-race winning streak through Friday’s victory in East Lansing. Hough completed the Spartan course in 15:05.5 to best the field by nearly 16 seconds.

Hough won last season’s Division 1 cross country title in 14:49.7, and he’s broken 15 minutes twice this fall during his first five races – including with his personal record 14:41.2 to win the Pete Moss Invitational on Aug. 28 at Benzie Central. He also is the reigning LPD1 track champion in the 3,200 meters, claiming that title by just more than a second June 5 with a time of 9:07.91. Hough has verbally committed to continue his career at Michigan State.

PHOTOS courtesy of the Hough family.