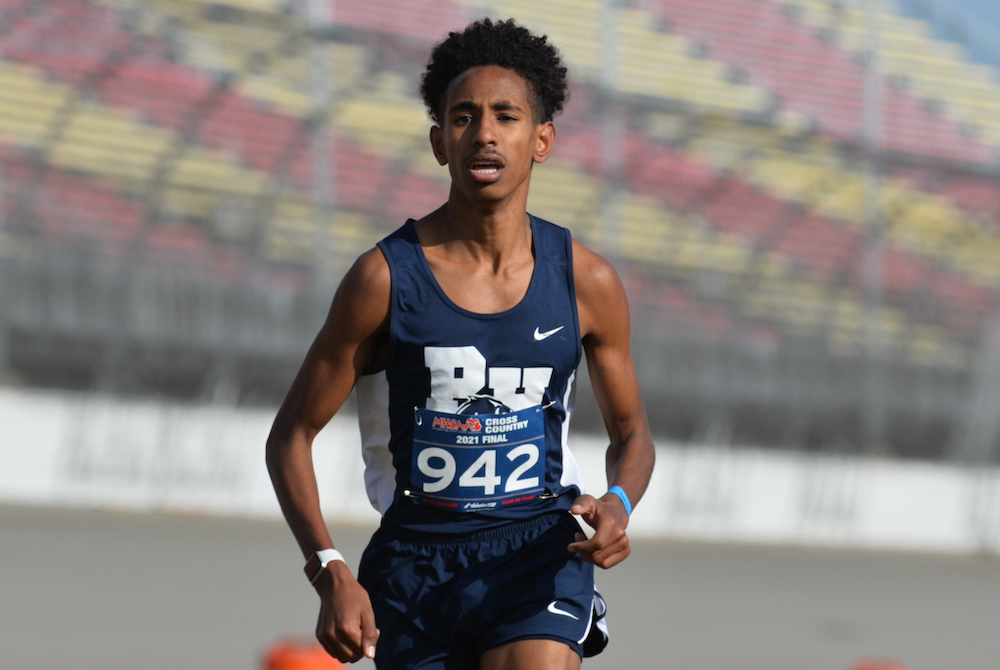 BROOKLYN — Lezawe Osterink’s arrival among the state’s elite was deferred for a year.

He was ready to make a run at the MHSAA Lower Peninsula Division 4 cross country championship in 2020, but was unable to run at Regionals after breaking his collarbone on a training run.

The junior from Wyoming Potter’s House showed up Saturday at Michigan International Speedway as a different runner than the one who had a respectable 55th place as a freshman in 2019.

Osterink completed an undefeated season by winning the Division 4 race in 15:50.60. He won by 23.76 seconds ahead of Concord senior Jonathan Mikovits.

Last year, Osterink was on track to get to MIS when he won the Pre-Regional meet.

“I broke my collarbone before Regionals, then I got COVID,” he said. “That was kind of a big disappointment. I couldn’t run at all. We were going to try to push it and try to win state that year.” 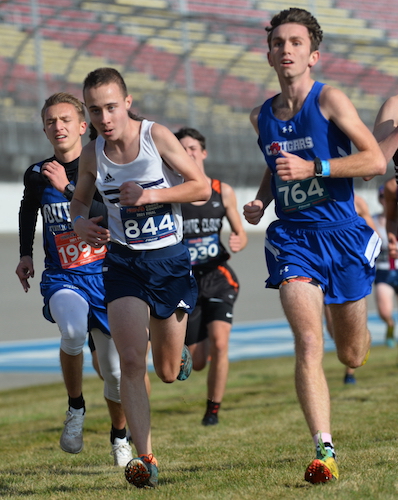 Osterink won all 13 races in which he competed this fall, giving him a 14-race winning streak going back to last season.

After racing at MIS as a freshman, he began to dream about becoming a Finals champion.

“I didn’t know if it would become realistic,” Osterink said. “I put in a lot of work. Our coach knows what he’s doing. I had good teammates to train with. That’s what I would say got me here.”

“I could feel myself running away,” he said. “I was surprised. They went out good. They stuck with me for a while. I was scared of the guy behind me. I didn’t look back, but people who were there said he was close, so I had to keep hammering the whole time.”

In the team competition, Hillsdale Academy grouped its second through fifth runners only 13 seconds apart to win with a score of 154 points.

It was the first MHSAA team championship for the Colts, whose best finishes were 10th-place showings in 2010 and 2018.

Concord had three runners in the top 22, but had to count runners who were 75th and 159th overall.