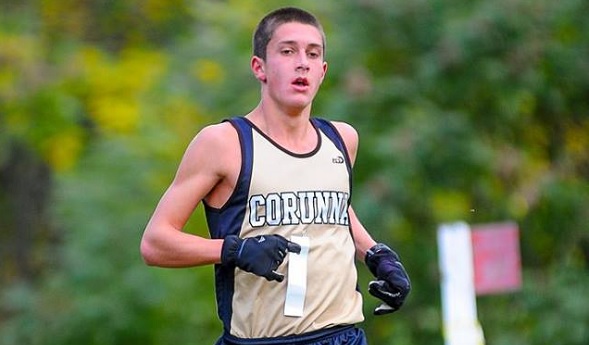 The 991 racers at Saturday’s MHSAA Lower Peninsula Boys Cross Country Finals include more than a few who have come close to claiming championships the last few seasons, but are seeking their first.

Corunna’s Noah Jacobs has won every race this season, but is hoping his final Cavaliers event ends with a first MHSAA title after he came in second in his race a year ago. Alpena’s Mitchell Day is in a similar situation, and Saugatuck’s Zach Pettinga will attempt to take the final step while moving to a bigger division. On the team side, Novi and Bear Lake/Onekama are hoping to leave Michigan International Speedway with first titles since the late 1990s and after recent years in the hunt.

See below for a glance at team and individual favorites in all four races. Click for all Finals qualifiers, a map of the course and links to buy tickets and watch the Finish Line camera on MHSAA.tv, and come back to Second Half later Saturday for coverage of all four meets. The first race begins at 10 a.m., with the final awards presentation slated to end at 4 p.m.

Novi is seeking its first MHSAA title since 1999 and first top-two finish since coming in runner-up in 2006. The Wildcats have back five runners from last season’s third-place team and finished 33 points ahead of No. 3 Northville in winning last week’s Regional at Willow Metropark; junior Gabriel Mudel was second (15:54) and seniors Scott MacPherson (16:02) and John Landy (16:03) were sixth and seventh, respectively. Saline is seeking its first MHSAA title ever – and last finished in second in 2007 but came in sixth a year ago with four runners who will be back this weekend. All four finished among the top 10 at the Erie Metropark Regional that Saline won by nine points ahead of No. 6 Ann Arbor Pioneer; junior Anthony DeKraker (16:24) was third, senior Aidan Carichner (16:38) was fourth, senior Evan Koerschner (16:47) was sixth and senior Connor Meehan (16:52) was 10th. Northville was runner-up to Novi at their Regional despite its highest individual placer coming in 13th; senior Ben Cracraft was 14th at last year’s Final and followed sophomore Nicholas Couyoumjian at the Regional as they finished 14th and 13th, respectively, in 16:09 and 16:06. They are the only two back from last year’s Finals lineup that featured five seniors.

Fremont moved up from second in 2014 to win last year’s title without counting a senior’s time, and six of seven runners are back at MIS this weekend led by senior Matthew Zerfas, who placed fifth individually in 2015. He finished second at his Regional in 16:12 behind junior teammate Ben Schmidt (16:01) and with teammates Sam Kaastra (16:22), Sam Stitt (16:24) and Cole Hamilton (16:37) also among the top nine. Grand Rapids Christian beat Fremont for the title in 2014 and fell back to sixth last season but with no seniors in the lineup. Justin Varineau paced the Eagles last year coming in seventh individually, and he’s expected to move up this weekend after adding to a dominating season with a Regional win in 15:42, 19 seconds ahead of the field in Allendale. Sophomore teammate Victor Jura was fifth (16:10) and senior Aaron Brink (16:26) was ninth among the group that included No. 6 Fruitport and No. 9 Spring Lake. Corunna senior Noah Jacobs is considered the top runner in Michigan regardless of division, and he’s hoping a first individual title will help the Cavaliers to their first team win since 1997 and top-two finish since 1998. Jacobs finished 56th, fifth and then second at the last three Finals and ran a 15:05 at the Shiawassee County Invitational two weeks ago before running 15:54 to win his Regional at Delta College. He was one of four Cavs among the top nine at Delta, along with junior Dakota Hundley (16:32.31), sophomore Ben Jacobs (16:32.57) and sophomore Charlie Bruckman (16:47).

Individuals: Seven of the top 11 from last season are back this weekend. After Jacobs, Pontiac Notre Dame Prep senior Brendan Fraser was third last year and won his Regional in 16:27. Coldwater junior Shuaib Aljabaly has won all of his races this season except one, finishing second to Jacobs at the Portage Invitational. He won his Regional in 15:56 after taking eighth at the Final last year. Comstock Park junior Reid Parsons was ninth last year and finished Regional runner-up to Varineau this time in 16:03, and St. Johns junior Dillan Haviland missed the top 10 in 2015 by a tenth of a second but should make the mix this time coming off a Regional title in 16:11. Adrian senior Jack Schafer (15:55), St. Clair junior Brendan Parr (16:21) and Otsego sophomore Alex Comerford (16:05) also are Regional champs this fall.

Lansing Catholic’s championship was scored on five runners who are all back this weekend – but the Cougars enter ranked No. 2 because reigning Division 4 champion Saugatuck is up a division this fall. The Indians’ top five, and six of seven, also are back this weekend. Senior Zachary Pettinga, the Division 4 runner-up individually a year ago, finished second at last week’s Regional in 16:20 as Saugatuck placed three of the top four (also sophomore Corey Gorgas and senior Nick Butch) and six of the top 10 at Buchanan. Lansing Catholic took places three, four, five, seven and 11 at its Regional, led by junior Ryan Schroeder (17:01). Caro could become the story of the weekend if it moves up from 14th last season to win its first MHSAA title since 1980. Four freshmen on the 2015 team are a year older, led by Yami Albrecht, who was eighth individually with now-senior Zakaria Davis coming in 16th. They finished first and third, respectively at their Delta College Regional in 15:49 and 16:54 as Caro took four of the top 11 spots.

Saugatuck might be gone to Division 3, but Pewamo-Westphalia moved into the favorite spot in this race after finishing 18th in Division 3 a year ago with five runners who will race this weekend. The Pirates placed all seven of their runners among the top 15 at their Regional at Sharp Park in Jackson, with senior Bryce Thelen the runner-up in 17:05. Harbor Springs was third last season with only one senior in the lineup and could take its first title since 2004 (won in Division 3) with five also back from last fall including seventh-place Jeremy Kloss. Now a sophomore, Kloss won his Regional by 39 seconds in 16:19 as teammates Max Sydow (17:22) and Zach Hunt (17:23) finished second and third, respectively. Bear Lake/Onekama is another team frequently in the mix, although seeking its first win at this meet since sharing in Class D in 1998. Four of the top six from last season’s runner-up team are back, with junior Kaiden Hejl the team's top returning placer after finishing ninth. He was third at his Regional in 16:46, with junior teammate Gary McBride (16:43) second, sophomore Trey Gilbert fourth (17:10) and senior Dyllon McLouth and junior Lane Lee also among the top 11.

PHOTO: Corunna’s Noah Jacobs, here running a 15:05 at the Shiawassee County Invitational on Oct. 22, is undefeated this season and has won all but three races over the last two. (Click to see more from Varsity Monthly.)