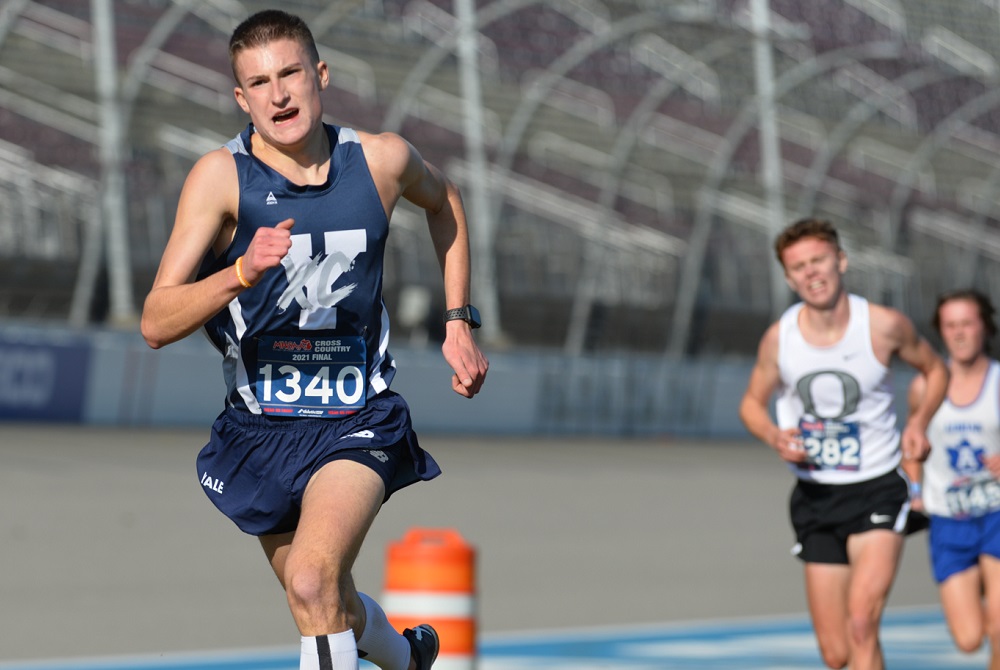 Jared Shutko is inheriting a cupboard that’s pretty well stocked in his first year as head of the Yale boys cross country program.

The Bulldogs are bringing back six runners who competed at the 2021 Lower Peninsula Division 2 Final, and a few others who would have had it not been for sickness or injury. Four of Yale’s returners have run under 17 minutes during their career, including senior Lukas Kriesch, who is among the top 15 returning runners statewide in LP Division 2.

All of that excites Shutko, who is looking to maintain and build upon the success his predecessor Greg Whitican had in his 11 years at Yale.

It also puts Shutko under a bit of pressure.

“I feel like it’s a ton of pressure,” said Shutko, who was an assistant for Whitican the past three seasons. “I actually talked to the captains about this, about the pressure. I told the guys at team camp, ‘Guys, I want the pressure. I’m the new guy taking over, and I’m glad you guys trust in me, but I want the pressure. If we don’t succeed, it’s not because of you guys. I have to do the right things to make you successful.’ I feel like there’s a lot more pressure with high expectations and a program that’s already established.”

In Whitican’s 11 years at the helm in Yale, the program took major steps forward. The Bulldogs advanced to the MHSAA Finals as a team seven times, winning two Regional titles – the only two in program history. They won the school’s first Blue Water Area Conference championship in more than 20 years, then won four more.

“He took something at the beginning of his journey as a coach and turned it into a program,” Kriesch said. “The word, a ‘Program.’ I think that’s one of his greatest accomplishments. We, as a team, couldn’t be more proud of him. The program owes it 100 percent to him. He was the beginning of all of our journeys. It was sad he decided to leave, but he left his mark the best way he could have, not only on our team, but the Blue Water Area. Coach Whitican was always encouraging every runner, even if they were not running for Yale.”

Whitican will remain a fixture in the area running scene, as he and his wife own Elite Feet in downtown Port Huron, a shoe store that specializes in footwear for runners. They also run Road Runner Timing, which provides the timing apparatus for many of the area’s road races. 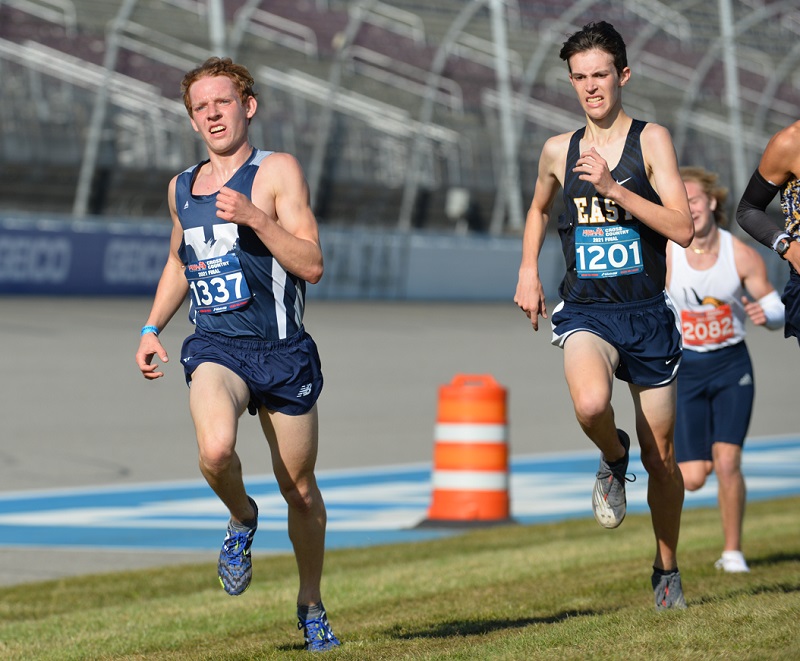 He joined St. Clair coach Tom Brenner in creating the New Balance Mid-Season Spectacular, a race that started small in 2020, but has already grown to more than 40 teams, including some of the best in the state.

“I know Greg does a great job of getting all of the running community together,” Shutko said. “He enjoys it, he really does. He’s very passionate about cross country and all the road races he puts together.”

As involved as he is, though, Whitican said he’s tried to stay away from the Bulldogs this summer.

“For the past 11 years in June, we were getting together a couple times a week,” Whitican said. “The captains kind of led it, we’d start our summer running. As a coach, if you take it seriously, you’ve got a pretty short summer. I’ve kind of missed those mornings of meeting the guys here or there. But it’s been OK, I’ve adapted to it. I cannot be around the guys at all, just because I want them to bond with their new coach.”

That seems to be working, although that bond had already formed a bit before Whitican stepped away.

Shutko joined the Yale staff while his son Braxton – a senior last fall – was part of the team. His daughter Brooklyn is entering her junior season with the Bulldogs.

This past spring, he expanded his coaching and began working with the distance runners on Yale’s track team.

“That was a good building block,” Shutko said. “They felt comfortable with me, and are believing in what I’m trying to teach them.”

With relationships formed, Yale has been able to get to the business of running and improving on its 15th-place finish at the 2021 Final.

Kriesch, who was four spots from an all-state finish a year ago, will lead. He’ll be joined by juniors Acer Campbell, Blake Ferguson and Gio Pardo-Keegan, who have all run in the 16s. Sophomores John Zakrzewski and Ted Rutkofske also ran at the Finals a year ago, while junior Lucas Peltier and sophomores Kale Kovach and Jack Nicol all spent time within the top seven during the 2021 season but did not get a chance to run at the Finals.

“I think we are very strong,” Kriesch said. “I’m very proud of all of our team. We’ve worked extremely hard up to this point of the summertime. I’m excited to see where we’re at when we start racing. Those guys that are coming back this year, having that experience and the drive to say, ‘All right, now it’s time to go, and I’m healthy,’ that is great. You can’t ask for anything better than that.”

Kriesch and his teammates will be looking to take some of that pressure off their new coach, and start him off with some success.

Meanwhile, their old coach will be getting used to being a fan – but a very proud one.

“Looking at what they’re going to have this year, a lot of people were like, ‘How in the world can you walk away from it?’” Whitican said. “Well, I’m confident in who is coming in. I’m very proud to hand that over. Jared is going to do a great job. I’m not going to disappear from the meets. I’ll be there in the woods, hiding. A little surprise from Coach Whit.” 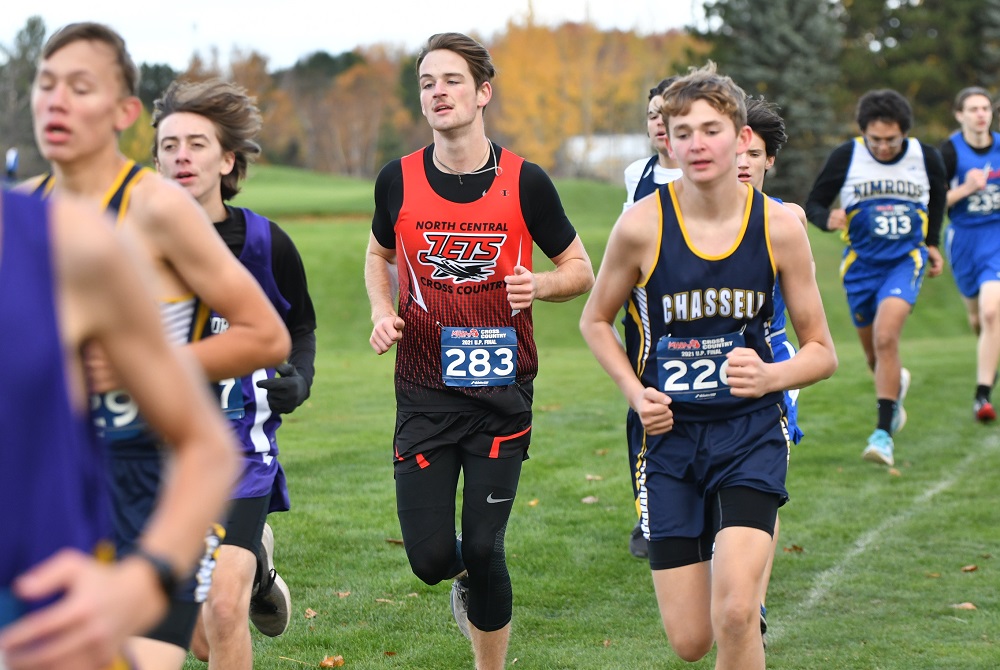 POWERS — Student-athletes from Bark River-Harris have waited a long time for their opportunity to participate in cross country.

After a few unsuccessful attempts to start a program at BR-H, a handful of its students are finally getting their chance to run this fall by combining forces with neighboring North Central through a co-op venture.

Wes Knauf, a sophomore at BR-H, led the Jets by placing sixth in the Munising Invitational on Aug. 23, covering the hilly 3.1-mile course in 20 minutes, 37 seconds.

“During the fall, our biggest sport is football,” he said. “I think it’s a great opportunity for us to have cross country. I wanted to run cross country because I want to get better. This gives me more conditioning for track. I enjoy it. I started a little nervous, but now I feel more comfortable with it.”

And the BR-H students were welcomed with open arms.

“Overall, I’m happy with the way the teams have progressed, and we’re happy to have a full girls team,” second-year North Central coach Mike Jenkins said. “We have only three boys, but we couldn’t ask for a better three.”

Three of the team’s five girls are from BR-H, including junior Julia Olson and sophomore Hope Varoni, who also play volleyball for the Broncos and were big contributors as the girls track & field team won the Upper Peninsula Division 2 championship in June.

“(Cross country is) pretty busy and demanding on my body,” said Olson. “At first I was pretty nervous, but now I’m enjoying it.

“I enjoy running through the woods. It was really hot (Sept. 7) at Manistique. It reminded me a little bit of last year’s track Finals (at Kingsford) because of the heat. This definitely helps for other sports because you’re better conditioned.” 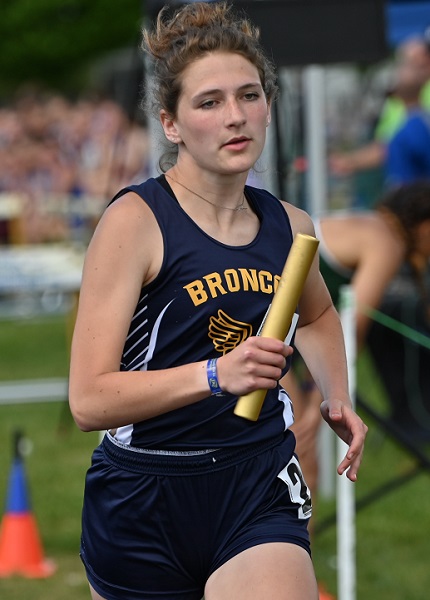 Varoni led the Jets at Munising by placing 15th.

“I was pretty nervous, but I’m also pretty competitive,” she said. “I’m a middle distance runner in track, so this helps my conditioning for sure.

“It feels great to have this opportunity. We’re like a little family. When we go on road trips, it’s a great time. That gives us a chance to bond as a team.”

“It’s great to have Wes,” said North Central sophomore Alex Pipkorn. “We don’t have a full team, but it’s great to compete anyway. Anything helps. The more runners we have, the better it is.”

“It feels real good to have a full (cross country) team,” she said. “I enjoy having the girls from Bark River-Harris with us. … I think our team has lot of potential. I think we can do a lot with that.”

BR-H junior Faith Javurek needed a little bit of convincing prior to joining the team.

“I wasn’t sure I wanted to do it because I didn’t know what to expect,” she said. “I’ve been running at home because I couldn’t make it to many of the practices, but it’s exciting.”

Sophomore Madelyn Corrigan, who joined the team last week, was set to make her debut at Superior Central.

“It was kind of hard on the first day,” she said last week. “I’m kind of nervous going into the first meet, but I’m doing it to get in shape for basketball.”

Senior Jesse Sampson said he’s more of a middle-of-the-pack runner, but also sees the wide-view benefits of running with the team. He finished 32nd at last season’s UPD3 Cross Country Finals, when the Jets had four racers – one short of getting to compete as a full team.

“The most rewarding part of cross country is meeting different kids and making friendships. It’s a benefit having Wes on the team. Competition-wise we don’t have enough for a team score, but it’s light-hearted and fun.”