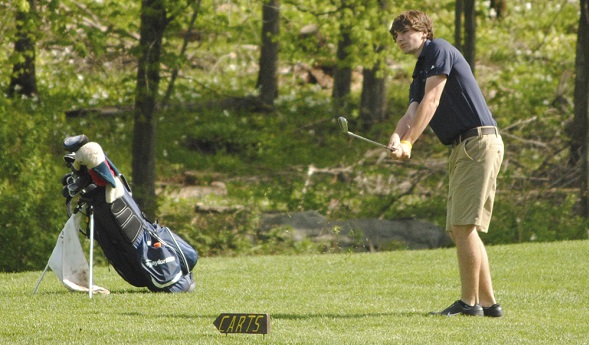 By Burt Angeli
Special to Second Half

The Bulldogs, with four seniors playing big roles, retained the U.P. Division 2 crown with a dominating performance. Hancock tallied a 327 to down Norway and L’Anse, both at 346.

The difference was one stroke between Hancock and Norway in last year’s U.P. tournament. L’Anse, which had one golfer take ill Wednesday, missed out on the second-place trophy after the tiebreaker.

“All of the scores were pretty tight and close together, which is a testament to how hard these guys push each other in practice.”

Bulldogs filled four of the top scoring spots — junior Matt Sanregret (37 front nine) and Kyle Hauswirth (38 back nine) at 81, Tanner Kearly and William Lucier at 82. Senior Tony Fisher, fifth member of the Bulldogs, was also in the mix at 84.

“Those four seniors are all good friends, and it’s made for a lot of good friendly competition amongst the team trying to get better,” Gervais said. 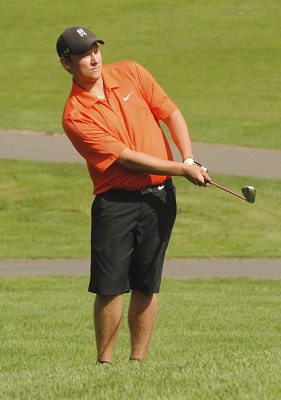 Hancock boys have produced four U.P. titles and a runner-up in the last five years.

"I think we've been fortunate as a program to have a lot of kids that like to compete with each other and make good golf scores, get better at their games, and one through five we've had some pretty solid teams," Kearly said recently.

The short season due to the weather didn’t deter the Bulldogs’ determination.

“The winter was tough on us and, in fairness, it was tough on all of the teams in the U.P.,” Gervais said. “Very few schools got to get out on the course very much before we had to start rolling into the season.”

Tristan Leaf of L’Anse retained medalist honors, leading the way with a six-over par 78. Norway’s Justin Anderson was next at 80.

Ray Miron of L’Anse shared third with Sanregret. Max Maloney of West Iron County was among the group at 82.

“I just told myself if I stay away from that I should be OK,” Leaf said of his front nine difficulties. “I was playing pretty good and my putting was good. I just needed my iron shots to get down.

“My drives were OK, but they should have been better.”

The senior, medalist last year and third two years ago, carded matching 39s for his round. He registered back-to-back birdies before the “triple” on No. 17.

The senior will take his game to Ferris State, where the future pharmacist hopes to make the team as a walk-on.

“I’ll try and see what I can do,” Leaf said of attempting to crack the Ferris roster.

“Then I started making some pars with a birdie here and there,” Anderson said. “That got my confidence back.

“I made a lot of putts, and I was chipping pretty good.”

“I thought we played pretty well,” Norway Coach Ben Leiker said. “The conditions were great, and the weather was finally beautiful.

“Hancock is a veteran club. They’re a great team. We would have had to play our best match of the year to be able to beat them. We’re very happy with what happened.”

Both Leaf and Anderson applauded the George Young course layout.

“Beautiful course conditions,” Leaf said. “The greens were slower than normal, but I like them.”

Noted Anderson, “They were pretty good if you keep it in the fairway and stay out of the woods.”