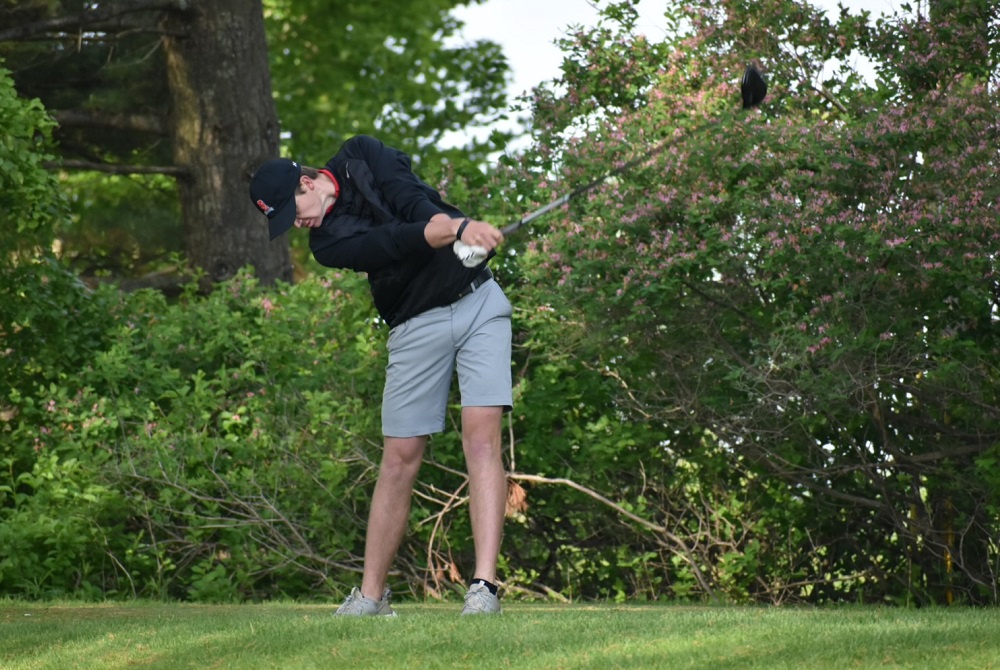 His last name may be associated with basketball, but Spring Lake senior Evan McDermott is making a name for himself on the golf course.

McDermott’s uncle, Greg, is the longtime men’s basketball coach at Creighton University (Neb.). Greg’s son and Evan’s cousin, Doug, was a three-time, All-American basketball player for his father at Creighton, who recently completed his eighth season in the NBA, currently with the San Antonio Spurs.

Evan McDermott is putting his 6-foot-4 frame and athletic ability to use on the golf course, where the slim bomber has emerged as one of the state’s best players.

“For a long time, I thought I was going to be a basketball player, because that’s obviously big in our family,” said Evan, a 3.9-GPA student who did play basketball for the Lakers. “But then I fell in love with golf.”

McDermott captured the medalist honor with a 3-under par 69 at last week’s Lower Peninsula Division 2 Regional at Lincoln Hills in Ludington, helping the Lakers to the team championship.

He and his teammates are putting in the work and hoping for a similar result at this weekend’s Division 2 Final at The Meadows at Grand Valley State University in nearby Allendale.

McDermott can’t think of a better place to conclude his high school career because, outside of the course he grew up playing (Terra Verde in Nunica) and the Lakers’ home course (Spring Lake Country Club), it’s the golf course that he has played the most.

It also helps that one of his biggest mentors in the sport during his high school career happens to be GVSU men’s golf coach Gary Bissell, who is Director of Instruction at The Meadows.

And, finally, he and his teammates have good memories from their last tournament at the links-style course. Spring Lake won the Gull Lake Invitational at The Meadows on May 19, a tournament which featured 11 of the state’s top 16 teams in Division 2, and McDermott placed second overall with a 71. 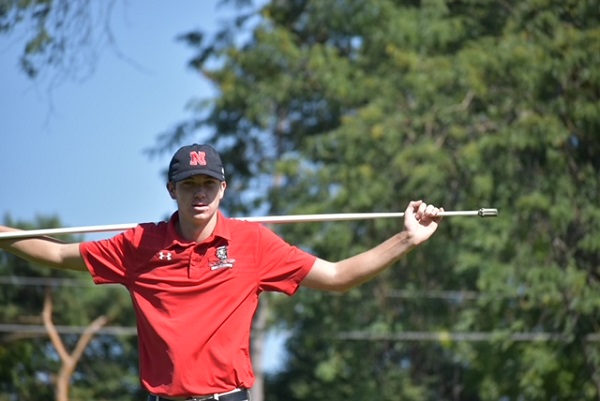 First-year Spring Lake coach Dan Start thinks the combination of a familiar course and an experienced team – with a leader like McDermott – could help the Lakers improve on last year’s eighth-place Finals finish.

“We have played three competitive rounds at The Meadows already this year, so that’s a big plus,” said Start. “All of our guys have the ability to score well, but I like what I saw at Regionals. We had struggles early, but the guys battled and battled and got themselves back on track.”

Max Brown has emerged as a solid No. 2 man for the Lakers, coming up big at Regionals with a 75. Senior cousins Dylan Lisman and RJ Lisman hold down the third and fourth positions, while junior Conrad Bush and senior Braiden McClain have battled for the fifth playing spot.

But without question, McDermott is the leader of the Lakers.

McDermott uses his long, flexible frame to crank drives approaching 300 yards – regularly giving him an edge over his competition. He considers ball-striking his biggest strength, and in recent weeks he’s been heating up on and around the greens.

“I really played well at Regionals. I played the last 11 holes four-under in some big winds,” said McDermott, 18, who has an older sister, Mia, who attends Notre Dame. “I’m just going to try and keep that going at state and not over-complicate things. If it isn’t broke, don’t fix it.”

McDermott, a four-year varsity golfer for SL, first made a name for himself by making a run to the finals at the 2020 Michigan Junior State Amateur at TPC Michigan in Dearborn, the summer before his junior year. He then placed third at last year’s LP Division 2 Final, shooting a 68 in his final round.

This spring, he has picked up where he left off as the steady leader of the Lakers. McDermott powered his team to the Ottawa-Kent Conference Blue title, with the highlight a sizzling 31 at SLCC in a conference jamboree.

“Evan has amazing physical skills, but he also has the mental toughness – he’s steady Eddie,” explained Start. “You combine that with his work ethic, and the sky’s the limit. He could be a professional golfer.”

He will take the first step in that direction in August, when he leaves West Michigan to play golf and study mechanical engineering at the University of Nebraska.

McDermott has roots in the Heartland as his father, Marty, grew up in Cascade, Iowa, and later was the head men’s basketball coach at Lake Superior State (where he met his wife and Evan’s mother, Rachel) and the University of Dubuque. He has served as the athletic director at Muskegon Community College for the past 15 years.

Evan McDermott said he was “blown away” by his visit to Lincoln, Neb., in the fall, especially attending the Cornhuskers’ night football game against Michigan.

“It was an incredible atmosphere, and it just felt like home,” McDermott explained. “With my dad’s family from down there, I’ve spent a fair amount of time there growing up. I’m used to the cornfields and the wind and the heat.”