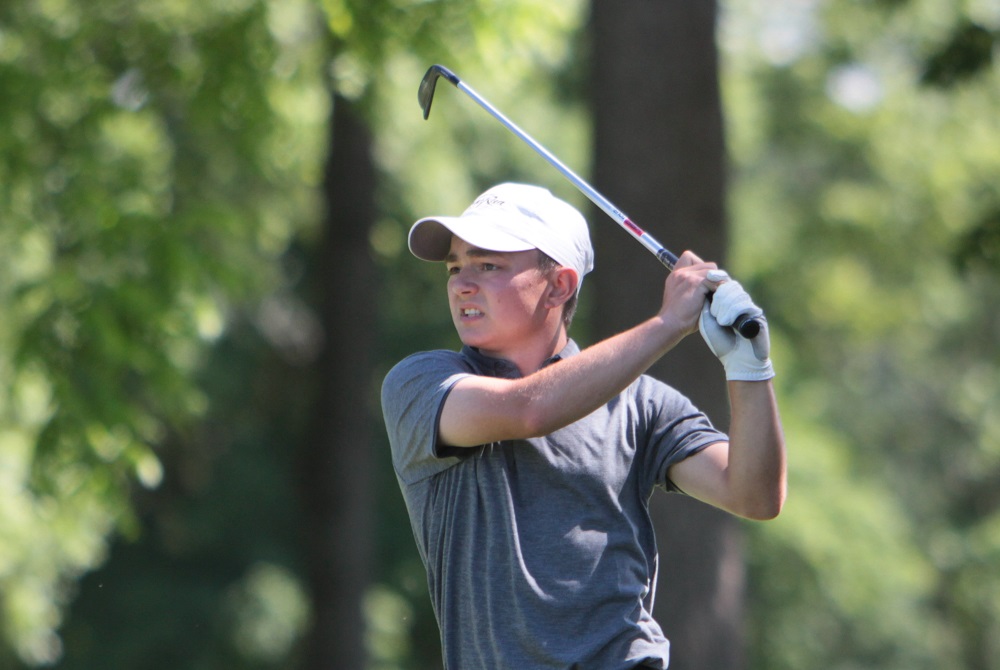 Powers North Central junior Bryson Mercier has missed a large portion of the typically-shorter spring golf season in the Upper Peninsula due to attending his Uncle’s retirement after 22 years serving in the U.S. Army.

But Mercier still worked on his golf skills along the way, albeit in entirely different surroundings than his native Upper Peninsula.

“Yeah, it was awesome,” he said about testing out the links at Royal Hawaiian Golf Course. “An amazing course and the views were nothing like you’d ever see here, that’s for sure. Probably the coolest golf course I have ever played on.”

Now back home in the western U.P., Mercier is aspiring to add to his Upper Peninsula Division 3 Finals championship won in 2019 as a freshman, and after COVID-19 forced the cancelation of his 2020 high school season.

He won the Big Bay Invitational this season and took runner-up at both of his other invitationals to date, one a 9-hole co-ed event and shooting a 72 in the other.

Mercier first received a little bit of notice at age 14 when he won a Drive, Chip and Putt local qualifier in Green Bay, Wis. Soon after he won the aforementioned U.P. Division 3 championship with a 74; his next two closest competitors tied with 82s. Then he won the Junior Tour championship of the Upper Peninsula Golf Association (UPGA) in 2019 – and he won it again during the summer of 2020 with a 1-under par 71.

Yet what really lifted Mercier’s golfing profile was earning Junior Player of the Year honors in Wisconsin last summer.

That’s the best place for Mercier to compete in multiple junior events within reasonable driving distance. Powers is due south of Marquette and west of Escanaba. He’s played in only one Michigan event ‘below the bridge’ – the GAM Junior Invitational. Most American Junior Golf Association (AJGA) events, where college coaches tend to swarm, are 7-10 hours’ drive away and simply not feasible.

Becoming Wisconsin Junior Player of the Year was not a specific goal – but it’s put him on the radar of college coaches, as it should. Earning any state’s top spot in summer-long accumulated points is no easy feat.

“That’s not what I was looking to do,” Mercier said about Wisconsin Player of the Year, yet he would like to repeat it soon, after his junior year in high school concludes next week. “I set short-term goals for each tournament. I’m not a person that likes to look too much into the future, because if you focus too much on the future, you’re going to miss something that’s happening right now.

“But that was the highlight of my summer.”

Mercier played about a dozen 2020 Wisconsin events and placed in the top 10 every time – a very consistent accomplishment he said he is proud of most. He won the WPGA Players Tour event at Blackwolf Run in a playoff, then posted consecutive victories on the Irish Course at Whistling Straights – the College Showcase with a 74 and then another WPGA Junior Tour event. The very next day he grabbed a fourth win with a personal-best 67 in a WPGA Junior Tour event in Green Bay. He added three runner-up finishes on the Wisconsin tour, which typically features the better high school players in that state.

In Wisconsin he averaged 72.5 strokes over 14 tournament rounds. His second consecutive UPGA win gave him five tournament victories during the summer of 2020. 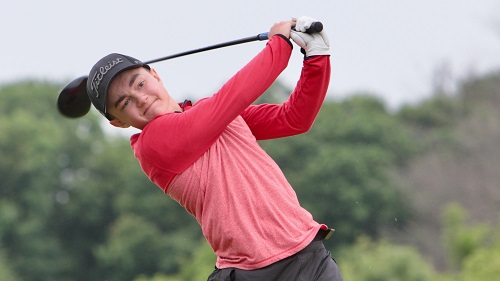 Mercier grew up a Tiger Woods fan just like his dad, who introduced him to the game with toy clubs as a toddler.

“He never forced golf on me, I just picked up on it myself,” Mercier said.

Mercier has been self-taught ever since. He doesn’t see the need for a swing coach, and who can argue? He said he can feel when something is wrong and typically corrects it fairly quickly. He’s driving the ball further with more regimented workouts, currently averaging 280-85 yards off the tee and climbing (the PGA Tour average at The Players Championship in March was 296 yards).

In more recent years, Mercier relates to different player on the PGA Tour.

“Rory McIlroy is my favorite pro right now,” Mercier said. “His body is a lot more like mine – a shorter, smaller individual.”

Mercier has college scholarship offers from University of Detroit Mercy and Wisconsin-Green Bay. With his high school junior season soon to conclude, he has more opportunities to impress scouts.

He wants to study business. Math is his favorite subject. He said that college golf won’t necessarily lead to a pro stint on Tour, but that it will help in expanding personal and business connections for a successful career.

“Bryson is relentless as a player … he has taken his natural talent to the next level through hard work and a tremendous desire to excel,” said North Central coach Gerald Whitens. “He displays a great attitude in the classroom (3.89 GPA, president of National Honor Society) and along with fellow students and teaching staff. The same work ethic that has made him such a good golfer has made him a strong student.

“His accuracy both off the tee and with mid-irons allow him to play precision golf, while his length has improved with fitness training and confidence. He takes pride in his short game and rarely three-putts or fails to get up and down after a missed green.”

Mercier said his goals are: “Just keep getting better, learn from high school, learn from college. Just take in everything.”

North Central has never been a golf school. Basketball is the main attraction to the youth in that region, where Mercier’s father, Adam, coached the Jets boys varsity to three straight Class D titles from 2015-17 while amassing Michigan’s state record in the sport of 83 consecutive victories.

Bryson was in late elementary and middle school at that time, as a starting point guard, but has dedicated his high school career to golf, where it appears that winning runs in the family.

“I feel like I can help make a difference to maybe get younger people my age to try golf,” he said. “It’s such a good sport for young people to get into because it’s such a life-skills sport. You can learn so much more outside of golf by playing golf, all the life lessons. You can develop great personality traits.

That said, Mercier is one amazing golfer – who is also having fun.

PHOTOS: (Top) North Central’s Bryson Mercier keeps his eyes on an approach shot during last summer’s WPGA Junior Championship. (Middle) Mercier follows through on a drive during a round last summer. (Photos by Rob Hernandez/Wisconsin.Golf).