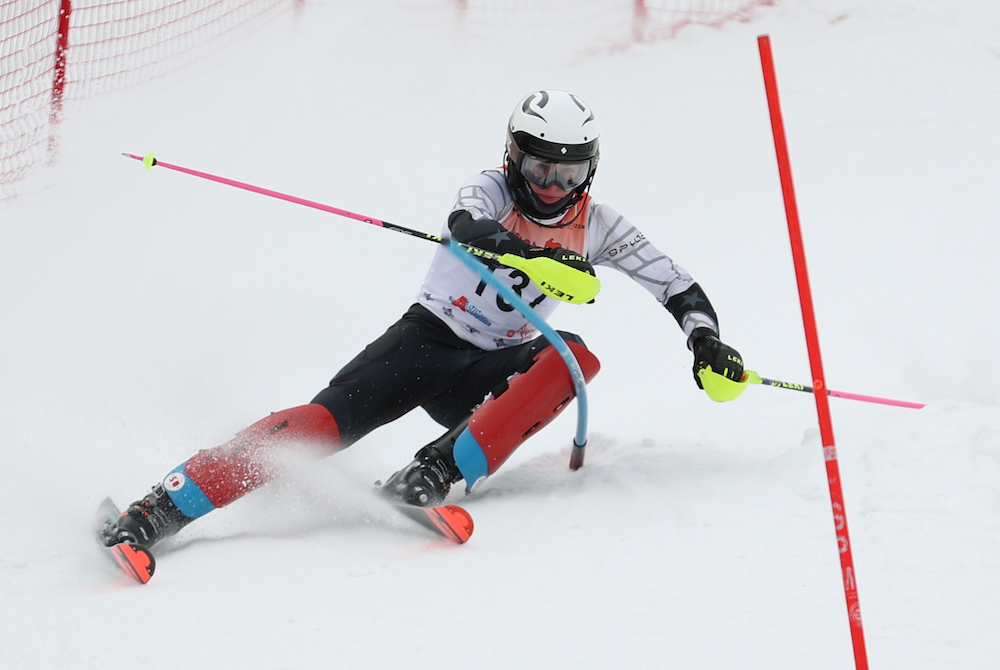 BELLAIRE – “Send it” was the motto of this year’s Petoskey skiing team.

The Northmen used a dominating afternoon in the slalom to pull ahead of Notre Dame and finish with 86 points. Petoskey trailed Notre Dame by four after the morning GS. Cadillac placed third at 116, followed by Gaylord (129) and Harbor Springs (149.5).

All the while, coaches wore hats emblazoned with the motto.

"It's a great streak and it's a testament to the community that's built around this program," said Petoskey boys skiing head coach Ben Crockett. "That is really the strength, is having families involved and it being valued in Petoskey and being something that our community is really proud of. And we just continue to have success."

The Petoskey win was even more impressive given the team had two falls in the morning GS session and another in the slalom.

"We were in need of having a finish to keep us in the in the competition," said Crockett, who won his second Finals title in as many years leading the program. "We got that with Gavin Galbraith, who's a freshman coming through at the very end when we needed him. So that kept us in the hunt."

Gaylord's Connor Abraham won the slalom title, posting the fastest run of each session by a fraction of a second ahead of Petoskey junior Nolan Walkerdine, who took second.

"It's just super cool to actually pull it off," Abraham said. "I've been working at it for a long time, so I'm really excited right now."

The boys slalom saw a lot of skiers hiking, with eight falls in the first three flights of the first run.

The second run ended up better, the snow firming up in between.

"You never know what you're going to get," Abraham said. "That could happen to anyone and it happened to a lot of people today. I've been there many times before." 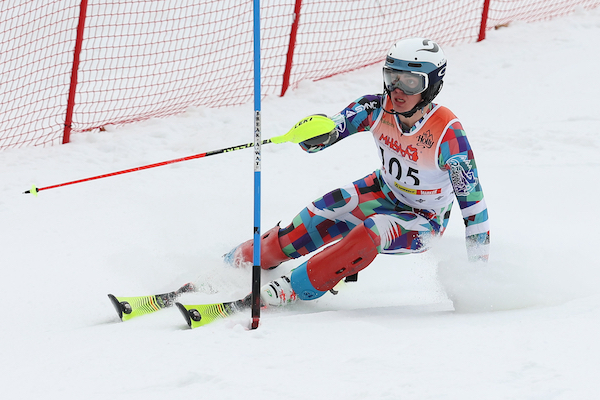 Abraham also placed fifth in giant slalom, in what he called his best GS race of the year.

Walkerdine also placed third in giant slalom after top-flighted teammate and senior captain Will Goelz fell on his first run.

"There are situations where a hike can make the difference between winning and losing and that was going through my head," Goelz said. "I also wanted to be able to have a second run to finish off my high school skiing career on a good note."

Goelz bounced back with the fourth-fastest second slalom run.

"Nice be able to keep our streak alive," Goelz said. "It was just a really great team effort from our entire team. We counted on every single one of us. I've got a great team to back me up and find some really great results themselves."

"It's such a cool thing to be able to be part of a team with that much of a legacy," Goelz said. "A lot of great skiers and great people come out of our program, and it's really great to be able to add to that going forward."

Great North Alpine — a co-op team consisting of Traverse City St. Francis, Elk Rapids, Central Lake and Grand Traverse Academy — had junior Corbin Murphy place seventh in slalom and tie for 10th in giant slalom to earn all-state in each after qualifying as an individual.

"Coming as an individual this year was a little different because ever since freshman year, I've been coming here as a team," Murphy said. "But it was fun this year. I didn't have to worry about anything for the team, so I could go full gas."

GNA doesn't lose any seniors, so Murphy expected to be back next year as a team during his senior campaign.

Whereas Great North Alpine's entire team — the one squad to interrupt Petoskey's run at 12 titles in a row — wasn't at the Final, another team made its return after a long while.

Onekama qualified at a team for the first time since 1994, the program's only other time making the Final as a team.

"We just made it as a team finally, which was kind of a cool thing for my senior year," Thomas said. "After all these years, we're working hard all year skiing, practicing lots and trying to get better."

Mount Pleasant also made its Finals debut as a team, finishing eighth with 223 points, tied with Grand Rapids Christian.

PHOTOS (Top) Petoskey’s Nolan Walkerdine cuts past a gate during a slalom run Monday at Schuss Mountain. (Middle) Gaylord’s Connor Abraham surges into a turn on the way to winning the slalom. (Click for more from Sports in Motion.)