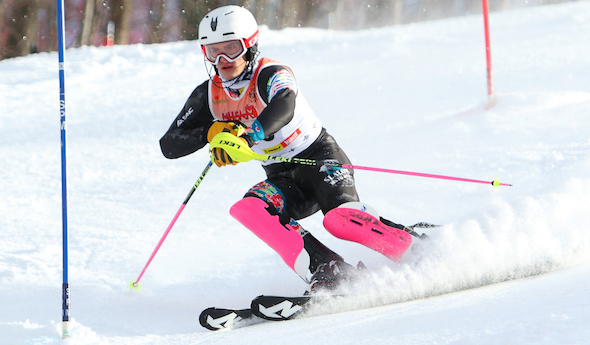 PETOSKEY — The Petoskey boys ski team is no stranger to being king of the hill.

However, one more ascension to the summit will put the Northmen in exclusive company.

Petoskey is aiming for its ninth straight Division 2 boys skiing championship when it competes at Monday’s Finals at Boyne Mountain. It would be an unprecedented streak in this state, eclipsing the record of eight straight Finals championships the Northmen share with Traverse City, which won its eight in a row from 1988-95.

“That was when Traverse City was one big school. I think they had 2,200 kids or something,” said Petoskey coach Erik Lundteigen. “If we were to win number nine, we’d have that by ourselves, which would be kind of cool. Either way we’ve had a good run. The kids are excited about it, though.”

This year’s Petoskey team has experience, but not as much as others. Davis Blint is the lone senior, and the team is led by a pair of juniors in Tripp Thomas and Jimmy Flom. The talent level remains high, though, and expectations haven’t wavered.

“I really hope to keep the streak going,” said Thomas. “I think we have the tools to do it. Everybody just needs to finish. We’re excited just to be going back and getting the opportunity to race, to keep on going and trying to uphold our title.”

It will be Petoskey’s first meet at Boyne Mountain this season, but it’s a venue Lundteigen knows well. Petoskey also won its 2011 title there.

“The (giant slalom) hill has some pitch to it,” Lundteigen said. “It’s fairly steep, but then it has a long flat. A racer has to be good on the steeps, but also glide well on the flats. The slalom hill is probably one of the best in Michigan. It’s a very sustained pitch going down and very little flat at the bottom.”

Thomas said discussion of setting the record for most consecutive Finals titles has come up at times during the year, but has waned of late as the Northmen are trying to remain more dialed in to the task at hand – being mentally prepared to go out and ski their best on the biggest stage of the season.

“This week we’ve tried not to focus on it too hard,” said Thomas. “We don’t want to dwell on it.”

Petoskey will certainly have its work cut out for it. The Northmen finished second in the Regional to Great North Alpine — a co-operative team made up of skiers from Elk Rapids, Traverse City St. Francis and Grand Traverse Academy. Great North Alpine has finished as the Division 2 runner-up each of the last three years and four times total since Petoskey’s run began in 2011.

It was Petoskey’s third runner-up finish at the Regional in the past nine years. The Northmen were second to Harbor Springs in 2017 and Ironwood in 2015, but came back in the Finals to finish first both times.

“The best team is going to win on Monday,” said Lundteigen. “It could be us. It could be them. Maybe somebody else might slip in their too. I’d say we’re right there. It’ll be a good race.

“We’ve got eight (straight). They’re still looking for their first one. I’m sure they’d love (to win), but we don’t want to give it up.” 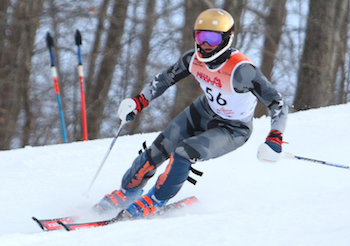 Lundteigen took over the program in 2014, after the Northmen already had three straight championships under their belt. He was able to coach his sons, Gunner and then Garret — between them they won three individual Finals titles besides the team championships — and has watched the success continue now three years since Garret graduated.

“It’s good to keep this rolling,” said Erik Lundteigen. “We’ve had some really good skiers in our program over the years and that really breeds success in itself. Kids look up to one guy, then that guy graduates and other people step in. It’s been a lot of fun to be a part of.”

A good middle school program, as well as opportunities to ski race with the Nub’s Nob Racing Team and Boyne Racing Team have been important for developing young skiers and maintaining the pipeline to success at the high school level. Even before this latest string of championships, Petoskey had been one of the model programs in Michigan. The Northmen captured 11 team Finals titles between 1982 and 2008 and have had 10 skiers claim an individual championship in their history.

“We’ve always got a pretty good mix of older kids leading, moving forward, and then younger kids learning how to do it, and then meshing the two together,” said Lundteigen. “When these seniors graduate, there’s somebody who’s ready to step in.”

And when skiers get to the high school squad, they learn the value of training hard to get to an elite level.

“I hang my hat on the fact that we train really well,” said Lundteigen. “We train with shape, which is really important in skiing. A lot of people ski really direct. A lot of courses are set very straight. That doesn’t necessarily make a good ski racer. Our courses are challenging. We train that way all year. That doesn’t guarantee success, but it puts you in a better position to be successful.”

Thomas says growing up watching the high school team have the kind of success it does year in and year out was inspiring, and he feels fortunate to now be a part of it.

“It’s a great program,” he said. “I love the coaching, and I love all the people. It’s a great dynasty. It’s a great honor to be a part of this program that’s been so great throughout the years. It makes me want to keep living up to that expectation.”

High expectations, no doubt, but the Northmen have been here before and they’ve proven adept at getting the job done. Eight times in a row, in fact.

PHOTOS: Petoskey’s Tripp Thomas, here during last week’s Regional at Nubs Nob, finished second in the slalom and third in the giant slalom. (Middle) Jimmy Flom will be another key contributor as the Northmen go for a ninth straight Finals championship Monday. (Photos by RD Sports Photo.) 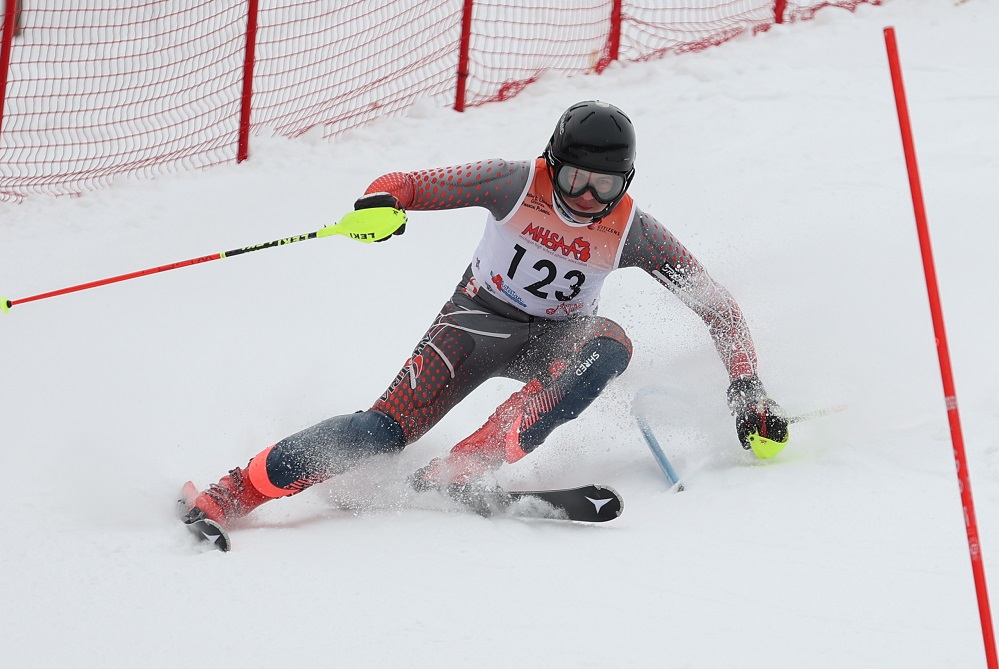