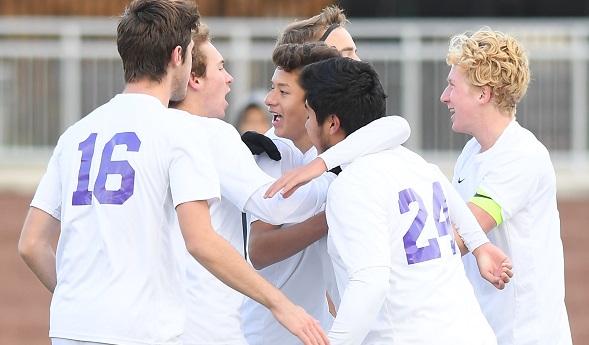 The most memorable season in Leland boys soccer history did not have the most championship-caliber beginning.

As the team’s annual three-night summer boot camp came to a close, it was obvious the Comets weren’t all physically ready for the rigors of the upcoming fall. Put another way, some of them just weren’t in shape.

It wasn’t a promising sign for a team looking to win its first MHSAA championship in the sport, especially a contender that’s had reams of success at the league and District levels over the last decade.

“As we were ending camp, Cobe (Lund) wanted to say something to the boys. He circled them up and asked, "Do you guys want to win states, (be)cause I do," Leland coach Joe Burda said. “He talked about how they had a short time to get into game shape, and how they weren't there yet.

“The boys came together that afternoon and set their goal for a state championship right then and there. They then spent the next couple of months achieving that goal.”

The MHSAA/Applebee’s “Team of the Month” for October lost only one game this season, to Cadillac during its opening tournament in August. The Comets finished 24-1-3, claiming the Division 4 title Saturday at Comstock Park with a 1-0 win over reigning champion Ann Arbor Greenhills.

Leland had never before played in an MHSAA Final in boys soccer. But over the last seven seasons including this one, the Comets had won seven league titles, six District and two Regional championships.

They finished October with a shootout 1-0 win over top-ranked Muskegon Western Michigan Christian and 3-2 Semifinal victory over No. 3 Kalamazoo Hackett and recently-named Mr. Soccer Award winner Brennan Creek. Leland had entered the postseason ranked No. 2 in Division 4 by the Michigan High School Soccer Coaches Association.

The Comets finished this season outscoring their opponents 159-19 with 17 shutouts while never giving up more than two goals in a game. The scoring margin over seven MHSAA Tournament opponents was 34-2 (counting only the 1-0 in the shootout win over WMC).

It wasn’t necessarily the offense or the defense that keyed the run, however.

“It was this team, this group,” Burda said. “We were so strong at every position on the field. We had a great target in front of the goal, we had lightning speed on the flanks of the field. We had, I think, the most technical and smoothest trio in the midfield. We had lockdown defenders with an ultra-competitive center back, and then Gavin (Miller) wore the gloves in the back and made several highlight saves to keep us surviving and advancing.

“We had every inch of that pitch covered offensively and defensively, and most of all these guys trusted each other in every position and we never needed a hero.” 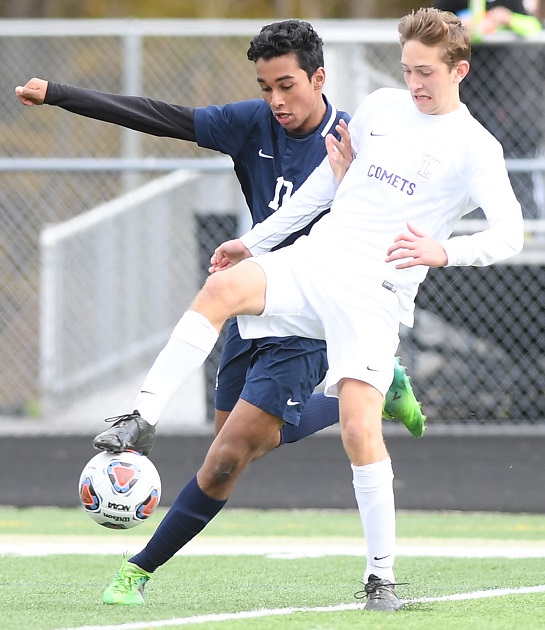 Senior defender Andy Mosqueda is among others who deserve special notice – as the shootout keeper in the Regional Final, he had two saves in the win over WMC. Sophomore center back JJ Popp, senior defender Colin Satterwhite and sophomore midfielder Wyatt Sirrine were among other top contributors.

“I think the biggest thing myself and the guys will remember is the support we had from the school and the community throughout the tournament run,” Burda said. “We filled both sides of those (Comstock Park) stands, those folks that couldn't make the trip sent us pictures of them gathering and watching on TV, and we arrived home led and followed by police cars and fire trucks, sirens and lights blaring. Everybody came out to greet the guys at the gym. … (it was) something everyone will remember.”