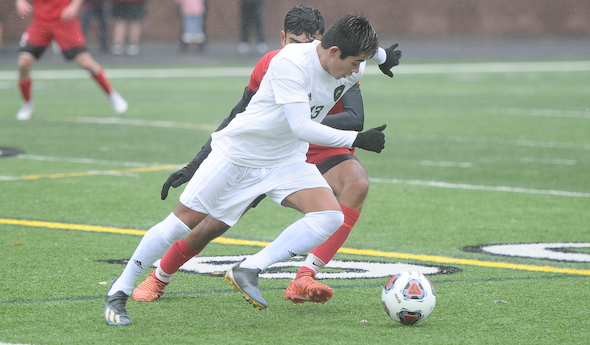 This Michigan high school boys soccer season started with unpredictability because of COVID-19. It will end Saturday with opportunities – some enjoyed for the first time, others as second chances.

And then there are the second chances. In Division 3, Grosse Ile and Grand Rapids South Christian will meet on the season’s final day for the second-straight year; Grosse Ile claimed a 2-1 shootout win in 2019. In Division 1, Detroit Catholic Central and Traverse City West both are seeking the second championships in their programs’ histories – West after finishing second in Division 1 in 2019.

All of Saturday’s Finals will be broadcast live and viewable with subscription on MHSAA.tv, with audio available on MHSAANetwork.com. See below for glances at all eight finalists, and come back to Second Half later Saturday for coverage of all four championship games. (The Michigan Power Rating noted below is derived from a team's success and strength of schedule and was used to seed Districts at the start of the postseason. The MPRs listed were where teams ranked at the start of District play.)

PHOTO: Traverse City West's Tony Gallegos (13) works to get past a Troy Athens defender during the 2019 Division 1 Final.