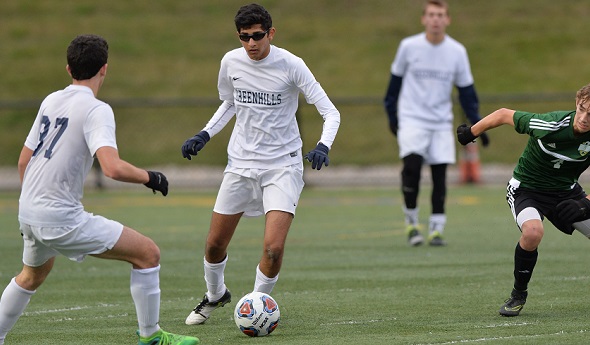 Tying together all four MHSAA Boys Soccer Finals to a common theme is impossible this season. But all four games have stories to tell.

In Division 1, Ann Arbor Skyline is ranked and facing an unranked opponent – but that unranked opponent is the most frequent champ of this decade, East Kentwood. In Division 2, Grand Rapids Forest Hills Northern is top-ranked and expected to win its first boys soccer championship – but takes on another of the most successful programs in state history in Detroit Country Day.

Division 3 pits the top two-ranked teams at the end of the regular season – Grosse Ile and Hudsonville Unity Christian. Division 4 offers Leland a chance to also win its first MHSAA title in boys soccer – but the Comets must face Ann Arbor Greenhills, coming off its first title won just a year ago.

Saturday's Finals kick off at noon and 3 p.m., with Division 3 followed by Division 1 at Novi and Division 4 followed by Division 2 at Comstock Park. All will be broadcast live and viewable with subscription on MHSAA.tv, with audio available on MHSAANetwork.com. See below for glances at all eight finalists, and come back to Second Half later Saturday for coverage of all four championship games.

LELAND
Record/rank: 23-1-3, No. 2
Coach: Joe Burda, ninth season (177-38-10)
League finish: First in Northwest Conference.
Championship history: Has never played in an MHSAA Final.
Players to watch: Cobe Lund, sr. F (41 goals, 18 assists); Owen Kareck, jr. D (5 goals, 3 assists); Nick Saffell, sr. F (16 goals, 11 assists); Michael Roberts, jr. M (24 goals, 6 assists).
Outlook: After seven straight league, six District and two Regional titles over the last seven seasons, Leland will play for an MHSAA championship for the first time. The Comets’ only loss came in the second game of the season, against Cadillac, and the only goals they’ve given up in six postseason games were two to No. 3 Kalamazoo Hackett in the Semifinal (not counting two penalty kicks in the shootout portion of a 1-0 win over top-ranked Muskegon Western Michigan Christian in the Regional Final). Lund made the all-state first team last season, and Kareck and Saffell earned honorable mentions.