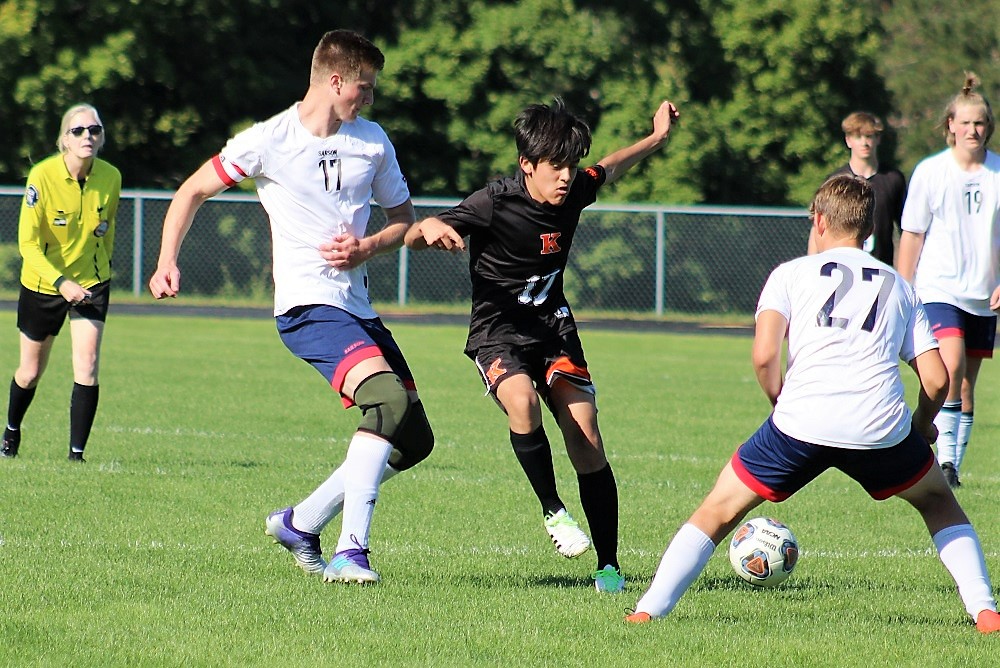 Kingsley did not go on unnoticed this fall in Northwest Conference soccer play.

In fact, many took considerable notice of the Stags.

And, the coaches of the league’s top teams are looking for even bigger things ahead from Kingsley. Quite, frankly, they’re hoping it comes to fruition for their own teams’ sakes.

“It’s always beneficial to have a solid conference – as it helps teams prepare for playoffs,” said Rob Sirrine, coach of this year’s league title winner, Leland. “We expect them to improve in the next few years.

“Kingsley has had a rough go of it the last few years – not unlike other schools in our conference that also have football teams,” he continued. “I think they have some potential based on the coaches they have brought in and volunteers that are helping out the program.”

Buckley coach John Vermilya, whose Bears finished second this year after winning the crown a year ago, echoed Sirrine.

“Kingsley has shown incredible resilience over the last three seasons,” Vermilya said. “This season they bounced back with an influx of young players, and you can see their growing tactical awareness along with technical ability.”

Youth soccer is growing in the Kingsley community as well, adding to the excitement. In fact, VanWindergen has two boys —Ted, 10, and Gunnar, 9, playing in the youth program. Tabatha VanWingerden, wife of the Stags’ head coach, is the coach of the U-12 team. 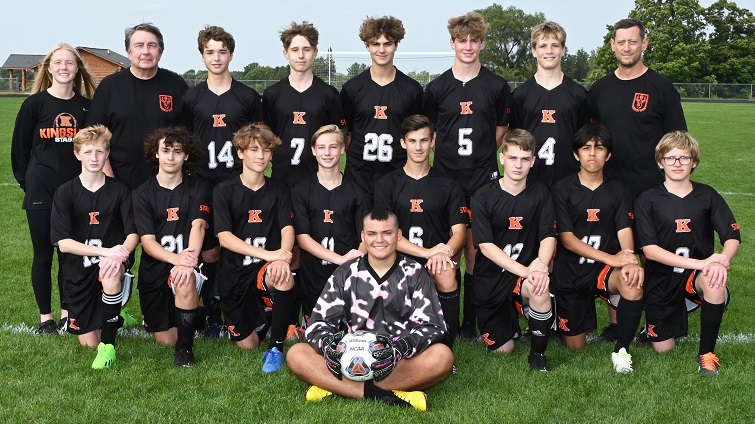 Mitch Miggenburg, Kingsley’s athletic director, is pleased to see the growth in numbers as the Stags move through “a 3-5 year” plan to become more competitive in soccer and cross country. He’s hoping those sports can find success similar to that of the Stags’ football team.

Kingsley is 6-2 on the gridiron and looking ahead to the football playoffs again. The Stags are fielding a full squad of cross country runners this fall after some lean years.

With an enrollment of well under 500, Kingsley has been able to involve 62 boys in football, 10 in cross country and 17 in soccer. Miggenburg noted cuts had to be made to the school’s co-ed middle school team this fall.

“I think we’re headed in the right direction,” Miggenburg said. “If you look at our record, you might not see it.

“This is not something that is going to happen overnight,” he continued. “In order for us to develop the way we want to develop, we’ve got to put some time in outside the season. And we have some coaches willing to help and do that, and it will only benefit us in the future.”

The Stags have not won a game the last two seasons, but VanWingerden believes success, as defined by wins, is right around the corner. He knows his team has shown moments of brilliance in every contest before the goals mounted against the Stags.

VanWingerden and Kingsley have been praised for outstanding sportsmanship by referees, opposing players and coaches.

Other bright spots in 2022 included outstanding play by freshman goalie Nate Lamie and stellar defense by senior captain Zakkeus Bedford. The Stags will have to overcome the loss of Bedford, their only senior this year, who played with tremendous drive and was the leader on the field.

But, they should return rest of the squad hungry for wins. And, they’ll add some solid incoming freshman players. 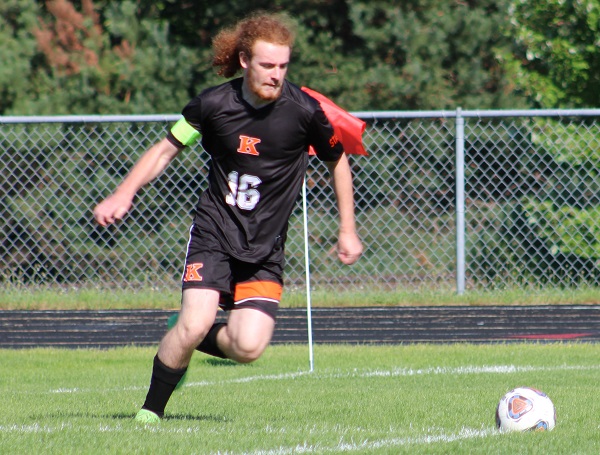 “I think next year is going to be a big turnaround,” VanWingerden predicted. “So the next two, three years, we’re going to start turning some heads.”

Despite not experiencing wins either of the last two seasons, the Stags have enjoyed playing soccer.

“There is a camaraderie there with these kids I just can’t quite put my finger on, but it’s part of what binds them better, facing that adversity on a regular basis and getting though it together as a team,” VanWingerden said. “They’ve come to practice the next day determined to work hard and try to improve little by little.

“The common goal to get better pulls them together and gives them a determination that is hard to find.”

Many conference games this year were played 9 vs. 9 or 10 vs. 10 per conference agreement. Benzie Central and Glen Lake played with fewer than 11 players in every contest this season. Benzie Central, Glen Lake, Kingsley and Suttons Bay all compete in cross country, football and soccer. Leland and Buckley do not field football squads.

The Comets won a District championship 1-0 on Thursday at Suttons Bay. The Bears are playing in a District Final on Saturday in Lakeview. Kingsley’s 0-19 season ended with a Division 3 District-opening loss to Boyne City last week.

The Stags have already begun working on next year. Offseason plans include drop-in soccer and participation in a newly-developed strength and conditioning program.

“The program is not going to move forward unless we put in a ton of work,” VanWingerden acknowledged. “We’ve had glimpses into what we could be if we did it on a regular basis.

“It is really encouraging.”