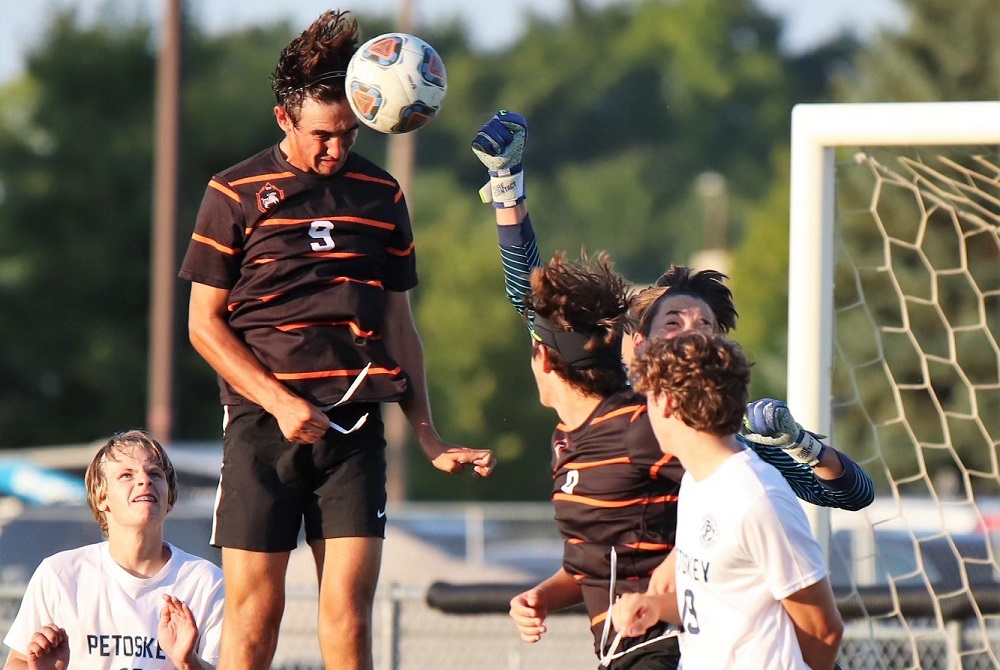 Not a whole lot is changing — yet — in the Big North, Northwest and Lake Michigan soccer conferences this year.

Traverse City Christian, an independent, is taking on schools from all three and wants a different District result to get back to Regionals this fall. And, perhaps surprisingly, Kalkaska is looking to change things too.

Of course West and Elk Rapids have their eyes on the postseason — again — as well.

West, coming off its annual Labor Day weekend tournament hosting Grand Haven, Midland Dow and Mason, is off to a 6-1 start, posting shutouts in its first four contests. Christian is 5-1-1.

And, by the way, Kalkaska is undefeated in regulation in its first six games.

That’s not an error either. Third-year coach David Wagner has his Blazers playing well and has seen some stellar goaltending by junior Kayden Dueweke-Gonzales. A shootout loss is the only blemish.

Wagner is hoping his team can pick up more wins than has been the case for some time for the Blazers in the Lake Michigan Conference.

“I think we will be much more competitive than we were last year,” Wagner said of the Blazers, who are 5-1 overall and 2-0 in Lake Michigan play. 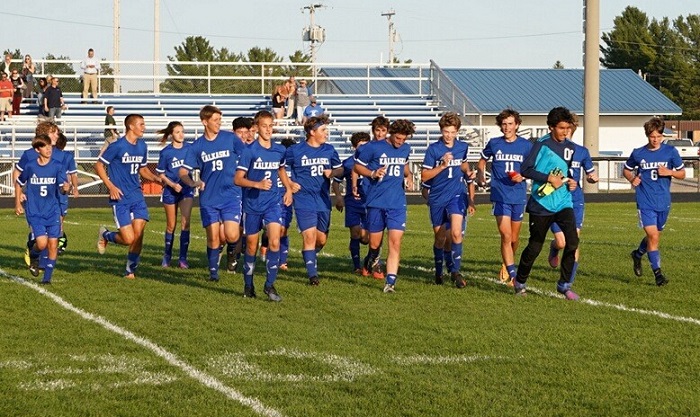 Nate Plum, now is his 15th year at the helm of Elk Rapids, is not overly concerned about his team’s win-loss record at this moment. He’s more concerned with the Elks learning from their experiences and hopes he will see stronger competition in the Lake Michigan Conference this year from teams like Kalkaska.

Despite what many would call a slow start, the Elks are still rated among the state’s top Division 3 soccer teams and are drawing the attention of the soccer community across the state.

Elk Rapids has made many postseason runs under Plum, who came into this fall with a 241-102-33 record as the Elks coach. Elk Rapids reached the Division 3 Semifinals last season before losing a shootout to the eventual champion, Grand Rapids South Christian. The Elks also reached the Semifinals in 2020, falling to South Christian. Elk Rapids has won four straight District titles, the last two in part because of one-goal and shootout wins over TC Christian.

The Elks prioritize playing teams like they may see at the end of the season, allowing the competition and conditions to force improvements. Teams are getting stronger in the Lake Michigan Conference, Plum is excited to note, but Elk Rapids hasn’t lost a league game in five years.

So the Elks have looked for opportunities to play on turf and tough environments like TC West and East Grand Rapids.

“The boys would rather be playing in late October than racking up wins now,” Plum said. “I know I’ve got to put them in situations where they have to get better — the only way the boys can get better sometimes is play games we’re not going to have the ball the entire time and they’re going to challenge us and put us in uncomfortable spots.

“When the games really matter at the end of the year and we find ourself in tough situations, we can say, ‘We’ve been in something like this, and we’ve seen it before,’” he continued. “Maybe putting us in those situations are more important to me than wins.”

TC Christian, a long-time regular and postseason opponent of the Elks, has its eyes set on knocking off the Elks in the District this time. 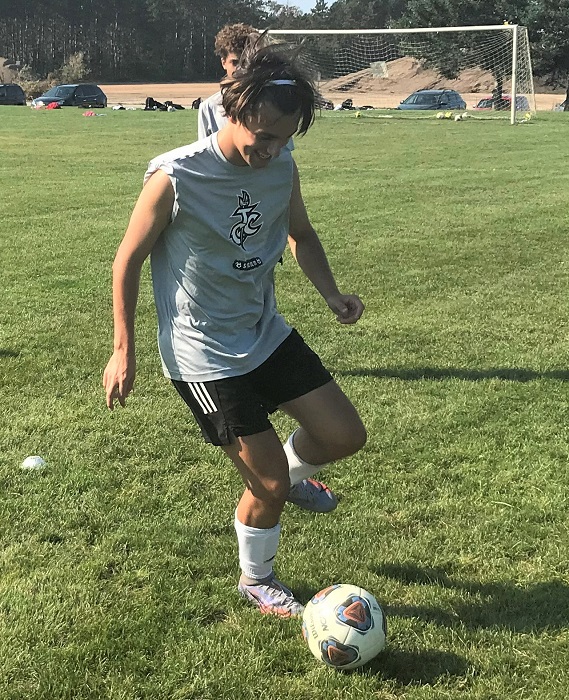 The Sabres are getting closer, but they haven’t made a Regional appearance since 2010. They will host the Elks on Sept. 20.

Roy Jay Montney, who owns a 37-10-3 record with the Sabres, said since they are independent, his program schedules every game with the postseason in mind.

“They will be strong and they will come out to play, and hopefully we’ll be ready for it.”

Christian is not ready to focus on the Elks yet. They will play Holland, Midland and Traverse City Central before that Sept. 20 meeting on the pitch.

“They’re (Sabres) tough competition, no question about that,” said Plum. “A lot of times I feel the one during the season is a soccer game and the next one is a bunch of emotion.

“Nobody wants to lose come October, and everyone is playing like it’s their last game,” Plum continued.  “They have to make it really tough to win the District and you’ve got to give them credit for that.”

Buckley, coming off its first Northwest Conference championship won last fall, is hoping to repeat but again must get past perennial league champ Leland (2-2-1), which has made many deep postseason runs including to the Division 4 championship in 2018.

Leland reached the Regionals in 2019 and 2020 before suffering a 1-0 District championship loss to Buckley in 2021. Rob Sirrine, now in his second year as the head coach, was an assistant coach for the Comets during those runs.

“We’ve got a really young team this year and are excited to see which underclassmen step up and contribute,” said Sirrine. “Our goal is to make it to Regional Finals at a minimum. 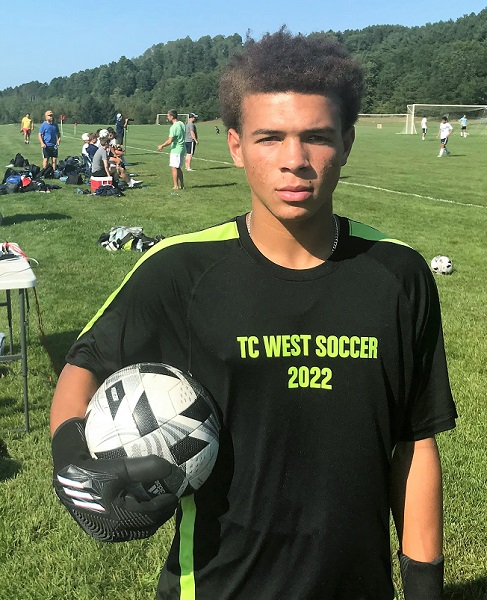 “We’ve had a few solid games and a few lackluster games so far, but it’s early,” he continued. “We’ll be working out the kinks over the next several weeks to be ready for playoffs this year.”

The playoffs will come after home and away games with Buckley in league play. The Bears and Comets are competing in different Division 4 Districts this year. Instead of loading up the nonleague schedule, capturing a league crown is critical to the Bears’ postseason preparation, veteran coach John Vermilya pointed out.

“We haven’t gone to the lengths of like Elk Rapids, TC Christian and Leland,” he said. “They’re always playing the biggest dog they can get.

“We’re trying to get a flavor of what is outside of our conference,” he continued. “We are just trying to win games and get one of the two seeds in District play.”

The Bears are going into a game today with Manistee, a Division 3 team, at 4-3-1.  They’ve recently benefited from two Spanish and one Italian exchange student entering the district.

Meanwhile, Traverse City West (6-1) is eying another postseason run and taking on Holland on Saturday. The Titans picked up a win in their conference opener Thursday over Petoskey.

Since taking over the West helm in 2015, Matt Griesinger has guided the Titans to a 123-30-15 record, District championships the last three seasons and Division 1 Finals appearances in 2019 and 2020.

The Titans have won the Big North Conference the last 12 years. Griesinger credits senior goalie Trae Collins for much of the early success this fall. Collins has a goals-against average of 0.81 through seven games.

Petoskey dropped to 6-5 overall with the West loss.

PHOTOS (Top) Elk Rapids' Caden Moore (9) gets his head on the ball during an Aug. 23 game against Petoskey. (2) Keeper Kayden Dueweke-Gonzales leads Kalkaska in its warm up before Thursday’s win over Boyne City. (3) Henry Reineck kicks the ball around during a Traverse City Christian practice. (4) Traverse City West keeper Trae Collins takes a moment during his school’s junior varsity game. (Top photo by Kate Parrish, Kalkaska photo courtesy of the Blazers’ athletic department, and Traverse City Christian and West photos by Tom Spencer.)