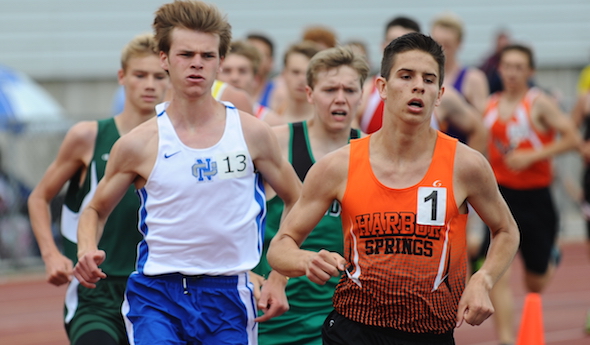 “I’m a little frustrated,” said the Harbor Springs junior, who won the 1,600 and 3,200 meters at last June’s MHSAA Lower Peninsula Division 4 Track & Field Finals. “I really want to get a meet in.”

A mid-April snowstorm blasted the area with more than a foot of snow last weekend. Most schools were closed Monday – and some Tuesday.

Kloss used the extended weekend break to put in an eight-mile run – his longest of the year.

“I had to find roads that weren’t as snow-covered as others,” he said. “It wasn’t the best footing.”

No sport has been able to gain traction.

According to the National Weather Service in Gaylord, this is the coldest and snowiest April on record in the northern Lower Peninsula. Some 37.3 inches of snow has fallen in Gaylord this month, eclipsing the previous record of 27 inches in 1923. Traverse City has had 27.1 inches, surpassing the mark of 17.3 in 2007. In addition, the average daytime temperature has been running 18 degrees below normal in this part of the state.

Harbor Springs had its first three track meets cancelled or postponed. The weather is expected to start turning this weekend, so there is hope the season will get underway next week, about three weeks from Regionals.

“I looked on athletic.net and it appears most schools, even downstate, haven’t had too many meets,” said Mike Kloss, Jeremy’s father and the longtime Rams boys track coach. “That makes me feel a little better. If they’re running downstate, and you’re not, then you feel like you’re behind the 8 ball.

“The weather’s got to give us a break.”

Jeremy sure hopes so.

“I don’t know if my mom (Emily, the girls track coach) has taken the snow tires off her vehicle yet,” he said. “I haven’t taken the sand bags out of my truck.”

Kloss, whose three older brothers previously ran for the Rams, jokingly noted last June before the championship meet that his brothers always had one question for him – “Why aren’t you running faster?”

“If you’ve been around us, you know it’s not an easy crowd at times,” said Mike with a laugh.

“He’s self-motivated,” added his father. “Like (Monday), he went out and ran eight miles in crappy weather. He has big goals in what he wants to do, and that’s what drives him. He wants to be good. He works hard.”

Kloss finished second to Caro’s Yami Albrecht (15:44.7 to 15:47.1) at the LP Division 3 Cross Country Final in the fall. Then, for the most part, he put training on hold to play basketball during the winter.

“Toward the end of the (basketball) season I would wake up at 6 a.m. and run three times a week, and then on the other two mornings I would go to the gym with a couple buddies for workouts (before school),” he said.

All in hopes of getting off to a fast start in track. 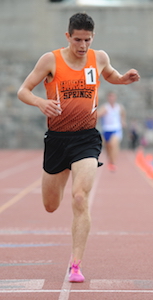 Kloss is motivated since he’ll have to now prove himself in Division 3.

“There’s a really good group of (distance runners) in Division 3,” he said. “It’s a tough group to hop in with, but I’m looking forward to the challenge.”

“The times will be quicker and the fields will be deeper,“ he said. “But having said that, he was close to winning the D-3 cross country title. It wouldn’t surprise me if he placed very well or won at the state track meet.

“It goes back to his persistence. That’s the one word I would use to describe him. I’ve seen him run since middle school and I’ve never seen him run what I consider a bad race. I’ve never seen him mentally quit in a race, no matter how he feels. Every runner has an off day where they don’t feel right. He runs through that. That’s huge in anything, including life.”

Peterson and Mike Kloss were college teammates at Ferris State in the mid-1980s. He’s watched Jeremy grow up, starting when Jeremy was just weeks old and his parents brought him along to the state cross country meet.

“He’s a nice kid,” said Peterson. “I’ve watched him run at numerous state meets and the way he conducts himself, his attitude, is unbelievable. I was at the D-4 track meet last spring, and after he won the 3,200 he ran across the track and hugged me – and I’m an opposing coach. I can’t say enough good things about him.”

Mike Kloss will let the next few weeks play out to see what events Jeremy will run come Regionals and, most likely, the Division 3 Finals.

“It’s way too early to make those decisions,” Mike said.

Jeremy, meanwhile, is excited to see what the 3,200 relay can do. Senior Max Sydow and sophomore David Harrell return from a unit that posted a podium finish last year. Sophomore Austin Smar will join the mix.

“If we all drop our times, which I think we can, we can be pretty good,” Jeremy Kloss said.

It will be an important few weeks for Kloss as he also tries to showcase his talents for college coaches. He’s received attention from some Division I schools outside the state, although his preference is to remain in-state.

“I would like to be closer to home,” he said.

For Mike and Emily Kloss, this is their 28th year coaching in the Harbor Springs system. They also lead the cross country programs. Mike recently celebrated his 30th anniversary with the Michigan State Police. Most of those years were spent working the nightshift. Now, he’s working days as a court officer.

His training regimen for distance runners is based on low mileage, high intensity workouts.

“It’s not that we went in with that thought,” he said. “We adapted to it. If I ran kids big miles, we would lose them and we don’t have many spares.

“Jeremy has been gradually increasing (his miles), but I don’t want him to run college workouts in high school. It seems to be working for him.”

“Kids are not getting hurt,” he said. “I can’t remember anyone having a stress fracture. The closest thing we’ve had is a couple kids with shin splints for a week or so. We’re staying healthy.”

As a trade-off, runners are asked to test themselves when they do work out.

“My dad likes to say, ‘A little faster if you can stand it,’” Jeremy said. “We have that quote on our sweatshirts and T-shirts.”

Now, if they just had better weather to start applying it. 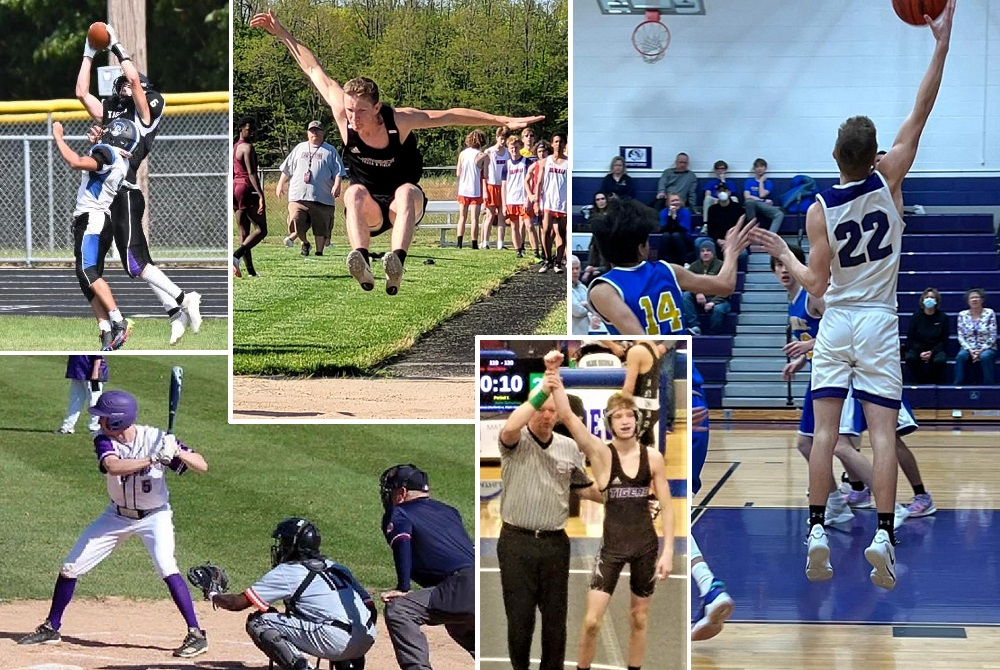