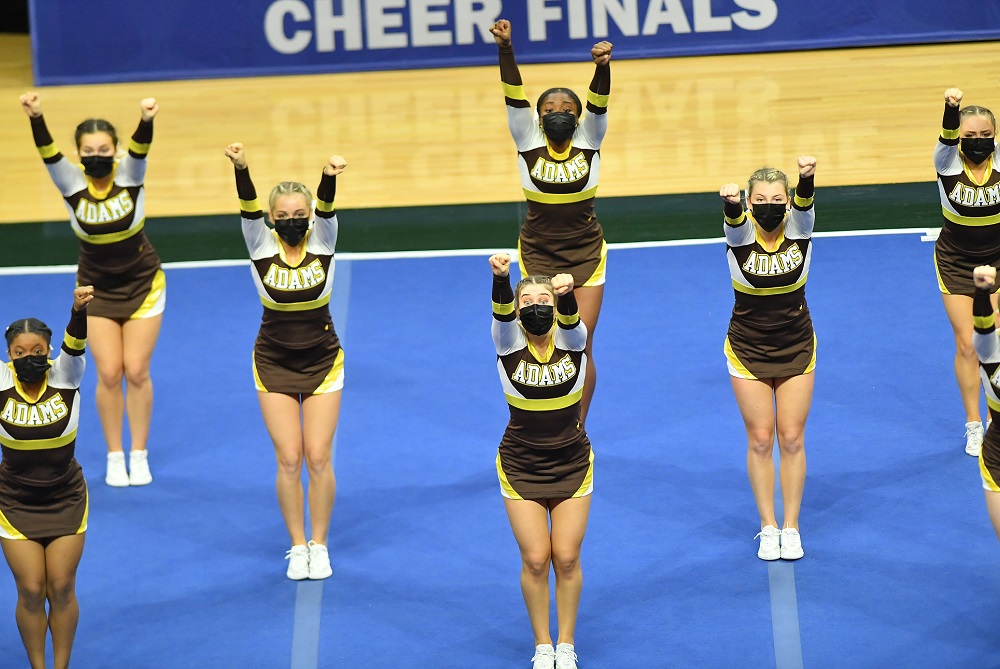 Rochester Adams has risen above the rest of Division 1 to win the last two Finals championships, and few would argue with the Highlanders as at least one of the favorites heading into Friday’s season-ending competition.

But the Grand Rapids Delta Plex also will welcome back the two most successful championship winners in Division 1/Class A history, plus four more teams that have finished first or second at this event over the last decade and an eighth team that came in third only two seasons ago.

Division 1 competition begins at 6 p.m. Friday. Tickets cost $10 and may be bought at the Delta Plex, and all four Finals will be broadcast live on MHSAA.tv and viewable with a subscription. More information, including the spectator seating chart, is posted at MHSAA.com.

HUDSONVILLE
League finish: Second in O-K Red
Coach: Andrea Crowley, fifth season
Championship history: Division 1 runner-up 2012.
Top score: N/A but did score 783.94 at Regional
Team composition: 29 total (12 seniors, 13 sophomores, four freshmen).
Outlook: Hudsonville is back at the Finals for the first time since 2017, following a sizable senior class after just missing with a fifth-place Regional finish last season. The Eagles finished only 38 hundredths of a point off the lead at their District two weeks ago, also scoring better than 780 points at that meet. Seniors Jadyn Jarosch, Ava Ham and Amanda White all earned all-Regional recognition in 2021.

ROCHESTER
League finish: Third in Oakland Activities Association Red
Coach: Susan Wood, 41st season
Championship history: 14 MHSAA titles (most recent 2017), four runner-up finishes.
Top score: 789.9 at District
Team composition: 25 total (nine seniors, nine juniors, four sophomores, three freshmen)
Outlook: The MHSAA record holder for most Finals championships in this sport is back after a 2021 season derailed by COVID-19, and with plenty of power having nearly reached 790 points at both the District and Regional. The Falcons are made up mostly of upperclassmen and do have Finals experience on which to draw, with senior Holly McDonald an all-state second teamer and senior Isabella Olivares earning honorable mention when the team finished fifth in 2020.