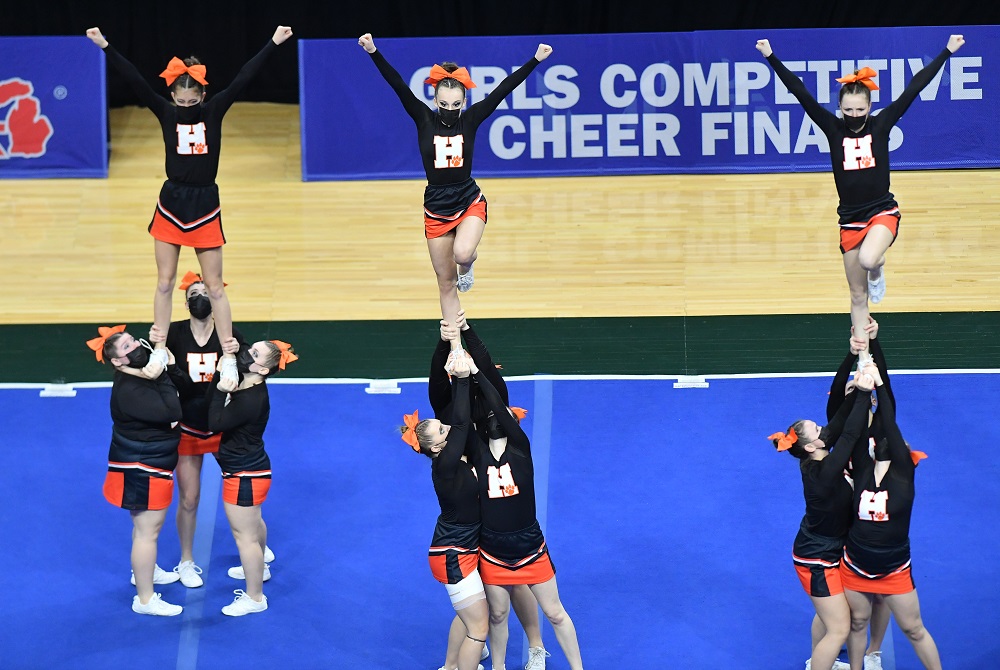 They’re likely the team to chase again Friday at Grand Rapids’ Delta Plex. And an intriguing mix of contenders will attempt to do so.

Pewamo-Westphalia is the only other past champion among the eight finalists, and Montrose and Mason County Central are making the trip for the first time. Beal City is back for the first time in a long time and has posted the highest score not by Hudson in the division, while Addison, Adrian Madison and Lawton are returning finalists aspiring to continue to climb.

Division 4 competition begins at 2 p.m. Friday. Tickets cost $10 and may be bought at the Delta Plex, and all four Finals will be broadcast live on MHSAA.tv and viewable with a subscription. More information, including the spectator seating chart, is posted at MHSAA.com.

LAWTON
League finish: First in Southwestern Athletic Conference
Coach: Holly James, ninth season
Championship history: Seeking first top-two Finals finish.
Top score: 708.62 at District.
Team composition: Nine total (four juniors, four sophomores, one freshmen).
Outlook: A Lawton team that also was young a year ago has continued to build, earning this second-straight trip to the Finals after finishing seventh in 2021. The team’s top score coming into the Finals is six points higher than a year ago, and Lawton has won all of its competitions while going over 700 points in four of its last six meets. Junior Mikayla Reynolds made the all-state second team last season, and junior Rylee Oxley earned an honorable mention.

PEWAMO-WESTPHALIA
League finish: Does not compete in a league.
Coach: Staci Myers, 15th season
Championship history: Nine MHSAA titles (most recent 2019), 12 runner-up finishes.
Top score: 680.76.
Team composition: 14 total (two seniors, two juniors, three sophomores, seven freshmen).
Outlook: The Pirates are coming off their second-straight Finals runner-up finish after winning Division 4 in 2019. Half of this team is freshmen, but P-W is anchored by athletes who have made one or more runs at the championship. Senior Halie Myers and junior Emma Flanigan made the all-state second team last season – both also received all-state recognition in 2020 – and sophomore Marissa Harp earned an honorable mention.