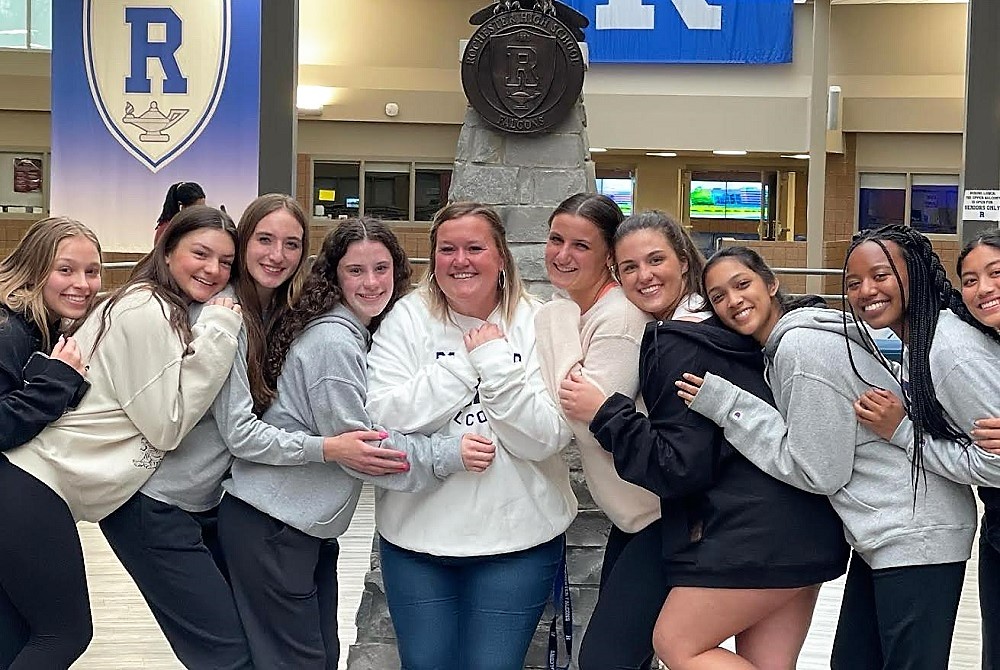 After all, the occasion will mark a first in more than four decades with a Rochester program that’s historically been considered the gold standard in the state.

When the Falcons compete at their first competition of the season at Troy, it will be the first time since 1981 that somebody other than the legendary Susan Wood will be at the helm of the program.

“Even with a change in leadership, we’re eager to show the world that Rochester cheer is back and better than ever,” Koehler said.

While there will probably be some nervousness, it also might be a relief to actually get into competition mode after an offseason of transition.

Following Rochester’s fifth-place finish in March at the Division 1 Final, Wood announced her retirement after 41 years as head coach.

All Wood (formerly Susan McVeigh) did during her tenure was lead Rochester to 14 MHSAA Finals championships and three runner-up finishes between 1994 and 2017.

In 36 out of 41 years with Wood in charge, Rochester competed in Finals of either MHSAA or MCCA state tournaments.

But rather than look at this as having to replace an irreplaceable legend, Koehler is looking at it as a chance to continue Rochester’s rich tradition – and such an opportunity was simply too good to pass up. 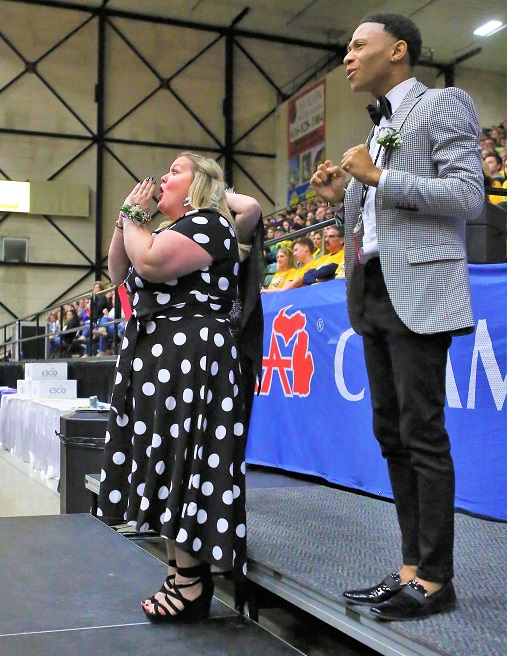 “Yes, this position comes with a lot of high expectations and pressure,” Koehler admitted, while also praising the parents and team members who have helped make the transition easier. “But like George S. Patton, Jr. once said, pressure makes diamonds.”

Koehler has had plenty of success as well, having spent the last seven years as head coach at Plymouth High School, where she was named Michigan cheer Coach of the Year in 2020 after leading Plymouth to a runner-up finish in Division 1.

She also has served as the head cheerleading coach at Wayne State University and on the board for the state coaches association.

“We wanted somebody with experience that coached at a high level and had success at a high level, because that’s where we are,” Rochester athletic director Dean Allen said. “The bar is high, and keep it there. Just keep Rochester cheer as the preeminent program in the state of Michigan. That was our goal.”

Allen said the biggest challenge has been for Koehler to balance out bringing in her own ideas, but also maintaining traditions that have made the program what it is.

“She’s been able to do that,” Allen said.

While the last few months have been all about getting to know her new team and community, the coming winter will be about trying to get Rochester back on top at the Finals in March.

The Falcons haven’t won Division 1 since 2017, and have seen city rivals Stoney Creek (in 2019) and Rochester Adams (2020 and 2021) claim the last three championships between them.

“We are fortunate enough to compete against two of the best teams in the state frequently throughout the season,” Koehler said. “Competing against Adams and Stoney betters our program by motivating athletes and coaches to be the best we can be each and every day. With such a talented and dedicated group of athletes, we are excited and eager to challenge our city rivals for that state championship.”