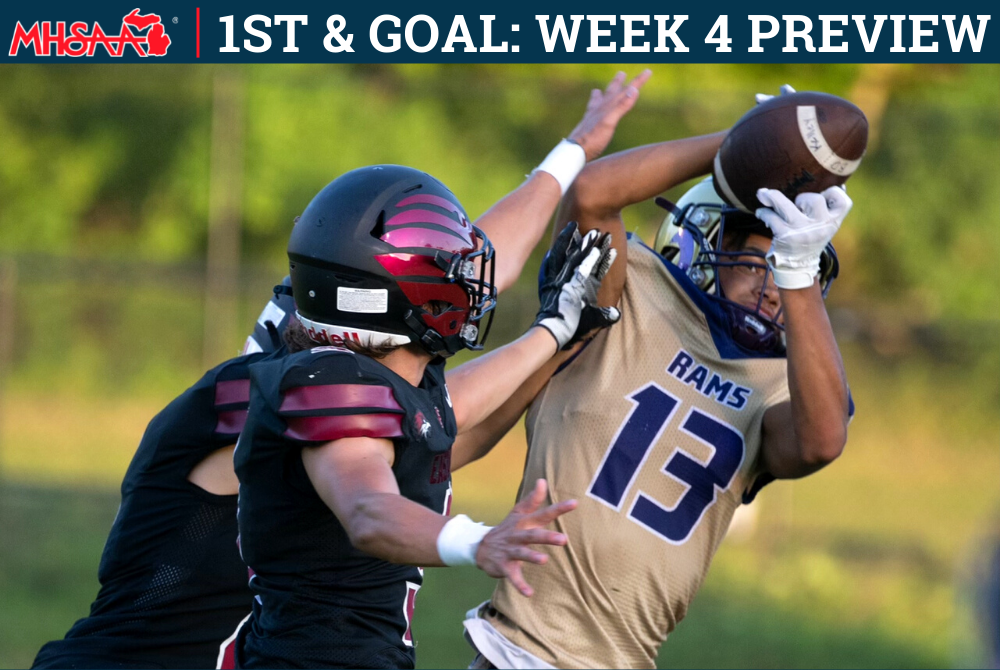 If last week’s top matchups could be considered tough to gauge beforehand, this week’s are a breeze to forecast.

Of the 18 teams listed below in our best-expected games from every region, 13 are ranked in the top 10 of their respective divisions by the Michigan High School Football Coaches Association. Our “Bay & Thumb” highlighted game featured two top-six Division 8 teams, and three more of those 13 are top-ranked with our best 8-player matchup featuring two teams that played in Finals last fall.

The Bearcats continue to thrive as one of the strongest small-school programs in the state, as last season’s only loss came in the Division 8 Semifinals and after they were Division 8 runners-up in 2020 and also made the Semifinals in 2019. Ubly seemed to take over as the Greater Thumb Conference East powerhouse from Harbor Beach, but didn’t truly shake the Pirates until sweeping them last year 50-33 during the regular season and 35-6 in a playoff opener. Harbor Beach should put up another challenge this time; the Pirates didn’t give up a point this season until last week. Both teams have two wins over 2021 playoff teams.

This annual matchup between Detroit Public School League powers – now back in the same division – will be a breakout game for the winner. Both have suffered losses to Indiana powerhouses – Cass Tech to Carmel and King to Indianapolis Warren Central – and both rebounded to open the league schedule with 60-point shutouts. King won both matchups with Cass last season, but by only seven and six points. As usual, this likely will be just the first of two meetings this fall, with the next in the PSL playoffs.

This has been the matchup not just in the Capital Area Activities Conference Blue but usually all of Greater Lansing since DeWitt moving into the league in 2018. The Panthers have won four of the five matchups since, including two in the playoffs and 49-14 last season. This should see a much closer result. East Lansing’s run so far this fall includes two wins over likely league title contenders, Portage Central and Fenton. DeWitt’s two wins also came against league title contenders in Haslett and Portland, and the young Panthers continued to show they’re learning quickly in last week’s overtime loss at Detroit Catholic Central.

Don’t let the Stags’ one-point loss to Gaylord in Week 2 take any of the dazzle off this Northern Michigan Football League Legends clash. Kingsley’s only other regular-season losses over the last five seasons were to St. Francis, 38-30 last season and then in 2018. The Gladiators have lit up the scoreboard with 42 or more points every game this fall, and they own an impressive 42-35 Week 2 win over Jackson Lumen Christi.

We featured Tecumseh earlier this week as that team is off to a grand start as it seeks its first winning season since 2013. Adrian is in a similar spot, having won two games a year ago, with those victories breaking a previous losing streak that stretched back to 2017. After falling to Ada Forest Hills Eastern in their opener, the Maples have won by 27 and 31, respectively, the last two weeks. The winner of this matchup may provide the toughest challenge to Chelsea in the Southeastern Conference White.

After last season’s game couldn’t be played, this rivalry that goes back at least 70 years is back. And although these teams remain in separate divisions of the Southwestern Athletic Conference, this matchup still carries plenty of clout. The Falcons do have a defeat, but by only two to a Hudson team that’s won 17 straight. Schoolcraft is coming off a four-point win over Kalamazoo United as it continues to rebound from last season – the Kalamazoo win was the second straight to avenge a 2021 loss.

These two have been the stories of the Upper Peninsula so far this season as both are on a roll after finishing sub-.500 last fall. Gladstone has defeated three 2021 league champions and appears the team to chase in the Great Northern Conference. St. Ignace may be the same in the Northern Michigan Football League Legacy coming off its second-straight shutout this month, this one against last season’s Legends runner-up Frankfort.

Two of the region’s best matchups this week come from the West Michigan Conference Lakes – Montague/Whitehall is the other – which means the league should sort out a bit by Saturday. Ludington is new to the league after playing formerly in the Lakes 8 Conference, and the Orioles already have equaled their win total of all of last season. The Oakridge matchup presents another level of opportunity though, as the Eagles are regular contenders in the former one-division WMC and owners of three wins already this fall over 2021 playoff qualifiers.

The Cougars are bringing a 27-game winning streak into this matchup – coinciding with their move to 8-player at the start of the 2020 season – and Colon was the opponent for two of those victories. But the Magi, last season’s Division 2 runner-up, also gave eventual Division 1 champ Lenawee Christian one of its best challenges last season, 47-21. Sidenote: These are two of five Southern Central Athletic Association A teams that have opened 2-1 or better.