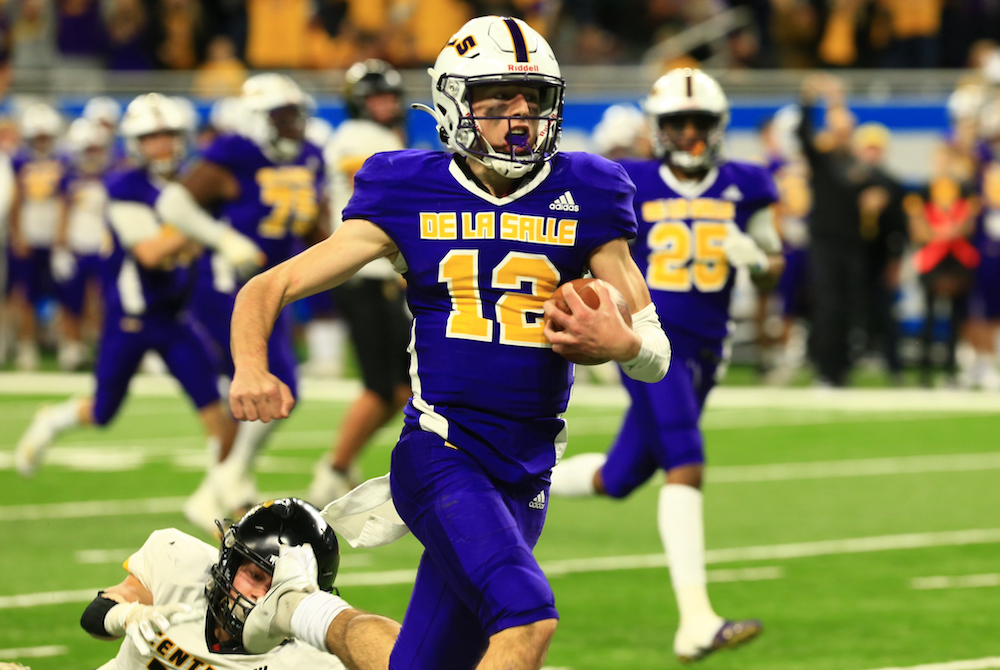 Dan Rohn admitted that the thought started to “hit me a little bit” on Tuesday.

However, this week it has started to strike him that pretty soon, he’s going to have to get used to life without senior quarterback Brady Drogosh.

From the moment Drogosh started school at De La Salle as a freshman, Rohn said he has been “my quarterback,” having constant meetings in his office before school and texting countlessly throughout the day about school, football and life in general.

“We do this to build relationships with kids, and I’ve got a pretty special one with Brady Drogosh,” Rohn said.

And make no doubt, Drogosh will be a hard one for even a power like De La Salle to replace.

“Brady is that level, where if anything is going wrong, I don’t have to tell him now when he comes off of the field because he knows,” Rohn said. “That’s how you can tell someone has arrived.”

Drogosh will be making his third-straight start for De La Salle in a Final, and the seeds for his great high school career were planted through failure in his first at Ford Field as a sophomore.

In a 25-19 loss to Muskegon Mona Shores, Drogosh struggled in his start and was benched in the second half.

“He struggled, and he’ll openly admit that he didn’t have full grasp of the situation,” Rohn said. “It was definitely a learning moment for Brady.”

As painful as it was, it also lit a fire in him.

“I know as I was walking off of the field, I turned to two of my sophomores saying I don’t want to feel like this again,” Drogosh said. “I think that was the fuel for me.” 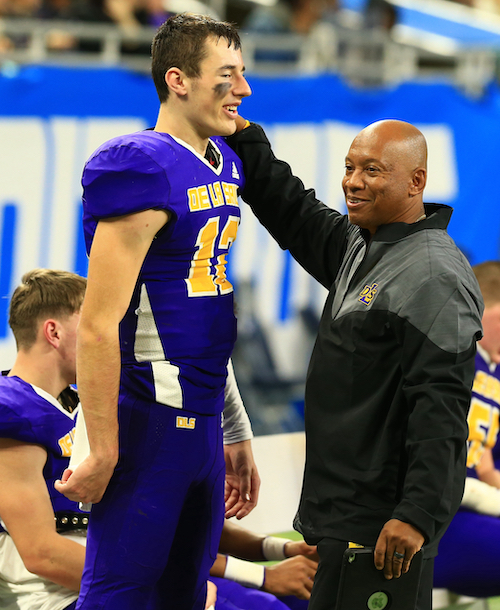 Then came the offseason, when Drogosh started his journey to becoming miles better as a senior.

He flew to California and participated in the Elite 11 quarterback competition, where he competed with some of the country’s best quarterbacks and learned under camp counselors who are some of the best college quarterbacks in the nation this year, including Alabama’s Bryce Young, USC’s Caleb Williams and UCLA’s Dorian Thompson-Robinson.

“You had three Heisman candidates there, so might as well learn anything you can,” Drogosh said.

“I definitely think my decision-making and accuracy has been better,” Drogosh said.

Drogosh will sign in December to play at University of Cincinnati and become an early enrollee starting classes Jan. 7.

Rohn said throughout the recruitment process with Drogosh, college coaches said the No. 1 thing about him they were worried about was his throwing mechanics. But Rohn feels Drogosh being around a full-time quarterback coach in college will rectify any of those concerns.

“Him focusing on someone who can work with him 1-on-1 and develop his mechanics, I think he’s really going to take off,” Rohn said.

A 4.0 student, Drogosh said he’ll be able to come back in the spring for the school’s graduation ceremony and walk the stage with his classmates, but his official graduation party will come on Dec. 21 when he officially signs with the Bearcats.

“There will be a graduation party,” Drogosh said with a laugh, adding teammate Mason Muragin, an Illinois commit, also will participate in the festivities.

But before that, Drogosh and De La Salle are fully focused on pursuing a repeat championship against Forest Hills Central.

There will be plenty of time for career reflection and lifelong relationships made afterwards.

But no doubt, when Friday comes and goes, one of the biggest sentiments of all will be that it’s going to be awfully hard to replace Brady Drogosh.