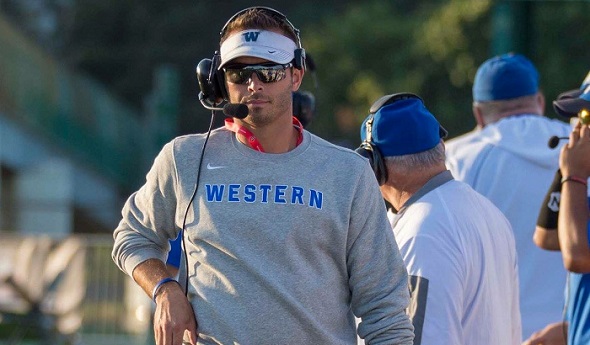 The Grignon football family continued its progression in the coaching ranks this season when Alex Grignon got his shot at being a head coach. Grignon was hired in June as head coach at Walled Lake Western to replace Mike Zdebski, who resigned to take a coaching position in Arizona.

Alex Grignon, 31, represents the third generation from a family of past and present high school head football coaches. And one can’t talk football in Wayne County communities like Dearborn and Lincoln Park without mentioning the Grignon family.

Ted Grignon was the athletic director and head football coach at Lincoln Park in the 1980s. His two sons, Ted and Jamie, played football at Dearborn Edsel Ford and then in college – Ted, a quarterback at Western Michigan University and Jamie, a safety at Grand Valley State. Jamie Grignon is in his third stint as Lincoln Park’s head coach. He was hired in 1994 and stepped aside after the 1999 season, but never left the sport as he went to Dearborn High as an assistant under Dave Mifsud in 2000. Grignon went back to Lincoln Park in 2013 as the head coach and, after taking another brief hiatus, came back last season and remains in that position.

His two sons, Andrew and Alex, played for Mifsud at Dearborn; and in 2004, Alex’s senior season, Dearborn reached a Division 2 Semifinal before losing to Orchard Lake St. Mary’s, 6-0. It marked the first time the program advanced that far in the MHSAA Playoffs. 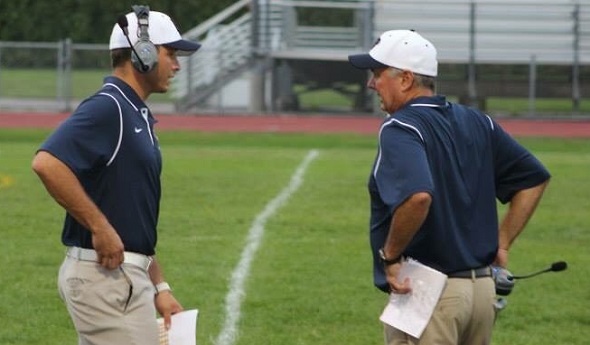 Andrew switched sports and played lacrosse in college (at Grand Valley), but his younger brother stuck with football. After playing four years at Northern Michigan, Alex was a graduate assistant there working with the offense before joining his father’s staff at Lincoln Park.

The Railsplitters have had their struggles of late, starting this season 0-3 and last making the playoffs in 2015. But in 2013, with Jamie as the head coach and Alex as the defensive coordinator, Lincoln Park ended a 66-game losing streak by defeating Taylor Kennedy, 34-20.

After five seasons at Lincoln Park, Alex went to South Lyon last season as the offensive coordinator, and this season he made the big jump. Walled Lake Western is one of the top programs in the Detroit area and a member of the Lakes Valley Conference, and Grignon has the Warriors off to a 2-1 start.

“He was proud that he was the third generation (of head coaches),” Jamie Grignon said. “When he coached with me, it was a growing process for him. There isn’t anyone who works harder than Alex. Whether it’s watching film, working with the kids after practice or what. He’s full-go.”

Like father like son. Jamie is not one to toot his own horn, but when he was the defensive coordinator at Dearborn people in the Downriver area, and in other football strongholds in the county, knew Mifsud had one of the best coaches calling his defense.

Mifsud is in his sixth season as the head coach at Parma Western after serving 16 in the same position at Dearborn. He was an assistant coach at Dearborn for four seasons before being named head coach in 1997.

Remember those dates. Before Mifsud was able to hire Grignon, the two met as adversaries on the field. Lincoln Park defeated Dearborn, 14-0, during Dearborn’s homecoming, no less, in 1999. That was Grignon’s last season during his first stint at Lincoln Park.

Mifsud didn’t have to twist Grignon’s arm to join his staff at Dearborn. Grignon’s oldest son, Andrew, was set to play for Mifsud in 2000. Alex is two years younger, so Mifsud was secure knowing the Grignons had his back.

“I was in my fourth year when Andrew came through, I hired Jamie and Keith Christnagel, who’s the coach at Woodhaven now,” Mifsud said. “We grew up together, the three of us, as coaches. We racked our brains learning the ropes. I always coached the offense. Keith had the offensive and defensive lines and Jamie the defense. The working relationship with Jamie was excellent. We split up the special teams, though he probably did more there.

“People know of Jamie, and he worked his tail off. On Sundays I’d stop by, you know, just to drop some film off or just to touch base, and his entire dining room would be spread all around with notes on breaking down the other team’s offense and such. Jamie’s a high-energy guy. He’s always thinking.

“Looking at Alex, yeah, I think they are similar. They can’t sit still. They’re always looking for something better. What a great hire (for Walled Lake Western). Alex is so great with the kids. He’s young (31). He’s got great football intelligence. Jamie was like that. He would tweak things in practice. He’d never be satisfied. Alex has that. He’s Jamie but at a different level.”

Mifsud and Jamie Grignon both said that what makes Alex a cut above is his leadership. As good as Alex was athletically as a player, his father said it was his leadership qualities that set him apart.

Mifsud recalled a story, a 2-3 week period, actually, during the 2004 season. The staff had yet to elect captains, and as preseason practices wore on Mifsud and his staff were taken aback by the actions of three seniors, Alex among them.

The coaches didn’t have to blow a whistle to start practice. Those three would have the players ready.

“I looked at my coaches,” Mifsud said. “And said those are our captains.”

Alex said he never thought about being a leader. It just came naturally. He grew up watching football from the sidelines, and later as a water boy, and then at home watching his father gather notes and dissect film footage.

“I was on the sidelines my entire life,” he said. “The leadership, you see it. You watch the players. You know what it takes to be a leader. I tell my players at Western, people want to be led.

“As a youth you don’t realize what level dad is coaching at, but you remember going to coffee shops exchanging film. I’d have my ninja toys with me, and the next minute I’d be holding dummies. Dad didn’t push us. He wanted us to do what we wanted to do. Heck, I was a big-time soccer player. I didn’t start playing football until middle school. For two years I did both.”

By his freshman year, Alex was all in for football. His was one of best classes the school has had for the sport, and Alex recalls that 40-50 of his classmates showed their dedication by increasing their work in the weight room.

Playing with his brother for two years and with his father for all four only made Alex more determined.

“I can’t talk football and family without getting emotional about it,” he said. “Watching your dad work 18 hours on the weekend, turning the pages of his legal pad, he was always doing something. I remember eating eggs for breakfast every day and peanut butter sandwiches for lunch to try and get as much protein in our bodies. I’d get up as a child, and he’d be on his third cup of coffee. He never stopped. He saw us wanting to be around the game, and he helped in any way he could to make us better.

“Everything I know, I’ve seen him do.”