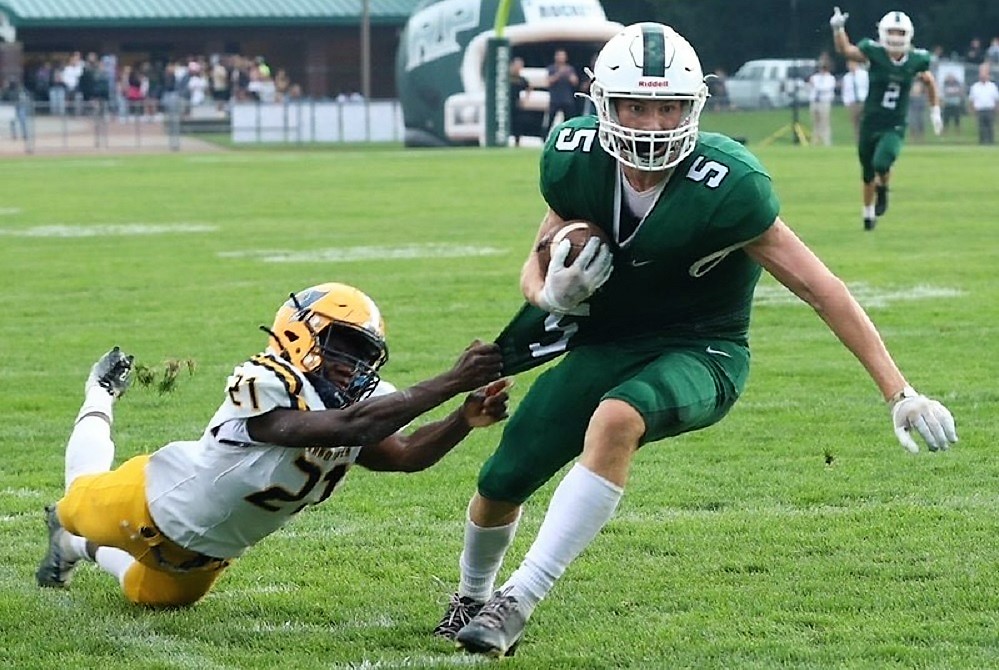 Tayte VanderLeest is a prototypical receiver and safety, with great size (6-foot-4, 200 pounds) and speed (4.5 seconds in the 40-yard dash).

Muskegon Reeths-Puffer first-year coach Cody Kater also gushes about the senior’s work ethic and attitude, and concludes by saying, “He’s the kind of kid you want to date your daughter.”

“I would say he’s too nice,” said Kater, a two-time all-stater at Montague who went on to play quarterback at Grand Rapids Community College and Central Michigan. “We’d like to see him a little grittier, but he’s a gamer and I have seen him flip that switch. I expect him to do that this Friday night.”

Reeths-Puffer (2-0) plays one of its biggest football games in years Friday, when it travels across town to face Muskegon (1-1) in the Ottawa-Kent Conference Green opener for both teams.

Historically, it hasn’t been much of a game, with Muskegon holding a lopsided 22-1-1 edge in the all-time series, and with most of those games in the blowout category. Muskegon has won the past nine games by an average of 44 points.

That puts the Rockets into a somewhat ideal position – no pressure, but with the opportunity to make a huge statement.

“It’s very exciting,” said VanderLeest, a returning all-conference receiver who has received interest from several Mid-American Conference schools including Central Michigan, Eastern Michigan and Miami (Ohio). “We are 2-0, which is great, but this is the kind of game where we can really prove ourselves. We want to show that we belong in big games like this.”

Puffer opened the season with a convincing 32-20 win over visiting Grand Haven, then hit the road last Thursday for a 38-14 win over St. Johns.

Muskegon, meanwhile, has not looked like its normal dominating self thus far (although playing a pair of strong opponents certainly has been a contributing factor). The Big Reds rallied from an eight-point, fourth-quarter deficit for a 20-14 win over visiting East Kentwood in the opener, then lost 49-16 on Friday to reigning Division 2 champion Warren De La Salle Collegiate. East Kentwood bounced back last week to defeat Bloomfield Hills Brother Rice, and De La Salle hasn’t lost since the 2020 Division 2 championship game.

Some of the issues for Muskegon are injuries and youth, with 13th-year head coach Shane Fairfield looking for more seniors to step up in leadership roles. 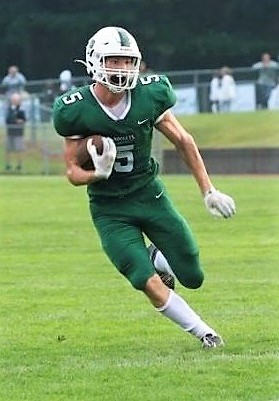 VanderLeest and other strong senior leaders like quarterback Brady Ross and center/defensive tackle Hunter Allison have sparked the Rockets’ quick start. The soft-spoken VanderLeest is more of a leader-by-example, although Kater said he has noticed him becoming more vocal with the younger receivers and defensive backs.

VanderLeest is one of those players who has football in his blood, literally, as his father Rob VanderLeest was an all-state lineman at Muskegon Catholic Central and went on to play four years at Michigan under Gary Moeller and Lloyd Carr.

“Football is in my DNA,” explained Tayte VanderLeest. “It’s been part of my life as long as I can remember. Now I’m a senior, and I feel the pressure on me to live up to the standards that my dad set.”

He will play a key role defensively from his strong safety spot, where one of his main duties will be trying to tackle Muskegon’s dynamic junior duo of running back Jakob Price and slotback Destin Piggee, preventing long TD runs and forcing the Big Reds to march the ball down the field.

VanderLeest had five tackles and an interception last week at St. Johns, in a game that was tied at halftime before Puffer pulled away with a 24-0 scoring edge in the second half.

“He has a knack defensively for knowing where he needs to be and always ending up around the ball,” explained Kater, who also was the offensive coordinator at Montague during the 2020 season, helping the Wildcats to an undefeated record and the Division 6 championship. “A lot of that stuff you can’t really teach. Because of that, we’re letting him roam around a little bit back there.”

Kater, 30, is calling the offensive plays for R-P, while his former CMU teammate Alex Smith – who most recently served as head coach at Holton – is the defensive coordinator.

The bigger goal for the Rockets, beyond this week’s showdown at historic Hackley Stadium, is to get into the playoffs and then win a playoff game – something they have not done in 30 years since their memorable, undefeated 1992 season, which ended with a Class A title.

Puffer has qualified for the playoffs five times since that championship season, but each of those postseason appearances were “one and done.”

Kater is encouraged that R-P has enough high school football players to field freshman, junior varsity and varsity teams – something that less than half of the teams in the O-K Green can claim. He also notes that the Rockets have good athletes and numbers in their middle school and youth programs.

He believes this year’s senior leaders like VanderLeest, who hung in there through a 3-6 junior season and a coaching change, will be remembered as the ones who turned the tide.

“I don’t think you’ve seen the best of Tayte yet,” said Kater, the sixth head coach for the Rockets since Hall of Famer Pete Kutches led them to that 1992 title. “We are coaching him extremely hard, and he is getting better. He is a pillar of our team.”

PHOTOS (Top) Muskegon Reeths-Puffer’s Tayte VanderLeest (5) works to break away from a Grand Haven defender during an opening-night win. (Middle) VanderLeest cuts upfield during the 32-20 victory. (Photos by Joe Lane.)