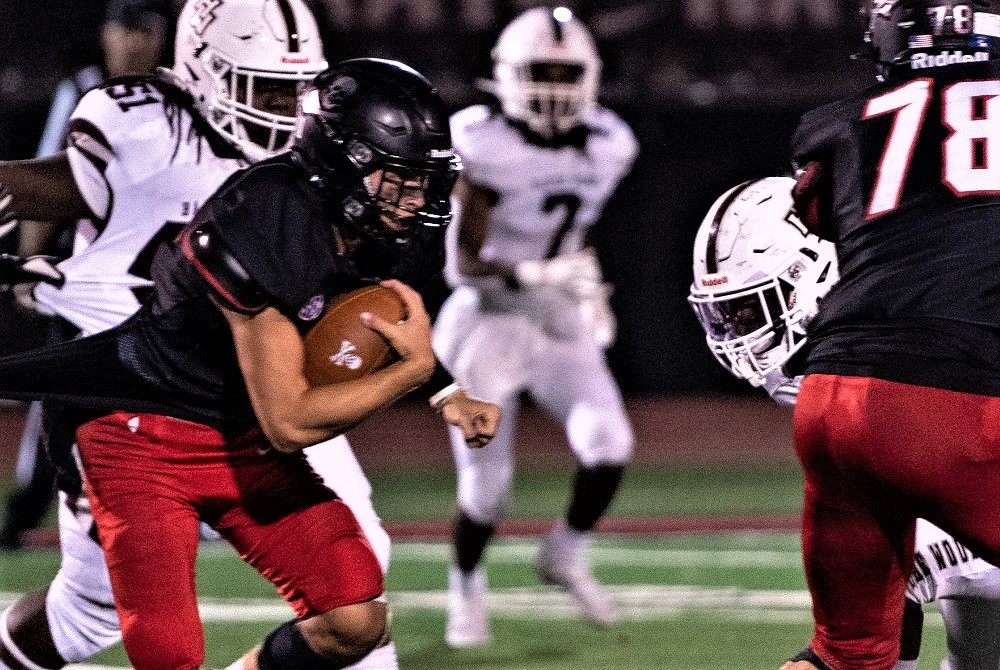 PINCKNEY — Senior Jimmy Bona is the third of four boys in his family to play quarterback at Pinckney. As the youngest, with twin brothers 10 years older, his introduction to football came in the front yard of the Bona home.

And it was what you’d expect.

“It started in our front yard,” said Dominic, the first of the three sons, who later became a standout quarterback at Albion College. “Joe was 8 and Jimmy was 6. We used to beat up on them.”

“They did not go easy on us,” said Joe, who played quarterback his senior season in 2019 and now is a finance major at Michigan State. “They made us way more tough, mentally and physically. They made us who we are today.”

These days, Dominic, a starter in 2011-12, and Joe both help mentor their brother – Dominic from his home in the Denver area and Joe from East Lansing.

“I watch a little film here and there,” Dominic says. “I give them tips on coverages and footwork. I started with Joe and now going to Jimmy. He’s doing a great job.”

Jimmy Bona has completed 58 percent of his passes for 674 yards and 11 touchdowns versus only two interceptions, as the Pirates (5-2) finished play in the Southeastern Conference White in second place with a 4-1 record.

He’s the youngest of Tony and Jackie Bona’s six children total, which includes two sets of fraternal twins. Dominic and Mitch, a former Pinckney hockey player who now is an Army Ranger; sister Allison; and Joe and Rachel, who is a member of the Grand Valley State University dance team.

It’s a close-knit family, and the three older kids were frequently each assigned one of their siblings to keep an eye on when on expeditions outside the home.

It was definitely a football family, for the most part, according to Jackie.

“Jimmy was born in September,” she said. “I was at Dom’s game with Jimmy, a week later. I can’t tell you how much we’ve enjoyed the process. We’ve been doing this for so long. We moved here when Mitch and Dom were in the second grade. I’ve had a kid in football for 20 years.”

The older brothers always included their younger siblings in whatever games were being played in the front yard. 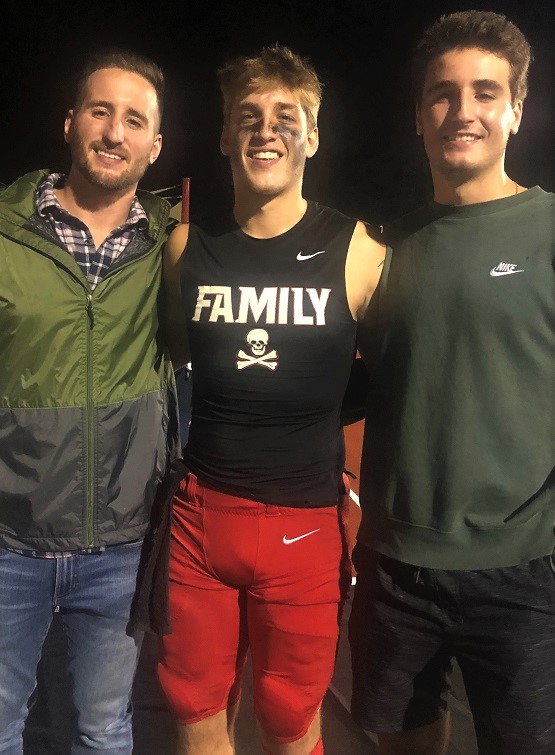 “It was a rough house to live up to,” Jimmy said. “They taught me a bunch of stuff, like life lessons. My parents weren’t in the house much because they were working, so (my brothers) kind of raised me and made me who I am today. I can’t thank them enough.”

The front yard football field used the Bonas’ driveway and a neighbor’s as end zones.

“You didn’t want to get tackled in the end zone,” Dominic said, laughing. “You might hit a mailbox, too.”

The kids played indoors when the weather was bad, with results you also might expect.

These days, the Bonas are still a close family, keeping in touch with a family chat while Dominic and Joe do what they can to help Jimmy during his senior season.

“I text him every week,” Dominic says. “At the beginning of the week, I remind him to get his mind right, and on Friday morning I tell him to get into the zone, try and get his head right.”

The family gets together whenever it can, including last weekend, when Dominic and Mitch returned for Pinckney’s homecoming win over Ypsilanti Community. Joe, meanwhile, has attended all but one of the Pirates’ games this season.

Jimmy, in at least one measure, is no longer the little brother.

“When I got taller than my older brothers, I got way happier,” Jimmy said, grinning.

There’s a little sense of the bittersweet with the Bonas as Jimmy completes his high school journey.

“Some of these kids have been playing together since the first grade,” Jackie said. “It’s been a lovely experience I’ll never forget. It’s been amazing. But it’s never been this quiet at our house, ever. I can’t believe it’s almost over. When they say the days are long and the years are short, it’s true.”

Pinckney coach Rod Beaton was an assistant when Dominic played for the Pirates a decade ago, and coached both Joe and Jimmy Bona on the Pirates varsity.

“Unfortunately, there are no more Bonas in the pipeline,” Beaton said, laughing. “But I will tell you, they’ve set a precedent.”