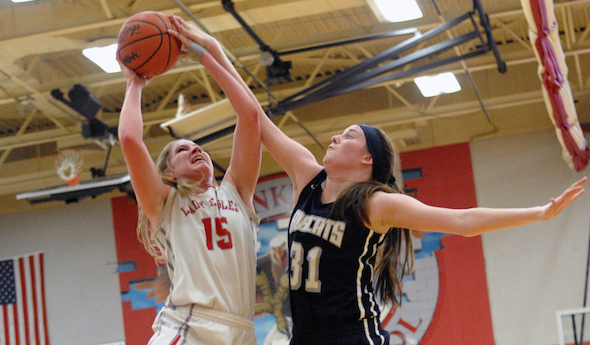 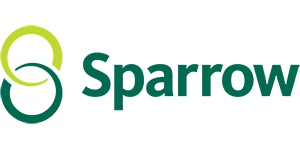 Five more Class A and B semifinalists have the opportunity this weekend to join them as MHSAA champions for the first time.

All four Class A and B Semifinals will be played Friday, with all four championship games Saturday.

Tickets cost $8 per pair of Semifinals and $10 per two-game Finals session. All Semifinals will be streamed live on MHSAA.TV on a pay-per-view basis. All four Finals will be broadcast live on Fox Sports Detroit’s primary channel, with the Class B game on a delayed basis at 10:30 p.m. Free radio broadcasts of all weekend games will be available on MHSAANetwork.com.

And now, a look at the semifinalists in Class A and B. Click on the name of the school to see that team’s full schedule and results from this season. (Statistics are through teams' Regional Finals except for St. Johns’, which are through the regular season.)

HUDSONVILLE
Record/rank: 23-3, unranked
League finish: First in Ottawa-Kent Conference Red
Coach: Casey Glass, seventh season (83-77)
Championship history: Has not played in an MHSAA Final.
Best wins: 40-32 over East Lansing in Quarterfinal, 45-44 over honorable mention Muskegon Mona Shores in Regional Final, 59-58 and 55-47 over East Kentwood.
Players to watch: Kasey DeSmit, 5-7 soph. G (12.3 ppg, 4.8 apg, 51 3-pointers); Shaina DenBesten, 5-10 sr. F (11.3 ppg, 6.1 rpg).
Outlook: Hudsonville has won 21 straight games on the way to its first MHSAA Semifinal, and few teams have as much close-game experience – the Eagles have six wins and lost twice by four or fewer points. They are eight wins better than a season ago and have taken a huge jump since going 2-19 in 2013-14. This experience to should pay off in the future as well as four starters and six of the top eight players should be back next winter. Six-foot junior center Chloe Guingrich adds 9.3 points, 6.6 rebounds and nearly two blocks per game.

ST. JOHNS
Record/rank: 23-3, honorable mention
League finish: Tied for first in Capital Area Activities Conference Red
Coach: Mark Lasceski, 20th season (328-125)
Championship history: Has not played in an MHSAA Final.
Best wins: 46-43 over No. 2 Saginaw Heritage in Regional Final, 37-31 over No. 9 Flushing in District Final, 48-38 and 52-40 over No. 6 Haslett, 56-50 over East Lansing, 61-50 over Class C No. 10 Saginaw Nouvel.
Players to watch: Maddie Maloney, 5-7 soph. G (12.1 ppg, 4.9 apg); Erika Ballinger, 5-7 jr. G (10.9 ppg, 42 3-pointers); Brooke Mazzolini, 5-8 sr. F (10 ppg, 5.4 rpg).
Outlook: St. Johns joins Haslett and DeWitt as teams from the CAAC Red to make the MHSAA Semifinals over the last two seasons after splitting the league title with both this winter. The Redwings last made the Semifinals in 1997, but should contend to return with Mazzolini and starting forward Jessica Hafner the only seniors. St. Johns relies on balanced scoring and a gritty defense that gives up only 35 points per game despite having only one player taller than 5-8. The only losses were once to Midland early and twice to No. 7 DeWitt.

WARREN COUSINO
Record/rank: 21-4, unranked
League finish: Tied for first in Macomb Area Conference Red
Coach: Mike Lee, seventh season (124-41)
Championship history: Has not played in an MHSAA Final.
Best wins: 41-29 over Northville in Quarterfinal, 43-39 (Regional Final) and 47-37 over Bloomfield Hills Marian.
Players to watch: Kierra Fletcher, 5-9 jr. G (21.4 ppg, 10.6 rpg, 5.2 apg, 3.6 spg); Erin McArthur, jr. G (9.5 ppg, 5.5 apg, 59 3-pointers); Mackenzie Anderson, 5-5 sr. F (9.5 ppg, 9.2 rpg, 3.2 apg).
Outlook: Cousino has won at least 15 games all seven seasons under Lee, but broke through this winter with a first Regional title in program history – and with only one senior, Anderson. A strong junior group fills most of the rest of the significant roles, with freshman Mackenzie Cook also a starter. Two of the team’s four losses came to Port Huron Northern, the co-champion in their league, which also went on to make the Class A Quarterfinals.

GRAND RAPIDS SOUTH CHRISTIAN
Record/rank: 24-2, No. 3
League finish: Tied for first in O-K Gold.
Coach: Kim Legge, first season (24-2)
Championship history: Class B champion 1988, two runner-up finishes.
Best wins: 70-50 over No. 4 Grand Rapids Catholic Central, 59-53 over No. 6 Williamston in Regional Semifinal.
Players to watch: Jennifer DeBoer, 5-7 sr. G (16.8 ppg, 6.0 apg, 5.1 rpg, 3.6 spg, 71 3-pointers); Markayla Vander, 5-8 sr. F (12.4 ppg, 5.3 rpg).
Outlook: Anchored by an all-senior lineup, South Christian is striving to return to the Class B Final for the second time in three seasons; it finished runner-up to Eaton Rapids in 2014. The Sailors haven’t missed a beat under first-year coach Legge, an assistant for 20 seasons before taking over the program this winter. DeBoer runs the point and is the top shooter in school history, this season leading a group that had made 147 3-pointers entering the week. The only losses came by two to Caledonia, also a league champion, and in the regular-season finale to GRCC, the other champion in the O-K Gold.

MARSHALL
Record/rank: 24-1, No. 7
League finish: First in Interstate 8 Athletic Conference
Coach: Sal Konkle, 16th season (281-95)
Championship history: Class B runner-up 1981.
Best wins: 41-30 over No. 4 Grand Rapids Catholic Central in Quarterfinal, 62-44 over honorable mention Stevensville Lakeshore in Regional Semifinal, 54-53 and 46-35 over Jackson Northwest.
Players to watch: Nicole Tucker, 5-10 jr. C (12.3 ppg, 8.0 rpg); Emily Delmotte, 5-9 jr. F (8.6 ppg, 4.6 rpg).
Outlook: Marshall played in its third Quarterfinal in five seasons Tuesday, but will return to the Semifinals for the first time since that 1981 runner-up finish. A balanced lineup has made Marshall dominant, with the only loss on opening night to No. 6 Williamston. Six players average at least 4.5 points per game; junior Jill Konkle follows Tucker and Delmotte scoring 7.7 ppg to go with 4.3 rebounds, 3.3 steals and 2.2 assists per game.

PHOTO: Bay City John Glenn has reached the Class B Semifinals in part because of its defensive excellence. (Click to see more at HighSchoolSportsScene.com.)