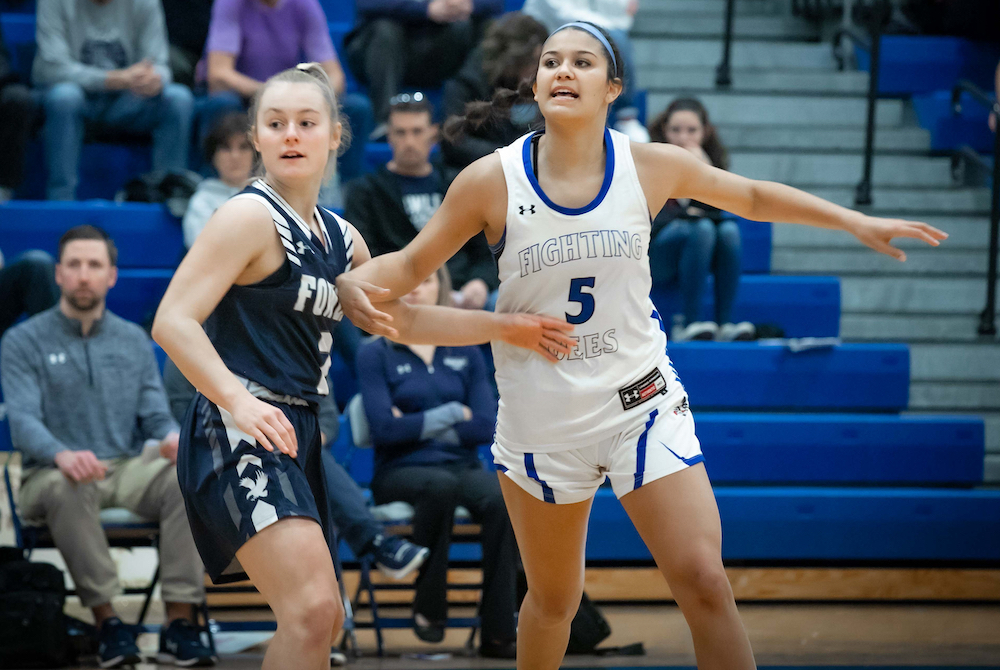 As February begins, some key dates should be on your girls basketball calendar:

In two weeks, Feb. 14, the MHSAA will announce the formula for drawing this season’s District tournaments.

On Feb. 20, Districts will be posted with the top-two seeded teams on opposite sides of those brackets.

On Feb. 28, those Districts will begin play and the MHSAA Tournament will be underway.

For a more detailed explanation of the seeding process, click here. Otherwise, sit back and enjoy – league tournaments for those playing them begin over the next few weeks, and the rest are rolling into the second runs through conference play with plenty of major matchups anchoring the calendar’s shortest month.

1. Farmington Hills Mercy 46, Dearborn Divine Child 43 With a week left in the league schedule, the Marlins (11-2) are back tied for first in the Detroit Catholic League Central after a Jan. 11 loss to Divine Child (12-1) had left them chasing the last few weeks.

3. Dexter 43, Saline 39 The Dreadnaughts (10-2) closed the first half of the Southeastern Conference Red schedule in first after handing Saline (11-1) its first loss.

4. Rockford 47, Holland West Ottawa 20 The Rams (12-1) kept pace a game back of leader Hudsonville in the Ottawa-Kent Conference Blue, while also knocking West Ottawa (10-3) out of a tie for first.

Macomb L’Anse Creuse North (13-1) The Crusaders have put together four straight winning seasons and are playing for a third-straight league title this winter – plus likely much more. LCN is a combined 31-2 over the last two seasons after reaching the Division 1 Quarterfinals last year, and the only loss this winter came in mid-December to Grosse Pointe North (10-1) – a possible Quarterfinals opponent this March.

Wayne Memorial (11-1) After falling to Division 3 contender Ypsilanti Arbor Prep in its season opener, Wayne Memorial has not been defeated and rarely challenged. The Zebras are in first in the Kensington Lakes Activities Association East and own a 40-point win over the second-place team, and their first win this winter was by 17 over 2021 Division 1 runner-up Detroit Renaissance. Wayne had fallen to Renaissance 75-72 in last year’s Semifinal.

Detroit Edison (5-1) The Pioneers are again considered the top team in Michigan regardless of division, with their lone loss in double overtime to Indiana power South Bend Washington on Dec. 11. Edison has had four games canceled, but finally had an opportunity to play a full week and defeated Division 1 East Lansing (8-4) and Parma Western (11-1), to go with an earlier win over reigning Division 1 champion Hudsonville. Edison makes a trip to Illinois this weekend, but has intriguing back-to-back games with Farmington Hills Mercy and Arbor Prep coming up.

Portland (11-1) The reigning Division 2 champion made a couple of loud statements last week, adding the best wins of a big start 45-21 over Division 1 East Lansing and 40-34 over Haslett (10-2). The only loss this winter came to league rival Lansing Catholic by three on Jan. 14 – and the Raiders host the rematch Feb. 18, with dates against Detroit Renaissance and Division 4 contender Fowler also coming up.

Bloomingdale (11-1) The Cardinals are lined up well to win at least 15 games for the third season over the last four (and after going 11-4 during last year’s abbreviated winter). They also control their destiny as they look to repeat in the Southwest 10 Conference, thanks to an assist from third-place Mendon, which defeated co-leader Hartford last week. Hartford won the first round against Bloomingdale by six Jan. 11, with the rematch at Hartford in the regular-season finale Feb. 22. Bloomingdale defeated Mendon (10-2) by six Jan. 19.

Brooklyn Columbia Central (10-2) The Golden Eagles moved into first place alone in the Lenawee County Athletic Association last week by completing a season sweep of former co-leader Blissfield (10-4). Columbia Central then hung on to first by avenging its lone league loss with Thursday’s 51-46 win over third-place Onsted (9-5). Next up is last season’s Division 3 champ Grass Lake, and Division 4 contender Adrian Lenawee Christian will provide a solid challenge heading into the playoffs.

Bay City All Saints (7-2) The Cougars opened their current four-game winning streak with a 33-28 win over Carsonville-Port Sanilac, the second-place team in the North Central Thumb League Stripes. Thanks to that victory, All Saints leads the division as it looks to add a second title in three seasons; the Cougars were second last year while getting in only seven games total. The team’s two losses this winter were to contenders in the NCTL Stars.

Pickford (7-1) The Pirates finished the first half of the Eastern Upper Peninsula Conference schedule undefeated in league play and won those five games by an average of 27.6 points per. But the most telling result might have been the team’s lone loss; Pickford’s 2018-19 and 2019-20 seasons ended with District losses to St. Ignace, but the Pirates fell only 58-56 to the Saints (11-2) on Jan. 19 and see them again Tuesday.

Tuesday – Portland St. Patrick (13-0) at Fowler (11-1) – The Central Michigan Athletic Conference title and a top District seed may be on the line as Fowler looks to avenge a 53-49 loss in the first meeting Dec. 17 between these Division 4 contenders.

Friday – Morley Stanwood (11-1) at Kent City (13-0) – Kent City won the Dec. 17 meeting 65-55 and can move within a game of clinching the Central State Activities Association Silver title by completing a sweep.

PHOTO Fowler, here against Bath, will face Portland St. Patrick this week in one of the season’s most anticipated rematches. (Photo by Christine McCallister.)