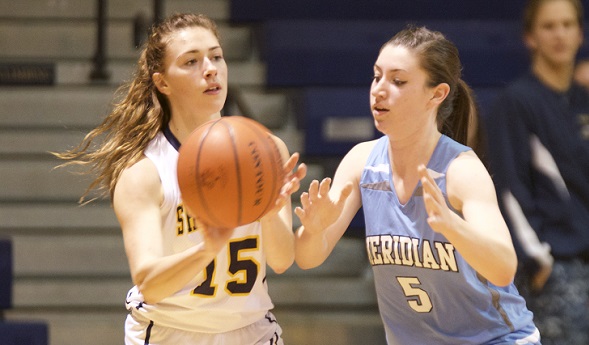 League schedules have started for some girls basketball teams already this winter, and with them the usual speculation of which contenders will lead the chase.

But we’re also keeping an eye out for a few more that are breaking into those conversations after showing early sparks.

Each week during the regular season, we’ll glance at four teams from each class that have caught our attention. Results and records below are based on schedules posted at MHSAA.com.

Alpena (3-0) – The Wildcats are seeking their first winning record in at least five seasons and possibly could be in line for more with only two more wins needed to equal last season’s total.

Jackson (4-0) – The Vikings lately have been only a slight factor in the Capital Area Activities Conference Blue race, with two fourth-place finishes over the last four seasons. But they could be in the thick of a competitive group after a 48-45 win over East Lansing on Friday gave them four wins, only two fewer than last year.

Midland (3-1) – A loss Friday to Class B power Bay City John Glenn aside, Midland is gearing up for another Saginaw Valley League run. The Chemics have handed the only losses so far to Freeland, St. Johns and Bay City Western.

Port Huron Northern (3-0) – The Huskies will again be a team to watch after going 21-4 a year ago; they have won their first three games by 19, 31 and 37 points, respectively, after a similar start last December.

Ada Forest Hills Eastern (3-0) – The Hawks were 15-7 a year ago so another nice start isn’t a surprise, but beating Lowell 57-50 last week is a bonus after they lost to the Red Arrows by seven last December.

Birch Run (3-0) – The Panthers can circle Jan. 13 on their calendars; beating Millington 56-50 last week could mean Birch Run will again be the main contender with Frankenmuth, the opponent that night, for the Tri-Valley Conference East title (although Otisville LakeVille on Wednesday also will be a challenge).

Fowlerville (4-0) – Two of the first four wins have come by three points apiece and a third was by only six, but Fowlerville will take them gladly; the Gladiators have equaled their total of a year ago, when they finished 4-17.

Bath (4-0) – Winning 12 games each of the last two seasons, the Bees have been on the verge. They might be taking that next step this winter, with an early 51-31 win over Portland St. Patrick possibly making a difference in the Central Michigan Athletic Conference race.

Grand Rapids Covenant Christian (4-0) – The Chargers needed to bounce back from a 1-3 start last year to get back to .500, but things are off on a much better note with wins over Sparta (55-19) and Hudsonville Unity Christian (46-40) avenging December losses of a year ago.

Sand Creek (3-0) – The Aggies quietly improved from five wins two seasons ago to 14 last winter, and have continued the surge with last week’s 49-45 win over Adrian Lenawee Christian avenging one of last winter’s losses.

Lake Linden-Hubbell (4-0) – The Lakes are halfway to last season’s win total and looking for their first winning season in three after downing Watersmeet and Ewen-Trout Creek on back-to-back nights.

PHOTO: Shepherd, in white, picked up its first win of the season last week against Sanford Meridian. (Click for more from HighSchoolSportsScene.com.)