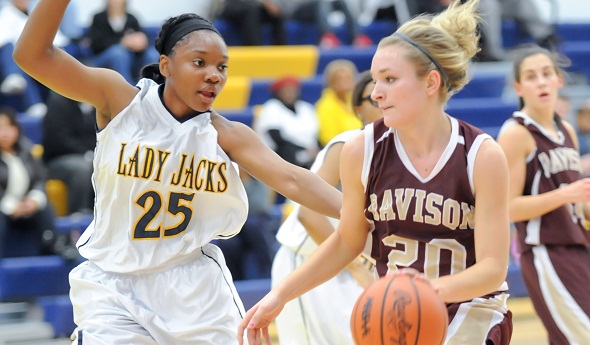 We're officially midway through the MHSAA girls basketball season. And the contenders are starting to break away from the pack.

Those on this week's list of high performers look like strong possibilities to keep rolling into their District tournaments that begin in only six weeks.

Records and scores below are based on those submitted to the MHSAA.com Score Center.

1. Clarkston (8-1) – The Wolves have cruised since their only loss, to Macomb Dakota a month ago, and handed outstanding Southfield-Lathrup its only loss this season (37-35) on Friday.

2. Crystal Falls Forest Park (11-0) – Unless you made it for an early Class D Semifinal last season, or are a Division I college coach, you may not know much about Lexi Gussert. But get ready to hear more.

5. Holly (9-1) – The Bronchos haven’t fallen again after losing to Hartland by five on opening night, and are only six wins from equaling last season’s total.

6. Davison (8-2) – After starting 0-2, Davison has run off eight straight wins including a strong 62-28 victory over Saginaw Arthur Hill on Friday.

7. Oxford (8-1) – The Wildcats have won six straight since losing to White Lake Lakeland (and added a seventh-straight win tonight by beating Troy by three to go to 9-1).

9. Gladwin (7-1) – The Flying Gs’ only loss was by two to Roscommon, and they no doubt are looking forward to that rematch on Jan. 29.

10. Sterling Heights Stevenson (7-1) -- Stevenson knows how to win the close ones, with two one-point victories plus a 60-55 overtime win over Macomb L’Anse Creuse North on Thursday.