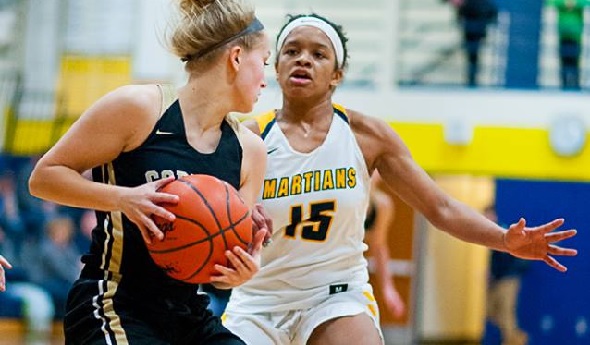 We’re two weeks from the start of District tournaments in girls basketball, and diligently working to bring fans fully up-to-date on what they could see when the postseason begins.

But there are still plenty of substantial games to play … so many this week that league-deciding matchups like Flint Beecher/Goodrich and Hamilton/Zeeland West just missed our “Can’t-Miss Contests” below.

In addition to our weekly “Countdown to Calvin” reports, please be encouraged to check out MHSAA.com; click “Schools” to search for full schedules, results and standings for every team, and click “Sports” and then “Girls Basketball” for brackets for every District and Regional.

Countdown to Calvin is powered by MI Student Aid and based on results and schedules posted for each school on our site. To offer corrections or help us fill in missing scores, email me at Geoff@mhsaa.com.

1. St. Ignace 87, Goodrich 56 – Here come the Saints; untested for most of the season, they passed their toughest so far in a big way to remind the rest of the state they’ll be among Class C contenders.

2. Goodrich 57, Flushing 51 (OT) – Don’t sleep on the Class B Martians; four days before falling to St. Ignace, they beat the reigning Class A champion in overtime.

3. Macomb Dakota 51, Clarkston 41 – These two stand to be contenders in Class A, Dakota as the Macomb Area Conference Red co-champ and Clarkston right now trying to close out at least a shared Oakland Activities Association Red title.

4. Midland Dow 52, Midland 33 – The Chargers have won six of their last seven to climb back into the thick of the Saginaw Valley League race, this time avenging a 12-point December loss to their rival.

East Lansing (15-0) – The Trojans have built on last season’s 21-3 finish with another dominating run. East Lansing opened this winter with a 10-point win over Marshall and has added victories over DeWitt and Williamston – both 15-1 – to a perfect run through the Capital Area Activities Conference Blue that saw them win their first meeting with second-place Okemos by 34.

Utica Eisenhower (15-1) – A 10-point loss to Lake Orion on Nov. 28 has to feel like a distant memory as Eisenhower enjoyed a perfect run through the MAC White after finishing second in the league a year ago. Now comes a major opportunity to impress – the MAC Red/White tournament beginning today and will give the Eagles a chance to match up with opponents from one of the state’s most touted leagues.

Edwardsburg (16-1) – The Eddies are one victory from completing a perfect run through the Wolverine Conference South for the second straight season and have won 14 straight; the lone defeat came by three points to Class A St. Joseph on Dec. 5. Only two other games have been decided by fewer than 14 points, and the District this season includes four opponents Edwardsburg has swept so far.

Kingsley (17-0) – This indeed has been a special season for the Northwest Conference-leading Stags, who have beaten all of their opponents by at least 16 points and most by many more. That 16-point win was the only loss for rival Maple City Glen Lake – which beat Kingsley twice last season to win the league title.

Detroit Edison Public School Academy (15-1) – Although it’s a matchup Edison needs to be watchful for during the tournament, the five-point loss to Ypsilanti Arbor Prep on Jan. 11 has been the only trip-up for the reigning Class C champion. The list of wins is awe-inspiring: Detroit Martin Luther King, Detroit Country Day and Ann Arbor Huron all fell to the Pioneers by double digits.

Maple City Glen Lake (16-1) – The Lakers would be undefeated this season if not for that 16-point loss to Kingsley noted above – and surely they’ve circled the Feb. 20 rematch. Aside from that defeat, only two other games have been decided by single digits – and Glen Lake has won its last five by an average of 44 points per game.

Adrian Lenawee Christian (15-1) – A one-point loss to Class A Monroe in January is all that’s kept Lenawee Christian from a perfect run. Early, the Cougars beat a Class B Ida team that went on to win the Lenawee County Athletic Association title outright. Most recently, they downed Class A Dexter by 14 on Thursday.

Ewen-Trout Creek (12-3) – The school’s boys team has gotten a ton of attention as one of the state’s best in Class D, but the girls are right there as well. A seven-game winning streak included a 54-49 overtime win last week over Ontonagon, the only team with a chance of catching the Panthers in the Copper Mountain Conference Porcupine Mountain division.

Thursday – Bay City Western (14-1) at Saginaw Heritage (14-0) – Western suffered that lone loss to Flint Carman-Ainsworth on Feb. 2, but downing the Hawks would put all three in line to share the Saginaw Valley League title.

Saturday – St. Ignace (17-0) at Detroit Edison Public School Academy (15-1) – Could these be the state’s best in Class C? This one could be a preview of a late March rematch. 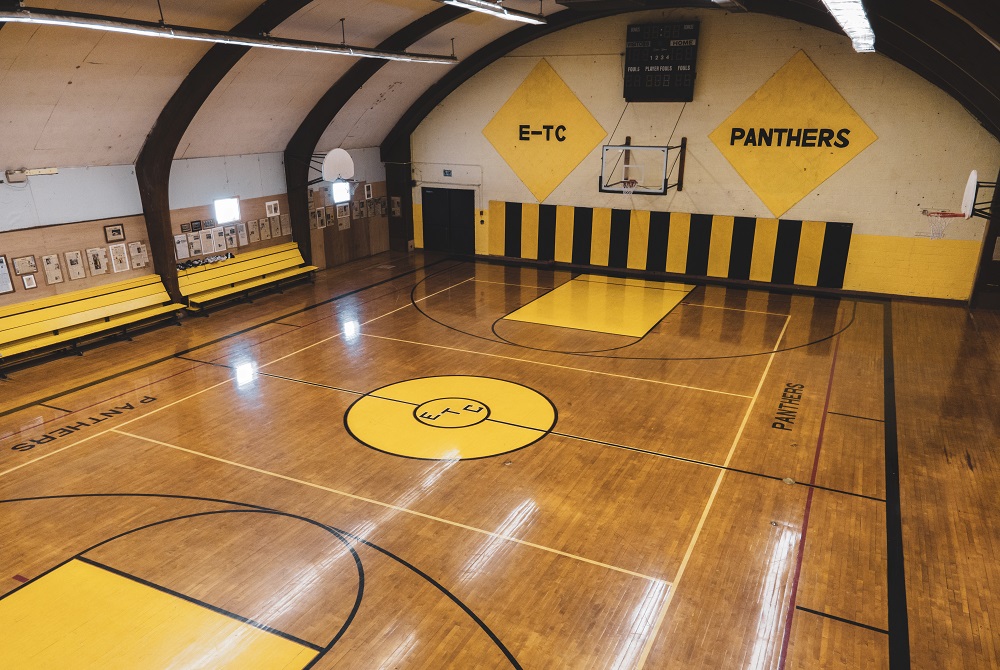